3 things we observed as the Mavericks down the Nuggets, 113-97

3 things we observed as the Mavericks down the Nuggets, 113-97

3 things we observed as the Mavericks down the Nuggets, 113-97
NBA 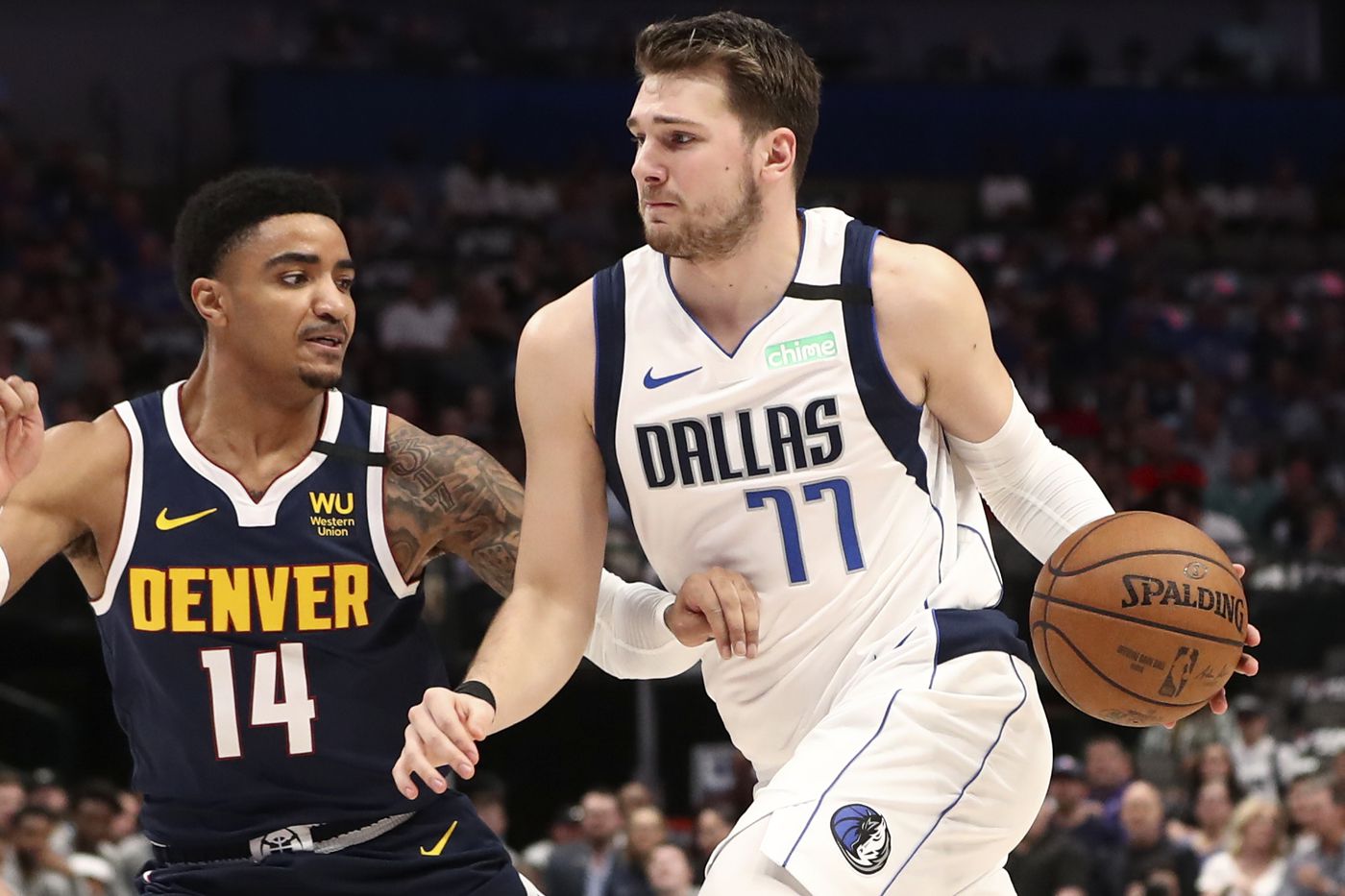 The Dallas Mavericks and Denver Nuggets tipped off in what could possibly be the last game in front of fans in the American Airlines Center and put on a dazzling shooting display. The Nuggets looked poised to jump out to a big lead up 27-21, but the Mavericks closed the quarter on a 12-2 scoring run and connected on 7-of-12 from behind the arc to take a 33-29 lead after one.

The second quarter saw Luka Doncic play all 12 minutes, but it proved to be successful as the Mavericks were able to keep the Nuggets at bay and even stretch their lead. Doncic and Boban Marjanovic combined to score 18 of the Mavericks’ 24 points in the quarter. Both teams cooled off from deep, but Dallas was able to hold a 57-50 lead into the half.

The third quarter was particularly strange, and not necessarily because of anything happening on the court. About midway through Adrian Wojnarowski tweeted the NBA was suspending the season because Rudy Gobert tested positive for COVID-19, but the Mavericks-Nuggets game would finish it’s course. So the team’s played on and Jamal Murray and the Nuggets caught fire, rattling off a 19-7 run to take a 78-72 lead with four minutes remaining in the quarter. In all the Nuggets made five triples and scored 35 points in the quarter to take an 85-84 lead into the final frame.

The Mavericks raced out of the fourth quarter gates on an 8-0 run, and Marjanovic was responsible for six of those points that helped the Mavericks climb back in front and never looked back. Compared to the third quarter, the Nuggets went cold, missing several open tries from deep. And the Mavericks attacked the basket relentlessly and had Marjanovic clean up any mess.

It was a strange, surreal night. The energy in the arena seemed zapped, but the Mavericks somehow fought to victory on the second night of a back-to-back against a very good team. Marjanovic was the star (more on that below), but Doncic also compiled 28 points, nine assists and six rebounds leading the Mavericks to a 113-97 win. The Nuggets were paced by Murray’s 25 and Will Barton’s 23 points.

Here are some notes:

Boban was a beast
With Kristaps Porzingis resting on the second night of a back-to-back, Marjanovic got the starting nod and crushed the Nuggets in his gigantic, Goliath-sized hands. This season showed Marjanovic is a spot player, but a matchup against another slow-footed big like Nikola Jokic appeared to be a suitable environment for the Mavericks’ big man to show off his skill. And he didn’t just show glimpses, he dominated.

Marjanovic finished the game with career-high 31 points and 17 rebounds, nine of those rebounds being offensive. His counterpart, Jokic, finished with 14 points, 13 rebounds and eight assists, but shot the ball only 10 times because Marjanovic is massive and eats space like he’s chewing gum. Maarjanovic didn’t play every game this season, but he went out with a massive bang and standing ovation from the fans.

Delon Wright showed up
Once again, with many players on the shelf, Wright got some extended run and stuffed the stat sheet. He finished with 10 points, nine rebounds, four assists and four steals while being a game-high plus-27. Only four Mavericks’ reserves played, but Wright’s 28 minutes were by far the most as his length, ball handling and defense were all much needed with players like Dorian Finney-Smith, Seth Curry and Jalen Brunson all out.

If this was the final game.. it was a fantastic season
I predicted Dallas to win around 40 games this year, and they were well on their way to shattering my expectations. I thought Doncic would make strides this season, but he vaulted himself into MVP talk on opening night. I was happy Seth Curry was back, but I wasn’t banking on him shooting a career best from three, and canning triples almost automatically after the all-star break. And I sure didn’t count on Tim Hardaway Jr. rounding into a go-to scorer and X-factor for the Mavericks, but he was Dallas’ second best player for most of the season.

I got frustrated with the Mavericks’ inability to close games. Or Doncic’s free-throw shooting. And I was even a little impatient with Porzingis’ return from injury. But I think that goes to show how quickly the Mavericks jumped back into playoff contention after 2-3 years of mediocrity (to put it nicely) and how drastically expectations changed because they played well.

Let’s hope the NBA and the country can get a grasp on COVID-19, and the league can resume in time for the playoffs. But also let’s hope that this gets quelled so that the Americans can go back to work, see loved ones and live their lives without fear.

Mavs Moneyball will have continued coverage of the outlook of the NBA season, so stick with us as we navigate an unprecedented moment in NBA history.