The Grizzlies pulled off the perfect small market rebuild

The Grizzlies pulled off the perfect small market rebuild

The Grizzlies pulled off the perfect small market rebuild
NBA 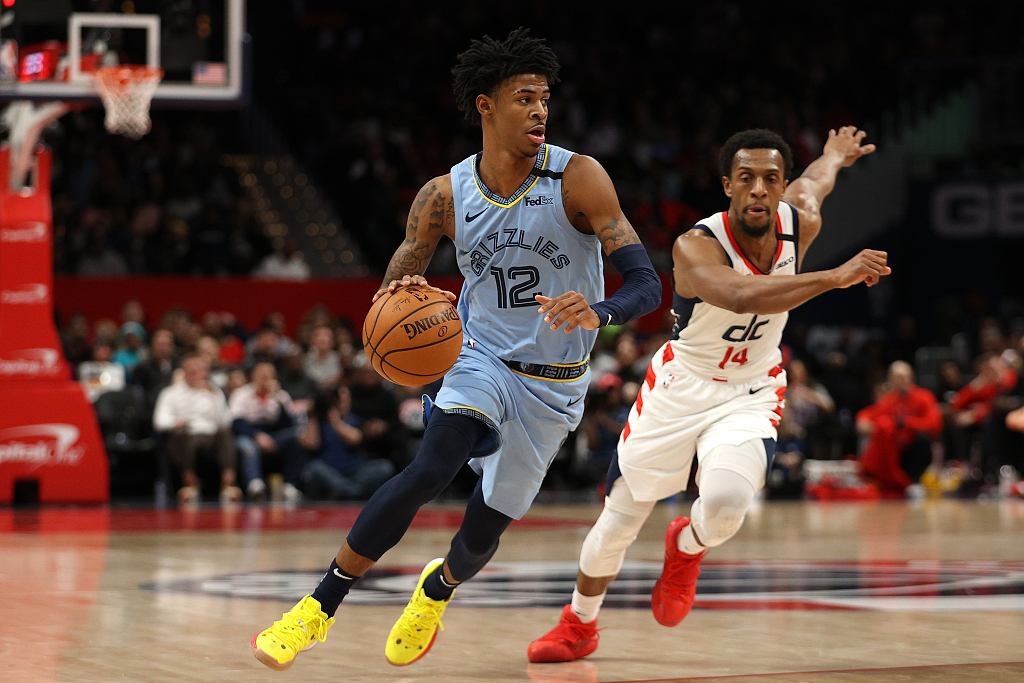 The Memphis Grizzlies had to feel good about the state of their rebuild from the moment they hurdled six teams in the lottery to land the No. 2 overall pick in the 2019 NBA Draft. Memphis’ transition out of the Grit-n-Grind era was already in full swing at that point: Zach Randolph and Tony Allen were long gone, and Marc Gasol was sent to Toronto at the trade deadline. The next generation of the Grizzlies would be shaped by 30-year-old general manager Zach Kleiman, and soon 35-year-old head coach Taylor Jenkins. Securing the No. 2 pick was all Memphis needed for the second phase of its bold makeover.

Despite season-long speculation that Duke wing R.J. Barrett would be in contention for the second pick, Memphis acted quickly and decisively with their promise to Ja Morant. Nabbing their point guard of the future allowed Memphis to trade off the last vestige of its bygone era, sending Mike Conley to Utah for the No. 23 pick in 2019, a future first with varying protections, and veterans Jae Crowder and Grayson Allen.

The Grizzlies spent the rest of their offseason trying to build, if not necessarily trying to win. This would be one of the NBA’s youngest teams, one free of the burden of expectations while figuring out exactly what they had. We predicted the Grizzlies would be fun. No one expected them to be good, especially not the oddsmakers in Las Vegas.

The Grizzlies opened the season with a win total over-under set at 26.5 by Draft Kings and select Vegas casinos. Only the Cavaliers and Hornets were expected to be worse. Those prognostications looked safe when Memphis started the year 6-16. Since then, they made them look incredibly foolish.

As Memphis shot past the Washington Wizards for another victory Sunday night, the Grizzlies picked up their 27th win of the year and moved one game over .500. That meant the Grizzlies stayed 2.5 games ahead of the Portland Trail Blazers for the eighth and final playoff seed in the Western Conference. It also meant the Grizzlies eclipsed the regular season win total set by bookmakers.

Since hitting 10 games under .500 on Dec. 7, the Grizzlies have the eighth-best record in the NBA at 21-10. It’s a remarkable achievement for a team that is already years ahead of schedule. This is how the Grizzlies soared past their expectations sooner than anyone expected.

Morant has been a star from Day 1
Morant is going to be Rookie of the Year, but he’s so much more than that, too. Based on his scoring efficiency while carrying a major usage burden and his impact on team success, Morant already fits the rough qualifications of a star. That is so rare for a rookie, especially one playing point guard.

The last decade of league history is littered with point guards who took their lumps as rookies. The Cavs won 19 games with Kyrie Irving. The Lakers won 17 with D’Angelo Russell. The Kings won 27 with De’Aaron Fox and the Hawks won 29 with Trae Young. There’s a long line of first-year point guards failing to lead their teams to wins. Morant has changed that.

Morant’s 57.1 percent true shooting and 35 percent assist rate stacks up well against any rookie point guard to enter the league in recent memory, from Derrick Rose to Russell Westbrook to John Wall. Every trait that was promised in the pre-draft build up has translated. Yes, his athleticism is functional and it allows him to pressure the rim at will. His passing vision is superb. He also plays with a creativity that can’t be taught, finding new openings for himself and his teammates that no 20-year-old would be expected to uncover.

The Grizzlies are ahead of schedule largely because Morant is. What he’s doing as a rookie starter is truly unique.

The rest of the Grizzlies’ young core is also ready to win
Jaren Jackson Jr. was the first piece for the Grizzlies’ rebuild as the No. 4 pick in the 2018 draft. While Jackson went after Deandre Ayton and Marvin Bagley III, sharp observers viewed him as the best prospect in that draft after Luka Doncic. After an up-and-down rookie year where he battled injuries and consistent foul trouble, Jackson has made huge strides in year two to start becoming the player he always held the potential to be. Read Mike Prada’s deep dive into Jackson’s sophomore year for more on that.

Jackson’s combination of volume three-point shooting — 40 percent on 6.4 attempts per game — and shot-blocking makes him the perfect modern big man. While Jackson’s skill set is tantalizing, he does have some holes in his game in terms of rebounding and vertical explosion that aren’t ideal in the front court. Memphis helped cover those up by acquiring Brandon Clarke with the pick originally sent over by the Jazz in the Conley deal.

Clarke was one of the great college basketball players of the decade, and he’s picked up exactly where he left off at Gonzaga. A ridiculous athlete with a sharp feel for the game and rare touch around the basket, Clarke was overlooked because he was too small and too old for the NBA. The Grizzlies pounced, and now should have a great complement to Morant and Jackson in the front court for years. Clarke is already a super efficient scorer, versatile defender, and human highlight reel waiting to happen. The rest of the league’s loss was Memphis’ gain.

There’s also De’Anthony Melton, the second-year shooting guard acquired from the Suns at the start of the season. The Grizzlies’ rise has coincided with Melton’s insertion into the rotation, giving Jenkins a bulldog perimeter defender who forces turnovers and often blankets the man he’s covering. Memphis fans who watched Allen’s best work for the last 10 years will have a special fondness for Melton’s ball pressure defensively. Paired with the skill of Morant and Jackson and the two-way play of Clarke, Melton appears to be another core piece who can push this Grizzlies’ rebuild forward.

The veterans played their part, too
The young Grizzlies get all the attention, but the vets deserve some love, too.

Jonas Valanciunas has given Memphis a more traditional center complement to Jackson who can score inside and control the glass as a rebounder. Tyus Jones, nabbed from Minnesota with an offer sheet in restricted free agency, is one of the league’s better backup point guards. Dillon Brooks has come into his own in his third season as a physical 6’7 wing with scoring touch. The Grizzlies did well to lock him up to an extension last week before he hit free agency, too.

Add in Kyle Anderson, and the minutes Jae Crowder was playing before he was dealt to Miami at the trade deadline, and there’s more a veteran presence here anyone noticed in the preseason. Memphis couldn’t have exceeded expectations without them.

The Grizzlies’ future is only getting brighter
Memphis added another piece to its core when it acquired Justise Winslow from the Miami Heat for Andre Iguodala at the deadline. Winslow gives Memphis another big, physical wing defender with some rare playmaking skills on offense. He adds another intriguing player to a Grizzlies’ rebuild that suddenly looks like it’s produced arguably the most promising young core in the league. Jackson, Morant, Winslow, Clarke, Jones, and Brooks are all 24 years old or younger.

That Memphis pulled this off in essentially only two years in one of the league’s smaller markets is a testament to how a modern rebuild is supposed to work. A little lottery luck was all a young front office needed remold this franchise seemingly overnight.

The Grizzlies are one of the teams of the future in the NBA. Turns out, they’re pretty good in the present, too.