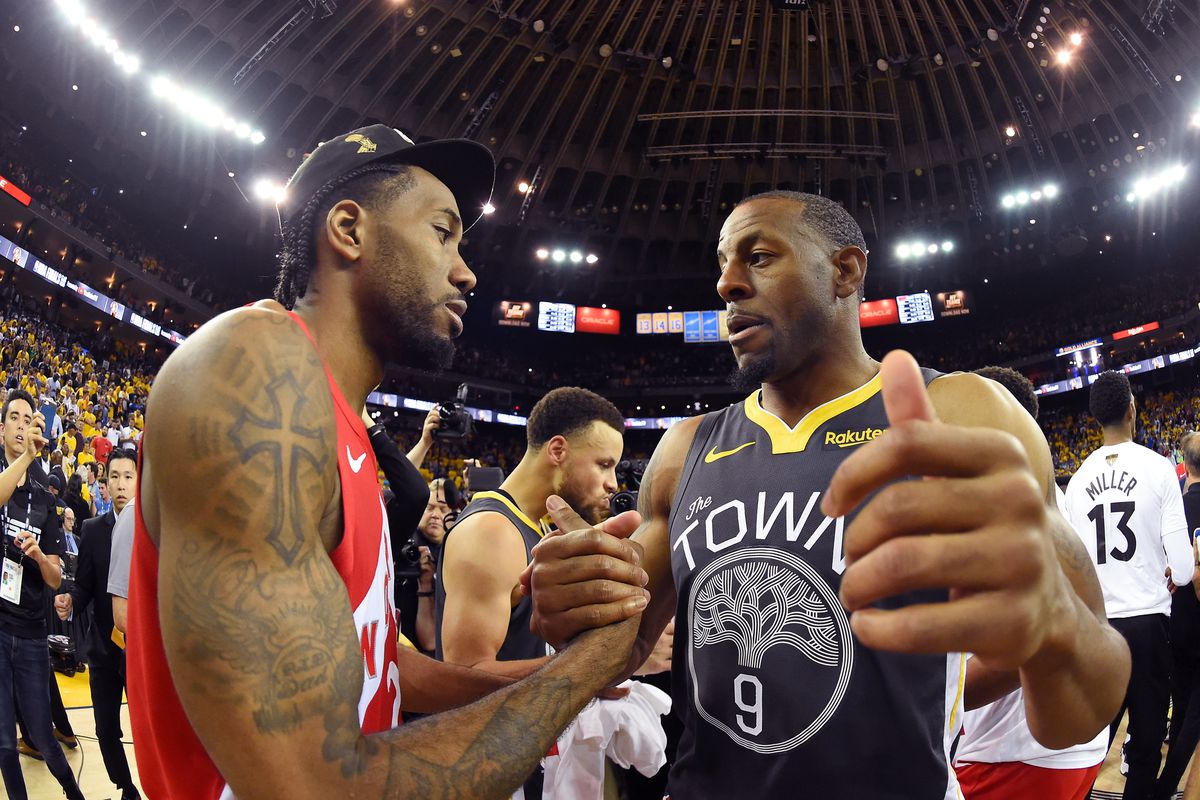 There are a lot of storylines tonight as the Golden State Warriors host the Miami Heat at 7:30 p.m. PT on NBC Sports Bay Area.

It’s Andrew Wiggins’ second game in a Warriors jersey, and his first time sharing the court with one of the key members of Golden State’s core, as Draymond Green missed Wiggins’ Saturday debut due to back tightness. Wiggins impressed on day one, scoring 24 points on 8-12 shooting, and adding 2 rebounds, 3 assists, 5 steals, and 1 block. Another game like that would have Dub Nation quite excited.

And, of course, it’s the return of Andre Iguodala, who will play against the Warriors for the first time since May 2, 2013.

Iguodala is playing in just his second game of the season. After the Warriors traded him to the Memphis Grizzlies, the veteran stayed in the Bay Area, keeping in shape until Memphis could work out a trade. They finally found the right deal with Miami, and Iguodala debuted yesterday, netting 3 points, 6 rebounds, 3 assists, 1 steal, and 1 block in a loss to the Portland Trail Blazers.

Naturally, the Warriors are celebrating their former core player and 2015 NBA Finals MVP, and you can expect a nice video tribute. You can also expect some fun back and forth between he and Green:
It won’t be as fun as seeing him back in a Warriors jersey, but it’ll be nice seeing Iguodala on the court anyway. Enjoy it.