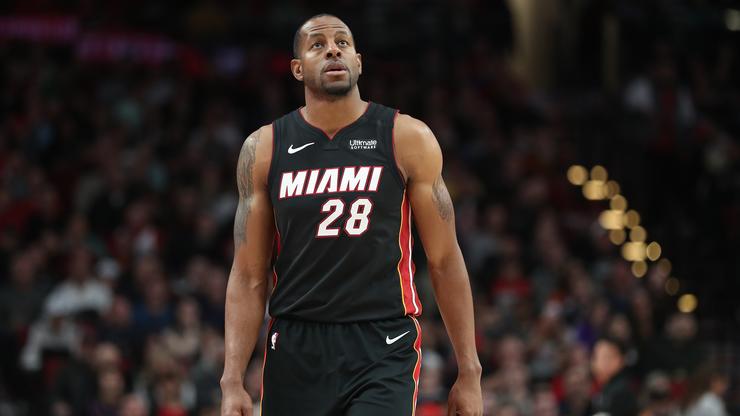 The Miami Heat (34-18) are currently riding its longest losing streak, at three games, and will be looking to take advantage of an injury-ravaged Golden State Warriors team. Both teams have only played one game so far with their remade rosters, with the Heat adding Jae Crowder and Andre Iguodala to the rotation, and the Warriors trading away D’Angelo Russell, Jacob Evans, Omari Spellman, Glenn Robinson III and Alec Burks at the deadline, and getting back Andrew Wiggins from the Minnesota Timberwolves.

Because the Warriors traded out so many players, they had to sign a plethora of G-League players that are now staples in the rotation. This includes the conversion of former two-way contract players Ky Bowman and Marquese Chriss to standard contracts, and the signing of Juan Toscano-Anderson. Also signed, were guards Zach Norvell Jr. and Jeremy Pargo, who were added to ten-day contracts. All of these players saw significant time in a 5-point loss to the L.A. Lakers.

While it may be easy to overlook a Warriors team that sits at 12-41, the team played the Lakers closely, with a seemingly invigorated offense that saw Chriss score 26 points, and grab up nine rebounds. The Heat should be cautious with this team, as two of the three losses during the road skid have come against the Sacramento Kings and Portland Trail Blazers, teams that are a combined 46-60.

Forward Jimmy Butler was upgraded to questionable in the game, meaning that he will likely play and start, in accordance with other times his status has been up in the air. Meanwhile, rookie forward KZ Okpala was sent back down to the Sioux Falls Skyforce to get more developmental minutes, as Iguodala and Crowder played over him in last night’s loss.

The most important factor in this game, will be the points off turnovers and 3-pointers that the Heat allow. Miami has allowed 62 3-pointers during the three game losing streak, way up from the 12.7 the team allows per game. The Heat has also given up 64 points off of turnovers during this stretch, with nearly half of those coming against the Kings in the second game of the trip.
Golden State actually ranks better than Miami in offensive boards and steals, and is not far behind in total rebounds. Seeing as rookie forward Eric Paschall has been dominating, and Chriss has been playing strongly as well, the Heat will need to close out on rebounds despite the recent lacklustre play of forward Kelly Olynyk, and will need to take control of the ball.

In his Warriors debut, Wiggins notched five steals alone, while Norvell and Pargo grabbed three combined. If this trend is to continue, the Heat will need to not allow what happened against Sacramento to occur.

Thankfully, the Warriors are among the worst 3-point shooting teams, so the recent barrage that Miami has had to put up with on the road trip should stop tonight, barring a statistical anomaly.

The most interesting thing to look for for the Heat tonight, is the play of Iguodala and Crowder, and how Butler looks in his return from injury. Crowder and Iguodala had strong debuts, with Crowder scoring 18 points on five-of-eight shooting from downtown. If Crowder continues to play well, he may usurp Olynyk from the starting rotation, as he showed a capability to grab rebounds, having 11 in his Heat debut.

Iguodala meanwhile, returns to Golden State for the first time since being traded over the summer, and a crowd ovation is to be expected. The Heat will look to make sure Iguodala’s homecoming swings in its favor, to get things going back on track.