Damian Lillard got screwed, and the refs couldn’t review it. Just get rid of replay

Damian Lillard got screwed, and the refs couldn’t review it. Just get rid of replay

Damian Lillard got screwed, and the refs couldn’t review it. Just get rid of replay
NBA 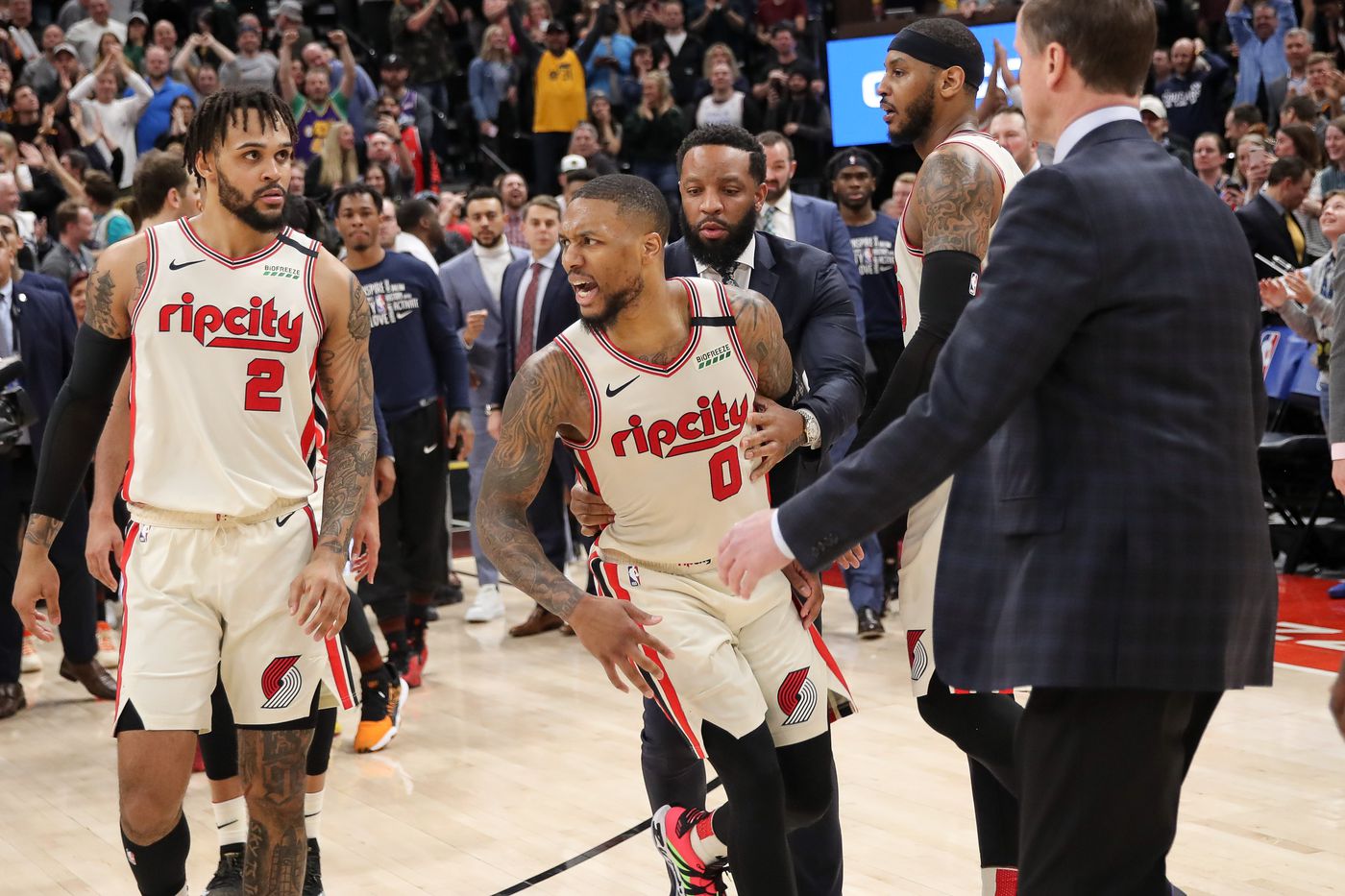 The NBA has greatly expanded its use of replay in recent years, this season even adding a coach’s challenge, whereby coaches can ask the referees to review certain calls made on the floor. But the complexity level on what officials can review and when has increased as new replay features are added. While the NBA has focused on preventing replay from dragging the games out too long, it’s kind of turned into a mess.

Increased replay gives the impression of a game with fewer mistakes. But the complex rules preventing reviews in critical situations make the worst officiating errors stand out more than ever before. Such is the situation with the uncalled goaltend that may have cost the Portland Trail Blazers a critical game on Friday.

Down 116-114 with 13 seconds left, Damian Lillard (who had 42 points) drove the lane and tried to finish over Royce O’Neale. He got the ball on the glass ... and Rudy Gobert blocked it from there. A clear goaltend.

Except the officials did not call a goaltend. The officials, unbelievably, told the Blazers it wasn’t even close to a goaltend. And by the NBA’s complex review rules, if a goaltend is not called on the floor, it cannot be reviewed.

Portland had to foul. Bojan Bogdanovic hit one free throw to go up 117-114. Portland missed a three. Lillard lit up the refs. The refs admitted the mistake to the pool reporter after the game. That is going to be of little solace to the Blazers, who with a win could have pulled to within two games in the loss column for the No. 8 seed.

Lillard didn’t care to hear the refs acknowledge the mistake.

This was an ESPN game, albeit not a showcase edition being late on a Friday and between a skidding Utah squad and a Portland team under .500. But in the new media age, clips go viral. Millions of people will see Lillard (who will be featured as a player and rapper at NBA All-Star Weekend in seven days, and is one of the faces of the league) giving the officials righteous hell. Millions of people will see the botched call. This self-inflicted black eye is the primary storyline from an NBA Friday. (It was the top two stories in the official NBA app on Saturday morning!)

Obviously, reasonable people can’t conclude that the NBA wants Utah to win. It’s Utah, one of the smallest markets in the league. And if you’re going down a conspiratorial path, it would make sense that the NBA would want Lillard in the playoffs given the magical moments he’s produced in the past.

But stuff like this erodes faith in the quality of the officials, and it’s compounded by the idea that with the addition of expansive replay, the NBA is some percentage more fair and accurate. The growth of replay promotes the idea that the NBA is called better than it was in the past, that it’s getting closer to perfection. And because there are still and will always be holes in the system, you get egregious misses like this that overwhelm the conversation and gets fans (and star players) real mad.

So what’s the point? Why keep expanding replay for particular cases (like out-of-bounds, which tends to produce the longest and often the least conclusive review sessions, at least that’s what it feels like) if it’s still possible we have disaster endings like this? Perhaps replay should be pulled back and the NBA should just admit that with human referees, sometimes they’ll get things wrong. We’ve gone so far toward trying to assure accuracy above everything that the league has created a false sense of certitude that can never exist.

If the NBA and its officials have to explain why a clearly and admittedly wrong call couldn’t be fixed, the system is the problem.