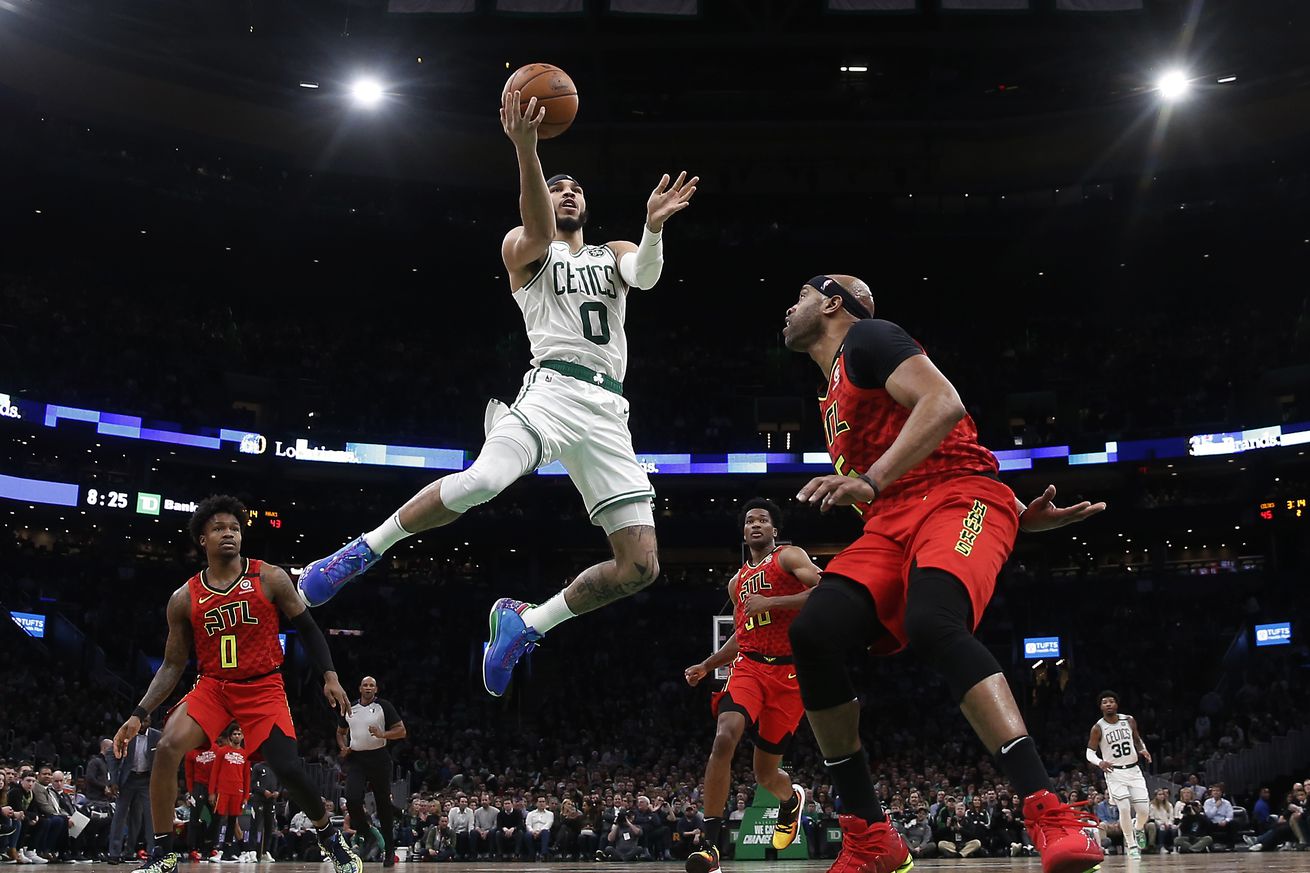 An almost unprecedented hot start—three consecutive made field goals—gave Boston an 9-1 lead out of the gate that forced Atlanta to burn an early timeout. The Celtics went on to score 24 points in the first five and a half minutes on 9-11 shooting and 6-7 from deep. Tatum accounted for three longballs while Grant Williams pitched in an early five points as a starter.

The scoring spree stalled immediately after as an early 21-7 lead shriveled to 24-18. Atlanta’s switch to zone defense caught Boston off guard, which sent Brad to dig deeper into the bench.

Out of a timeout, Semi Ojeleye, Tremont Waters, Romeo Langford, Brad Wanamaker, and Vincent Poirier took the floor. Boston hadn’t scored for about 2:30 before that group came in and didn’t score for about three minutes after.

Two things that may or may not be related:

Boston turning to isolation bully ball with Kanter and Tatum with no ball movement.
Atlanta taking their first lead of the game.
In fairness to Tatum, he’s been vastly improved as an iso scorer this year. In fairness to everybody else, the Hawks are horrendous defensively and missing their best player.

The bright spot of this quarter was Romeo Langford, who drilled a corner three and made some impressive defensive plays.

Boston trailed 55-54 at the half. Tatum and John Collins led all scorers with 18 each.

Jayson Tatum hit one of the strangest shots I’ve seen this year, by taking somewhat of a floater from outside the three-point line and banking it in.

And now, a real quote from Tommy: “Comin’ out of the timeout, get it into the paint and get it to the best option on the floor! Raspy voice: Get it to Kanter.”

The Celtics did, in fact, just get the ball to Kanter out of the timeout, and again for an and-1 on the next trip. But let’s not get carried away calling him the “best option”.

The Celtics outscored Atlanta 33-18 in the quarter to take back their double-digit lead.

First: Romeo takes a charge. Second: we appreciate Romeo. He’s been EVERYWHERE defensively. My take is that he should play more.

Jayson Tatum got to the 30 point mark for the second straight game for the first time in his career (credit to the Celtics broadcast) by hitting his newly mastered step-back three-pointer.

Romeo’s second three of the game got him into double digit scoring. Soon after, he converted a lob from Smart to get to 14 points on the night.

Tatum scoring looks very natural now. He can always get to his spots.

Kemba Walker knows when to let his teammates cook.