Lakers win tight game against Pistons by blocking everything in sight

Lakers win tight game against Pistons by blocking everything in sight 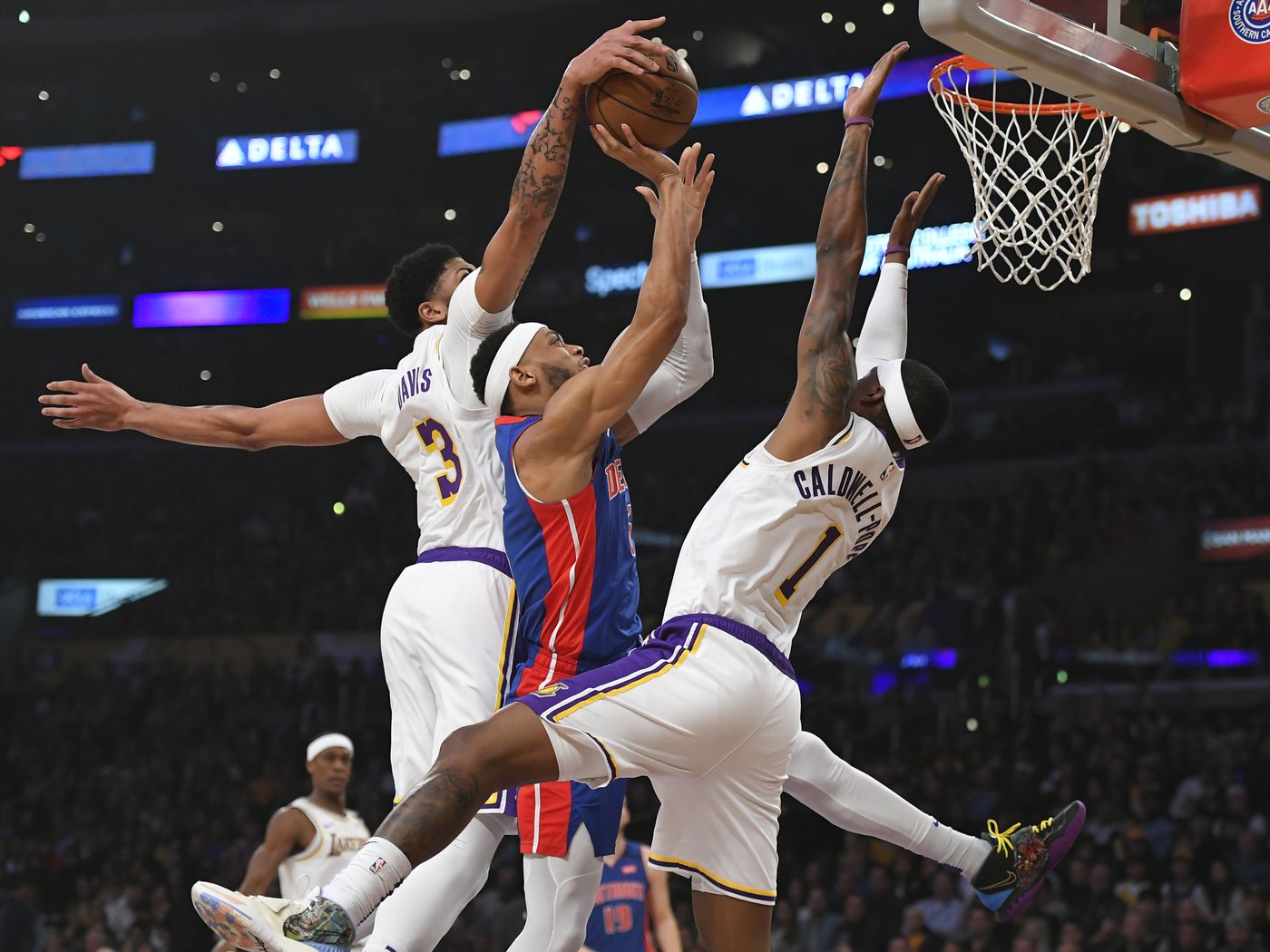 The Lakers threw a block party on Sunday night, and every member of the Detroit Pistons was invited. L.A. blocked 20 shots, just shy of their franchise record of 21. Anthony Davis led the way with 24 points, 11 rebounds and 8 blocks by himself — nearly becoming the first Laker to get a triple-double with blocks since Kareem Abdul-Jabbar did so in 1975 — allowing the Lakers to pull away to win a game that was tighter than it should have been, 106-99.

The Lakers went on a 14-0 run punctuated by an emphatic fast-break dunk from Alex Caruso in his first game back from the calf tightness he was dealing with to take an 88-79 lead, but then the same LeBron James-less minutes that have haunted the team for most of the season came back to bite them again.

The Lakers had a 90-81 when James went to the bench, which was promptly followed by a 9-1 Pistons run in which the Lakers’ only point came on a technical free throw. James came back in with around five minutes left to play, and finished with a 21-point, 11-assist and 14-rebound triple-double while propelling the team to a win down the stretch, but while it’s beginning to sound like a broken record, the Lakers need to find a way to be able to get him some rest without completely imploding.

Whether that answer comes from inside or outside the team, they need to do something to ensure that they have more of a margin for error against better teams than the Pistons.

Avery Bradley left the game in the first half with a sprained ankle, and while the Lakers said x-rays were negative for any fractures, the team still held him out of the rest of the game and his status will be something to watch moving forward.

This win moved the Lakers to 28-7, and the team has now won five games in a row. They will get Monday off before hosting the New York Knicks on Tuesday.