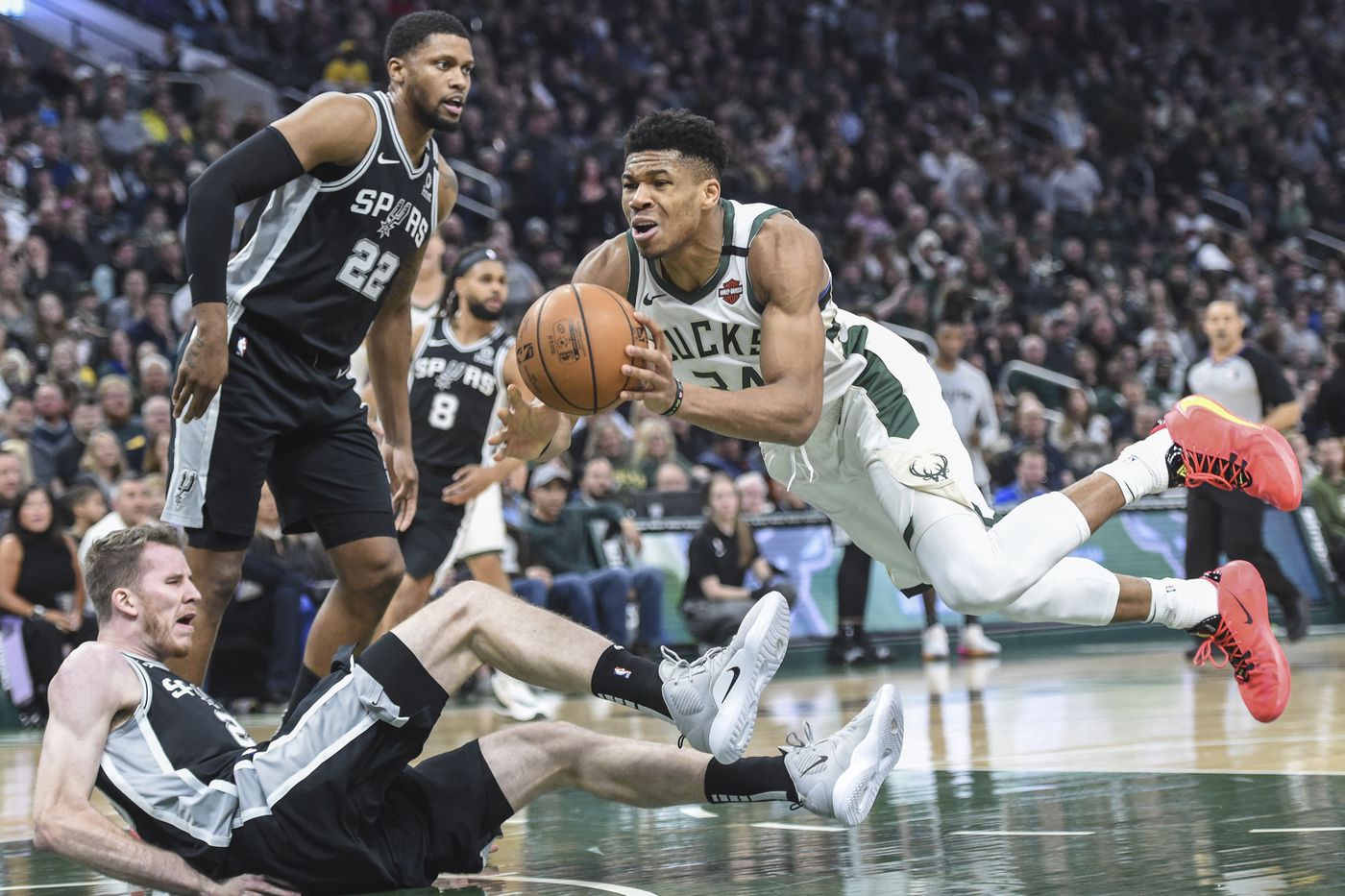 Another game, another victory for the Milwaukee Bucks. They’d take down the visiting San Antonio Spurs tonight at Fiserv Forum, 127-118.

It was a familiar start to this one. LaMarcus Aldridge, who always seems to roast the Bucks, would waste no time in making his presence felt in this one. In the first quarter alone, he’d cash in on 14 points. Despite the hot shooting from the Spurs, Milwaukee would find themselves down by just a pair of points going into the second quarter thanks to an 8-0 run led by their bench, 31-29.

Eric Bledsoe would really begin to shine in the second period, going off for 12 points on 4-of-5 shooting, which included several threes. It’d be the leading force that provided the Bucks a halftime lead of 71-66.

The Bucks would expand upon their lead in the third, getting it up to as large as 11 points to begin the period. An absolutely wild series of events would cap off the third, as Ersan Ilyasova hit a buzzer-beating three to give Milwaukee a 103-91 cushion heading into the final quarter of action.

From that point on, it was smooth waters for the Bucks, as they’d sail across the finish line with ease. Down the stretch, they’d put the final touches on a 127-118 victory.

Stat That Stood Out
It was yet another valiant effort from Brook Lopez on the defensive side of the basketball. He’d register seven blocks on the evening, with many of them igniting offensive scores on the opposite end. We all know it’s been taking longer than he’d like to get a consistent groove going on the offensive side of the ball, but he’s found a nice pattern on the defensive side. He’s currently averaging 2.5 blocks per game this season, which ranks second in the NBA.