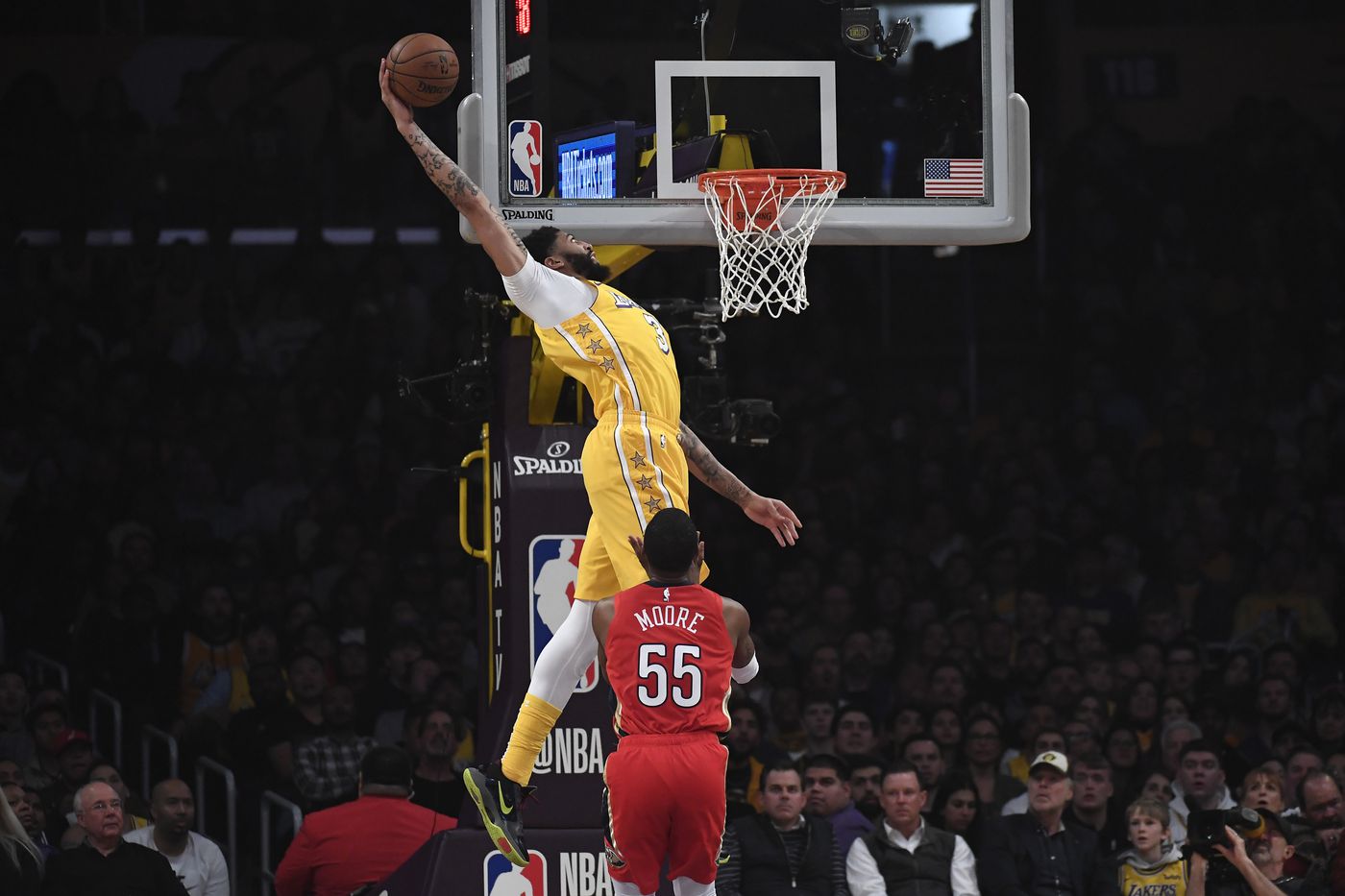 The New Orleans Pelicans couldn’t muster up the same amount of fight as they managed in the first game Anthony Davis played against his former team, and the Los Angeles Lakers led end-to-end as Davis exploded for 46 points and 13 rebounds while going a perfect 13-13 from the free-throw line in a 123-113 win.

Davis once again showed no mercy to the undersized Pelicans, as he and LeBron James started out the game relentlessly hunting mismatches in pick and rolls and finding Davis at the rim for lobs. The only warm welcome Lonzo Ball, Brandon Ingram and Josh Hart received in their return to Los Angeles was the tribute video.

They’d find no such niceties on the court, as Davis finished the first quarter with 12 points and didn’t slow down from there, but he wasn’t the Laker to get off to the hottest start.

That honor went to Danny Green, who scored 17 points in the first quarter while hitting five of his first six threes before finishing with 25 points. Green has games like this every couple weeks, and what we’ve learned about a third of the way through the season is that when he’s on like that, the Lakers are pretty hard to beat.

Not everything was great, however. The Lakers’ lead never felt truly insurmountable for the Pelicans, as the team’s non-LeBron minutes continued to sting, especially on a night that Rajon Rondo was aggressively not good in Alex Caruso’s absence with a calf injury.

Rondo was a team-low -19 in plus-minus, and while to be fair every bench player finished with a negative plus-minus (and it’s not always a great indicator of performance in a single game), it continued a trend in which the Lakers have been five points per 100 possessions better when Rondo sits than they are when he plays, according to NBA.com.

Lakers Head Coach Frank Vogel and James himself may claim they aren’t concerned by those stretches with him on the bench, but at this point they probably should be, as a team that fancies itself a true contender simply shouldn’t struggle for any semblance of offensive signs of life beyond Davis free throws in their minutes without their main creator.

It’s not simple to find someone to replace James when he sits given how many of his fingerprints are all over his teams’ offensive output — as most of his prior teams have found out — but the Lakers need to figure something out so that James and Davis don’t have to close out games they should be resting on the bench at the end of.

Still, there isn’t too much to complain about after a win that moved the Lakers to 28-7 and extended their latest winning streak to four games. This team is clearly very good, it’s just that if they want to reach their full potential, they’re going to have to find solutions for their offensive issues beyond just James and Davis being great.