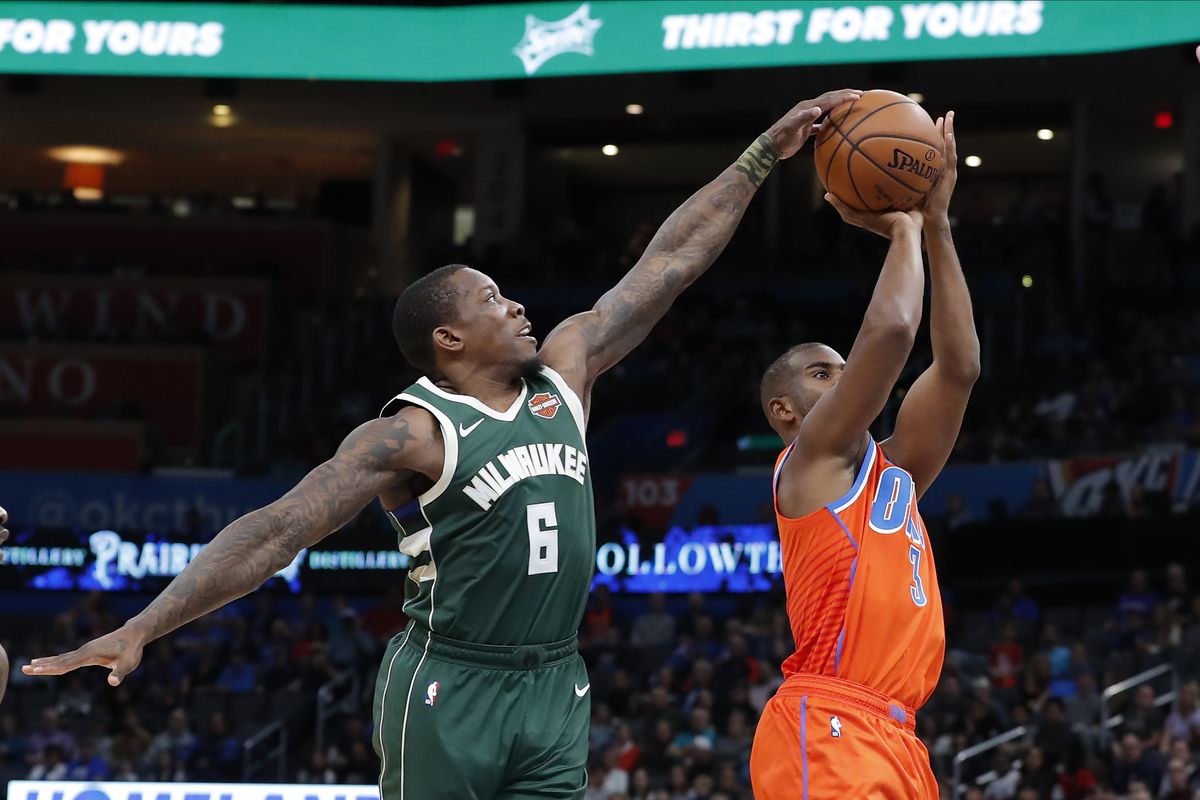 The Milwaukee Bucks snuck by the Oklahoma City Thunder, winning 121 to 119.

Possibly due to their length road trip, Milwaukee struggled early. They fired blanks from deep, whiffed on bunnies, but in Bucks fashion, managed to stick beside the Thunder through the first quarter. The two teams would jockey for a lead to start the second, Milwaukee tightening up their three-point attack despite their offensive flow remaining rather JV-ish. Their defense hurt them the most, as they fell behind 56-50 at half, failing to stop a red-hot Thunder bench.

The Bucks would storm into the driver’s seat with a 9-0 run to start the third. Giannis Antetokounmpo started heating as they trudged towards a comfortable lead going into the fourth quarter. The Thunder dipped to usual levels on offense until the final five minutes. A late swing of momentum from the Thunder and a series of mistakes by Milwaukee culminated to disaster, and the Thunder tied the game with 30 seconds remaining. Brook Lopez, who was particularly quiet all game, decided against that last surge, nailing a go-ahead three off a pass from Wesley Matthews. Two George Hill free throws would seal the win in the final seconds.

In the first half, Giannis’ highlights weren’t the usual flood of and-ones and dunks (although he did poster Nerlens Noel). But, per usual, the third quarter marked a turning point. He finished with 35 points and 16 rebounds with a dominant second half.

Eric Bledsoe continued his offensive tear tonight, his passing and head-down driving being the focal point. Khris Middleton shot with more efficiency than he has shown through the first handful of games this season, finishing 4-7 from the field. He did leave near the five minute mark in the third, and wouldn’t return due to a left thigh contusion.

With Kyle Korver sidelined tonight (rest), Sterling Brown shouldered most of his typical minutes. He finished with 17 minutes, scoring a season-high 12 points.

Oklahoma City looks to have their wits about them. Chris Paul, their 40-million dollar man, didn’t contribute much in the stat sheet, as he finished with 17 points, five assists and five rebounds. There’s no doubting his impact as a floor general, though. His assist numbers paired with a veteran-knack for creating flow helped the Thunder test an Eastern Conference powerhouse. Elsewhere for the Thunder, Mike Muscala was a better-performing Brook Lopez. The big man scored 12 points shooting 4-9 from three.

Stat that Stood Out
Milwaukee was sloppy early and late in this contest, committing 22 turnovers to OKC’s 15. Early on, it forced the Bucks into a dogfight to just try and keep the score close, and the late turnovers allowed the Thunder to actually come back and tie the game (before Splash Mountain saved the day). Mike Budenholzer will certainly have something to say about the Bucks’ discipline with the ball, but thankfully the team gets a few days off to recharge.