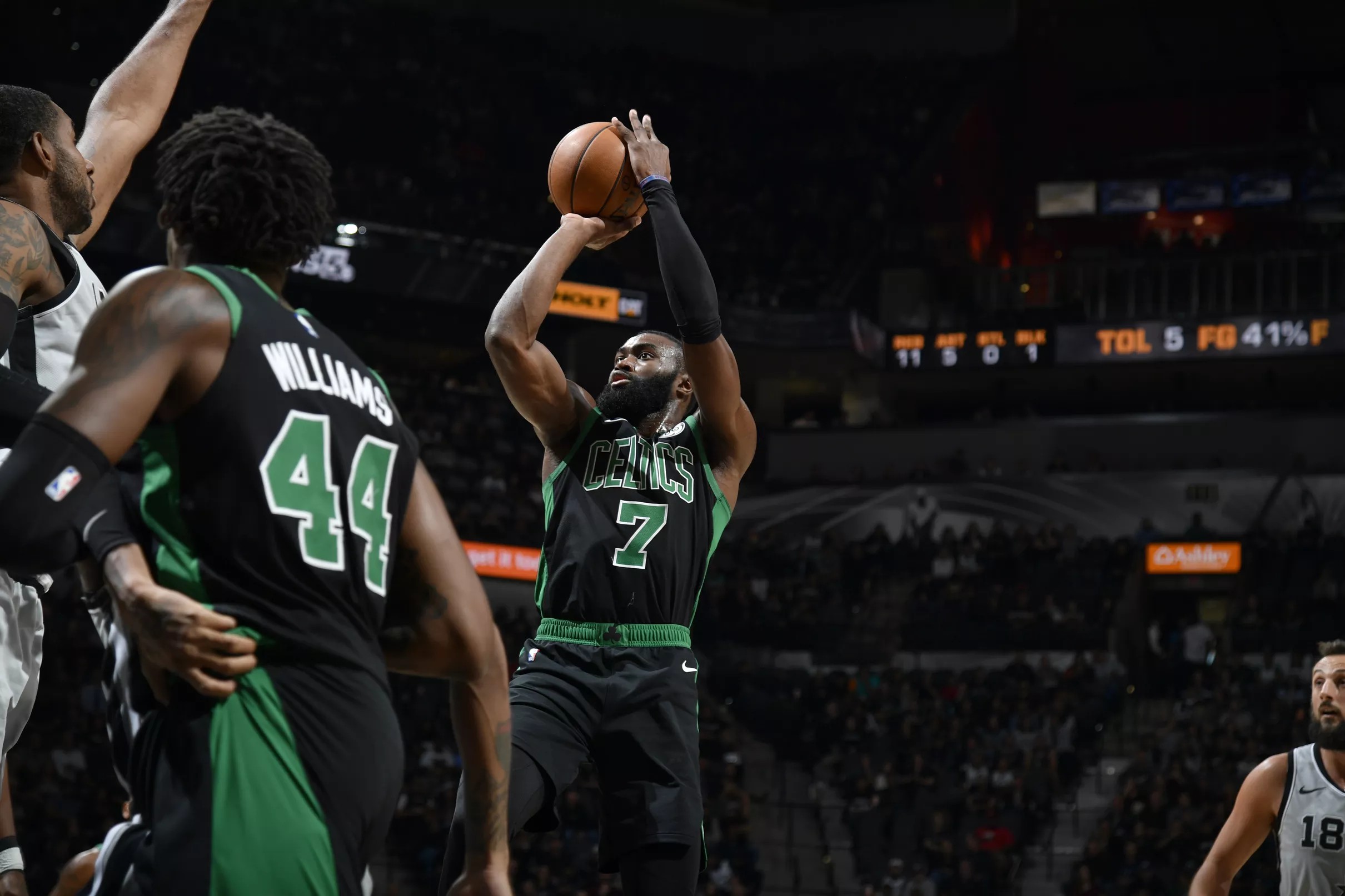 The Boston Celtics got their first victory in San Antonio since 2011 with a 135-115 win over the Spurs. The Celtics seventh straight triumph came with some really bad news however, as Gordon Hayward fractured his left hand late in the second quarter.

Hayward was injured when he ran into a screen from LaMarcus Aldridge. Hayward immediately tried to shake out his left hand before grabbing at it and was helped to the locker room. Shortly after halftime, Boston announced that x-rays showed Hayward had a left hand fracture and he was out for the rest of the game. Reports surfaced that Hayward will see a hand specialist when the team returns to Boston and a timeline for his return will be set. Hayward had scored nine points prior to leaving the contest.

Hayward’s injury was about all that went wrong for the Celtics. Jaylen Brown was on the attack right from the jump and scored 20 of his 30 points in the first half. Kemba Walker added 26 points for Boston.

Marcus Smart used some hot shooting in the first half to score 16 points, 12 of which came on four first-half three-pointers. Jayson Tatum scored 19 points, to go along with seven rebounds and four assists. Overall, Boston had 28 assists on 48 baskets.

Boston’s bench stepped up as Robert Williams had a big night with 11 points, seven rebounds and six blocks. This was one of Timelord’s best performances in his young career. Williams had several highlight dunks, and was joined in that by Javonte Green, who scored six points off the bench himself.

The Spurs were led by DeMar DeRozan’s 22 points, including 10-of-11 shooting at the free throw line. Patty Mills added 20 points off the San Antonio bench.

Longtime thorn in the Celtics side, Aldridge was held in check. Aldridge scored just three points on 1-of-4 shooting. He also only had four rebounds in just 26 minutes.

Boston will look to keep their win-streak going on Monday, as they return home to host the Dallas Mavericks.