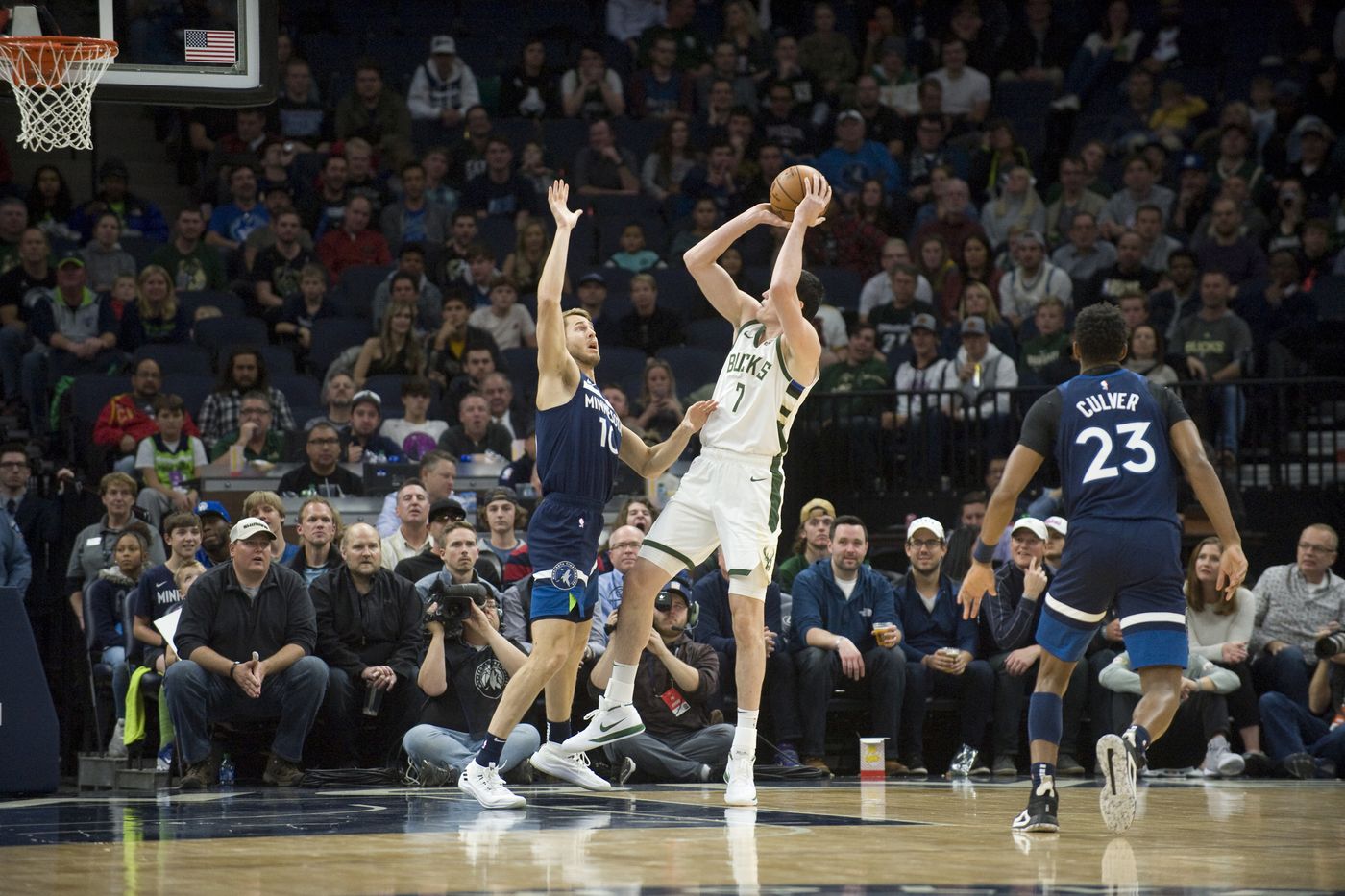 Minnesota was without Karl-Anthony Towns tonight — but it may not have mattered after Eric Bledsoe’s All-Star first-quarter. The guard scored 11 points in the first 12 minutes, the spark of least anticipation as Milwaukee worked up slight edge early. Minnesota stuck close by, partially due to their unprecedented synergy this season and partially due to uninspired defense from Milwaukee, particularly in transition.

Things swayed in the Bucks favor in the second quarter. Giannis Antetokounmpo flipped a switch, Bledsoe’s flare hardly died off, and a KAT-less Timberwolves team played to the level that a roster of their makeup should be playing. Milwaukee’s bench found their scoring stride throughout the third quarter, while more individual spurts late in the game capped off the victory.

After a plodding first quarter, Giannis found himself in the usual schtick: dominant driver and fickle free throw shooter. The former guided him to 34 points and 15 rebounds while the latter was constant throughout the game.

Maybe the most impressive thing he did came at the end of the first half. In one of the scarier displays of human capacity, Giannis tore down the floor, planted his foot near the free throw line, and leapt over Jordan Bell for an and-one layup.

I couldn’t find a video for it. The sheer absurdity of it may be too graphic, anyway.

Bledsoe was simply terrific. The steely-eyed terrier assembled a stat-line of 22 points, nine rebounds and six assists. Donte DiVincenzo clearly tinkered with something, possibly his mindset, since the preseason. He’s doing all the little things, and the minutes are slowly backing that up. Khris Middleton and Brook Lopez both stepped up in the third quarter. They finished with 26 and nine points respectively, helping stretch Milwaukee’s lead to a comfortable range.

Stats That Stood Out:

Many like to fan the flame that’s engulfing Timberwolves swingman Andrew Wiggins (I’ve spoken to enough Minnesota residents to know that his draft day fervor has simmered into an ashy, dejected pile of inefficiencies). But, amazingly, I call myself a Wiggins advocate. And as one of the three-or-so members of that club, I’m happy to say we have something to cheer about. Wiggins dropped 25 points (10-21) tonight with the best plus-minus of any Minnesota starters.

Oh, and for those that waited patiently for tip-off, the game was delayed 49 minutes because of technical problems with the basket.