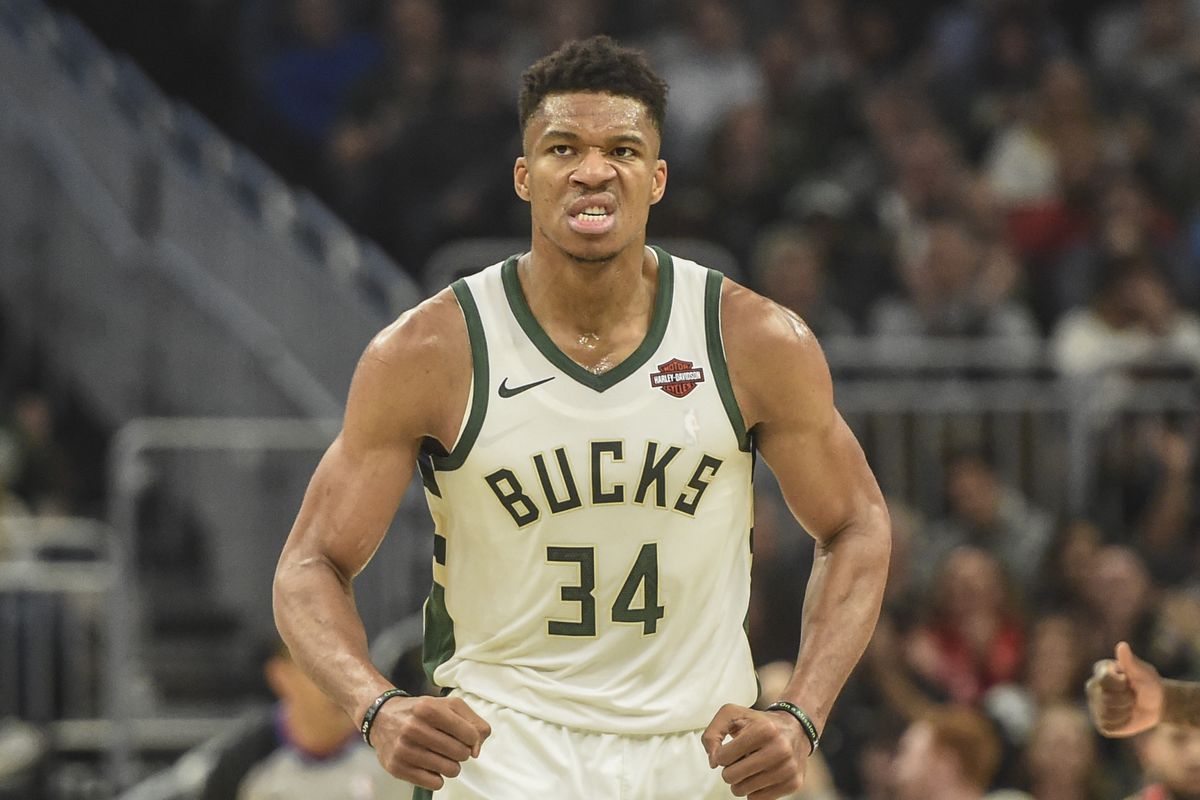 It’s the sixth game of the season and we’re taking it entirely too seriously. That being said, this first matchup between the Milwaukee Bucks and the Toronto Raptors since...you know...was pretty important for Milwaukee.

The Bucks were rolling in the first half, slicing to the rim at will and seeing their three-pointers falling. In the second half, Nick Nurse deployed a zone defense that stymied the Bucks’ offensive dynamism, and a barrage of Lowry threes closed the gap going into the fourth quarter. The Bucks’ defense held firm, and Milwaukee improved to 4-2 on the season.

Giannis Antetokounmpo asserted himself early and often, to the tune of 36 points, 15 rebounds, 8 assists, and 4 blocks. Khris Middleton (11 points, 7 assists) was fairly muted, but Brook Lopez (11 points) and Eric Bledsoe (14 points, 9 rebounds, 5 dimes) picked up some of the slack.

Off the bench, Donte DiVincenzo (8 points, 4 rebounds) and Sterling Brown (9 points, 3/3 from three) continued to demonstrate their progress. As with the Orlando Magic game, these two brought a spark off the bench that fueled the Bucks’ efforts and made their case for additional playing time more convincing (as did a rolled ankle from Wes Matthews in the first half).

For Toronto, Kyle Lowry led the way with 36 points and 6 assists (but 6 turnovers), including an incredible third quarter performance. Pascal Siakam was less spicy than usual, ending up with only 16 points and 5 rebounds (and 6 personal fouls). Serge Ibaka (11 points, 4 blocks), Marc Gasol (10 points, 12 rebounds), and Fred VanVleet (12 points, 7 assists, 6 boards) could only do so much to keep the game close in Milwaukee tonight.

Stat That Stood Out
It was a group effort from the Bucks, with all their non-starters contributing 41 points, compared to only 22 for Toronto. Milwaukee’s depth was a calling card last year and figures to be so again this season, and that depth came in mighty handy tonight, as the Bucks leave for a four-game Western Conference road trip.