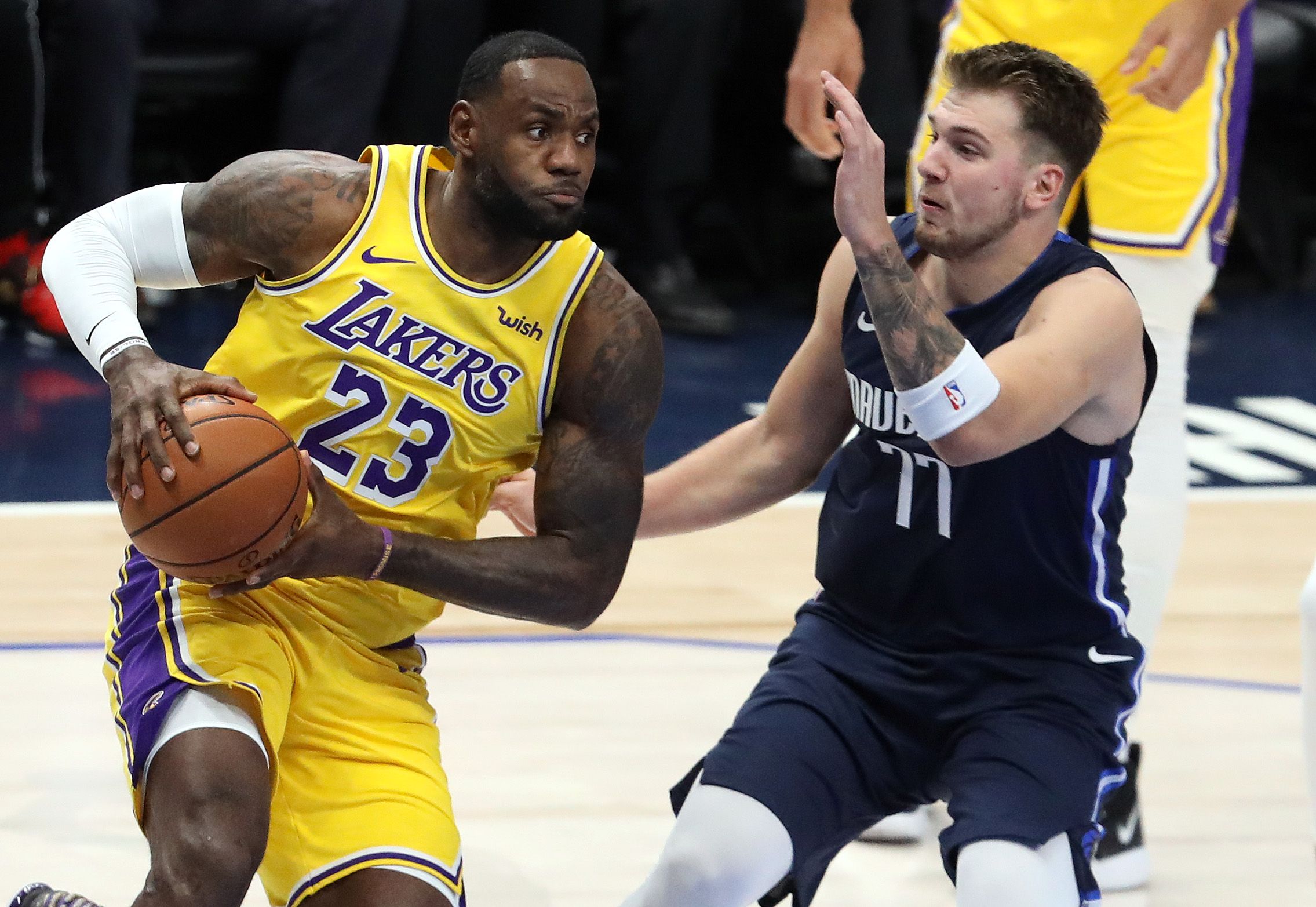 The best razzmatazz hop skiddily-doo Luka Doncic could muster wasn’t enough to stop LeBron James and the Los Angeles Lakers, who beat the Dallas Mavericks 119-110 in a thrilling, come-from-behind overtime victory on Friday.

The Lakers got a hallmark performance from James, who notched his second triple-double of the season with 39 points, 12 rebounds and 16 assists, including the biggest assist of the game to Danny Green, who hit a three to send the game into overtime. Green struggled to hit open shots in the first half, but he hit the big ones with the game on the line.

Davis also struggled from the field through the first three quarters, but he and James took over in the fourth quarter well into overtime. Davis ended the night with 31 points, 8 rebounds, 2 steals and 2 blocks.

The great thing about having two superstars on your roster is that if one of them is having an off night, the chances are the other one isn’t, too. When James and Davis are both on, the Lakers are nearly unbeatable, as they showed in overtime.

The Lakers also got some nice production from their starting backcourt, with Avery Bradley and Green combining for 25 points. Early in the season, there was a debate about whether or not the pairing of Green and Bradley was the team’s best duo in the backcourt, but so far that seems to be case, although Alex Caruso once again provided some nice minutes off the bench.

Lastly, Kyle Kuzma struggled in his debut, but that’s to be expected of someone who’s 1) on a minutes restriction and 2) hasn’t played since August.

The Lakers will stay in Texas for a matchup with the San Antonio Spurs on Sunday. The Spurs won the season series over the Lakers 3-1 last season.