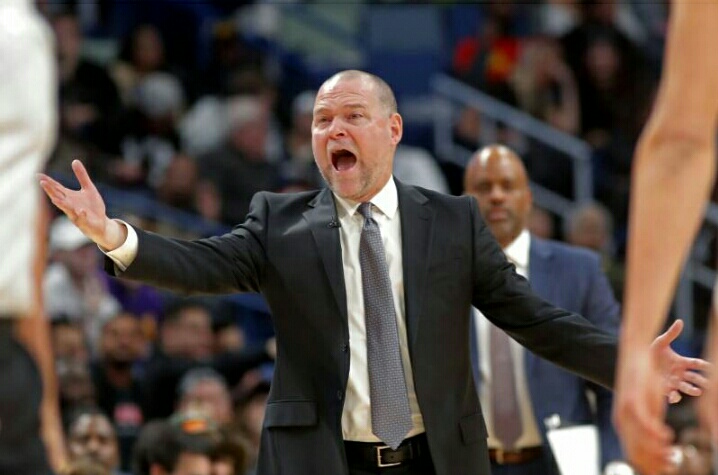 By Scott Polacek
The Denver Nuggets are 3-2 on the young season, but head coach Michael Malone is far from pleased with the early developments.
"We're a great talk team," Malone said following Thursday's 122-107 loss to the previously winless New Orleans Pelicans, per Nick Kosmider of The Athletic. "We can talk all we want before the season starts, all the things we want to accomplish, be a championship-contending team. It's all bulls--t. Show me."
Kosmider noted that Malone also referred to the team's effort, particularly from the starters, as "embarrassing."
Despite the winning record, Malone has plenty to be frustrated about following his team's second consecutive loss.
New Orleans' defense has been nonexistent and allowed 123 or more points in each of its first four games of the season. The Pelicans are an abysmal 28th in defensive rating, per NBA.com, but Denver shot just 26.9 percent from deep with 14 turnovers while scoring the fewest points of any New Orleans opponent this year.
Nobody in the starting lineup scored more than 14 points, and All-Star big man Nikola Jokic attempted just six shots from the field.
The Nuggets are a middling 16th in offensive rating and haven't looked like the same team that earned the No. 2 seed in the Western Conference last season before defeating the San Antonio Spurs in the first round of the playoffs and pushing the Portland Trail Blazers to seven games in the second.
Denver's next game comes Saturday against the Orlando Magic. It wouldn't be a surprise if the players come out with a sense of urgency given the fact their head coach is already this frustrated at this early point of the season.