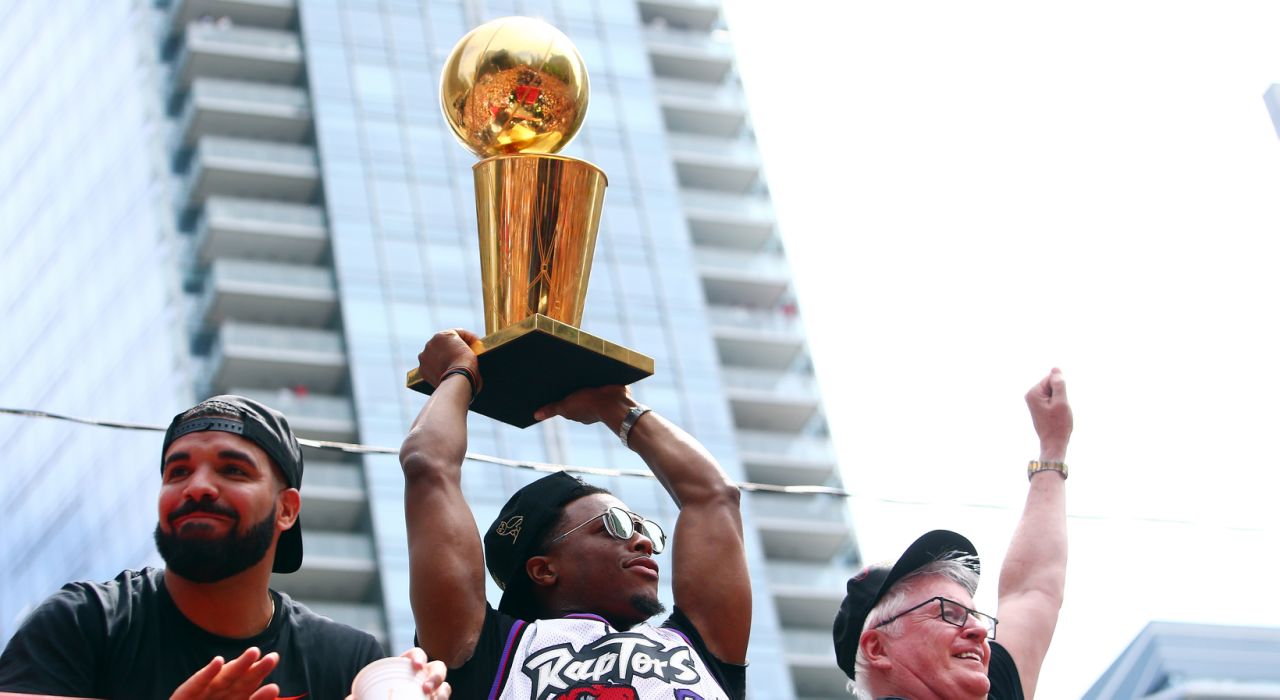 Since the Toronto Raptors won their first NBA title back in June, Drake and the Larry O’Brien Trophy have been good friends.

The rapper and passionate Raptors supporter — who became an entertaining addition to Toronto’s playoff run via his passionate courtside antics and clever clothing choices throughout the postseason — partied with the trophy and team during their championship parade through the city’s streets.

It was during his speech that day that he announced the return of OVO Fest, a star-studded concert hosted by his label that took a one-year hiatus in 2018. He invited all of the members of the NBA-champion squad to attend, so we shouldn’t have been surprised that the Larry OB itself took him up on his offer at Toronto’s Budweiser Stage Monday.

Drake gave a shoutout to Serge Ibaka, Fred VanVleet and Kawhi Leonard — all of whom were said to be in attendance — for all that they did to bring the award north of the border. And based on the event’s photos, we’re sure that they didn’t mind looking at all that gold for the night.

If this display affirms anything though, it’s Drake’s fascination with ‘Trophies’.