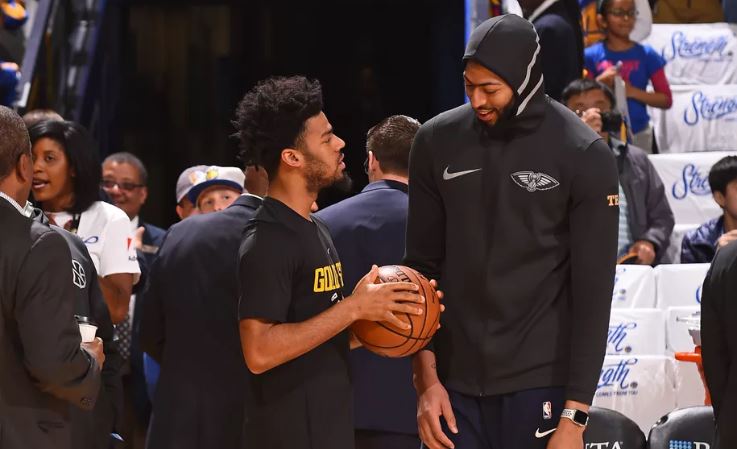 After struggling with injuries at the point guard position over the last several years, the Los Angeles Lakers invested in three point guards in free agency, including Rajon Rondo, Alex Caruso and Quinn Cook, who will be the highest-earning point guard on the roster next season (unless you count LeBron James).

Cook didn’t start seeing regular rotation minutes until midway through the 2017-18 season, but since then he’s established himself as a solid backup point guard and a reliable 3-point shooter, averaging 41.8 percent from behind the arc for his career. As a result, Cook had the luxury of choosing his next team this summer and agreed to a two-year, $6 million with the Lakers on the first day of free agency.

During a recent interview with Alex Kennedy of HoopsHype, Cook revealed why he signed with the Lakers over other teams:

You’re still pretty young at 26 years old, but you’ve played in back-to-back NBA Finals and you won a championship on arguably one of the best teams ever. You also won a championship at Duke. You’ve seen firsthand what it takes to win it all. How do you feel your championship experience can help the Lakers?

Cook won an NBA championship with the Golden State Warriors last year and played big minutes in this year’s NBA Finals against the Toronto Raptors. He’s hoping to make it three Finals appearances in a row next year and thinks the Lakers have the talent to be a contender outside of James and Davis:

How good can this team be? LeBron and AD is obviously a scary pairing. I know DeMarcus is working really hard out in Las Vegas and he’s dropped a lot of weight. The supporting cast is impressive too. If everything comes together, how good can this group be?

QC: Extremely great. All of the signings that we’ve made this summer have been great. We have a lot of guys who can really play, who can contribute. When you have two of the best players in the entire world in AD and LeBron, that obviously helps (laughs). DeMarcus now gets to have a whole summer where he’s not just focused on rehabbing – he can focus on getting better as a player and he’ll go into the season 100 percent healthy. People forget that last year, he came into the season in mid-January and he had some great games for us during the regular season. He played really well against Houston, Denver and Oklahoma City to name a few. Then, he got hurt in the playoffs, but he had some really big moments for us in the Finals too. I’m excited to see what he can do after having a whole summer of becoming better on the court and not worrying about his health. I know he’s 100 percent now. Getting Rajon Rondo back is huge. There were so many big signings. I think this is going to be a team that plays extremely hard. Coach [Frank] Vogel is going to demand excellence and greatness out of us. At the same time, it’s going to be a fun atmosphere. I think it’s going to be fun, man. It’s an exciting opportunity for all of us and I can’t wait to get this started.

With Cook’s comments about the team, it’s hard not to be just as excited as he is. Three more months, everyone.