Does Vincent Poirier have the movement skills to survive in the NBA?

Does Vincent Poirier have the movement skills to survive in the NBA?

Does Vincent Poirier have the movement skills to survive in the NBA?
NBA 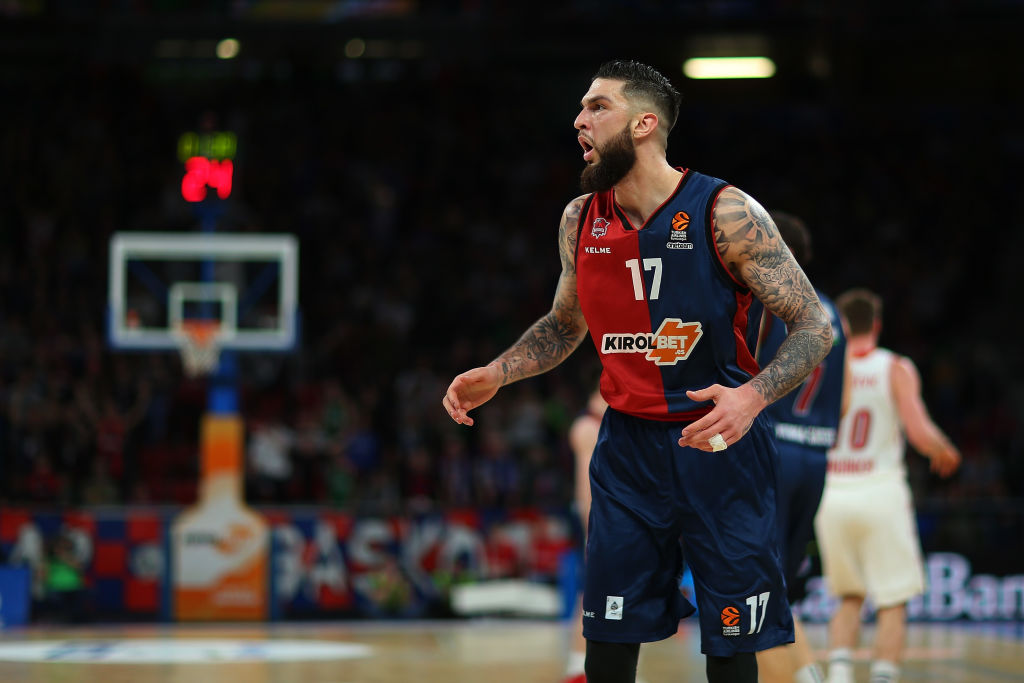 Each of the last three summers, the Celtics have turned to an underutilized talent pool abroad for rotational fortification. Two years ago, the team plucked Daniel Theis from Brose Bamberg in Germany. He’s played two seasons in Boston and just locked in two more. Last summer, it was Brad Wanamaker from Turkish powerhouse Fenerbahce. After a successful rookie season in green, Wanamaker is returning on a second deal for 2019-20.

In 34 games of EuroLeague play (the highest level of competitive basketball you’ll find outside of the NBA) this year, Poirier averaged 11.9 points, 8.3 rebounds, 1.09 assists, 0.79 steals, and 0.82 blocks in 25.6 minutes per game. His rebounding average paced the entire EuroLeague.

But there’s only so much to glean from a basic stat line, and delving into the film a bit makes it very apparent why the Celtics view Poirier as an ideal fit:

Poirier is a monster at the rim. Around the basket in the half court in non post-up situations, Poirier finished in the 93rd percentile in ACB play, per Synergy. Specifically, as a roll man in pick-and-roll, he finished in the 82nd percentile, per Synergy. Thanks to strength, touch, and good decision-making, Poirier is a potent individual finisher in the pick-and-roll, but individual numbers honestly understate his impact as a roll man:

Since Poirier rolls hard and is such a threat as a finisher both above and below the rim, he draws corner defenders regularly, which opens great looks for teammates. He puts pressure on the rim the Celtics haven’t had in years with a big man rotation built around a ground-bound Aron Baynes and pop-oriented Al Horford. It’s not just Poirier’s off-ball force that opens teammates:

When you get the ball to Poirier on the roll and he pulls defenders, he can be trusted to quickly and correctly make decisions:

Immediately off the catch, Poirier is looking to pass. Beyond that, he’s progressing—albeit not in the right order—through reads. He’s not a rudimentary decision-maker. He understands that his movements create gaps in the defense, and he knows where to look for those vulnerabilities. It’s the mark of a smart player, a player who truly understands what’s happening on the court, which is immensely valuable. For that reason, it’s exceedingly easy to understand why the Celtics see a fit:

Poirier is capable of exerting pressure on defenses and knows how to manipulate that ability to generate team offense. That’s exactly what you want from any offensive player, complementary or featured.

Poirier is not without defensive value either:

For the most part, Poirier has solid recognition, and simply being a large body who can maintain advantageous position correlates to defensive impact. Generally, he uses that body well. He delivers chest bumps to drivers to throw them off balance and divert their paths to the rim. He gets big and dissuades and alters shots at the rim.

But Poirier’s damning flaw, his potentially disqualifying weakness presents itself on the defensive end

Simply put: Poirier is slow. While he can get up to a solid top speed in the open court, he struggles mightily to consume space in closer quarters. And those issues are further magnified when he’s tasked with really tight change of direction:

Poirier’s balance defending in space is often pitiful, and he’s completely incapable of quickly turning his hips to stay with opponents as they shift from side-to-side. He also seems to regularly find himself poorly angled, setting himself up for that turning difficulty to ruin him.

While Baskonia had Poirier hedge a lot of ball screens, movement restrictions lead me to believe he’ll primarily be deployed as a drop big in the NBA:

Drop coverage is fine—it was at the heart of a Milwaukee Bucks defense in 2018-19 that ranked as the second-best in the league. But it comes with issues: you will concede open pull-up jumpers, point-of-attack defenders must be determined and energetic getting around screens and recovering back into the play, pick-and-pop bigs will eat. And even in drop, a big must be mobile enough to corral guards and traverse the space between a ball-handler and rolling big man. I’m genuinely not positive Poirier is even capable of that.

The truth of the matter is we don’t know. Poirier has limited mobility, but the extent of the issue is unclear. He’ll never be anything remotely resembling a switch big, but possessing adequate mobility to survive as a drop big is well within his range of outcomes. If he hits an outcome like that, Poirier will be a highly valuable situational player, boasting the title of best roll man the Celtics have had in years.

Yet that’s the upside Boston is chasing with Poirier. Like Theis, like Wanamaker, the Celtics’ newest import is not a game-changer. He’s a player who could conceivably bring meaningful value in some situations on a minimum contract. He’s a potential bargain. For a team that’s hard-capped, that’s exhausted it’s last major remaining team-building chip in the Room Mid-Level Exception, that’s not a bad flier to take at all.