Nets youngsters getting excited about Summer League ... and the roster

Nets youngsters getting excited about Summer League ... and the roster

Nets youngsters getting excited about Summer League ... and the roster
NBA 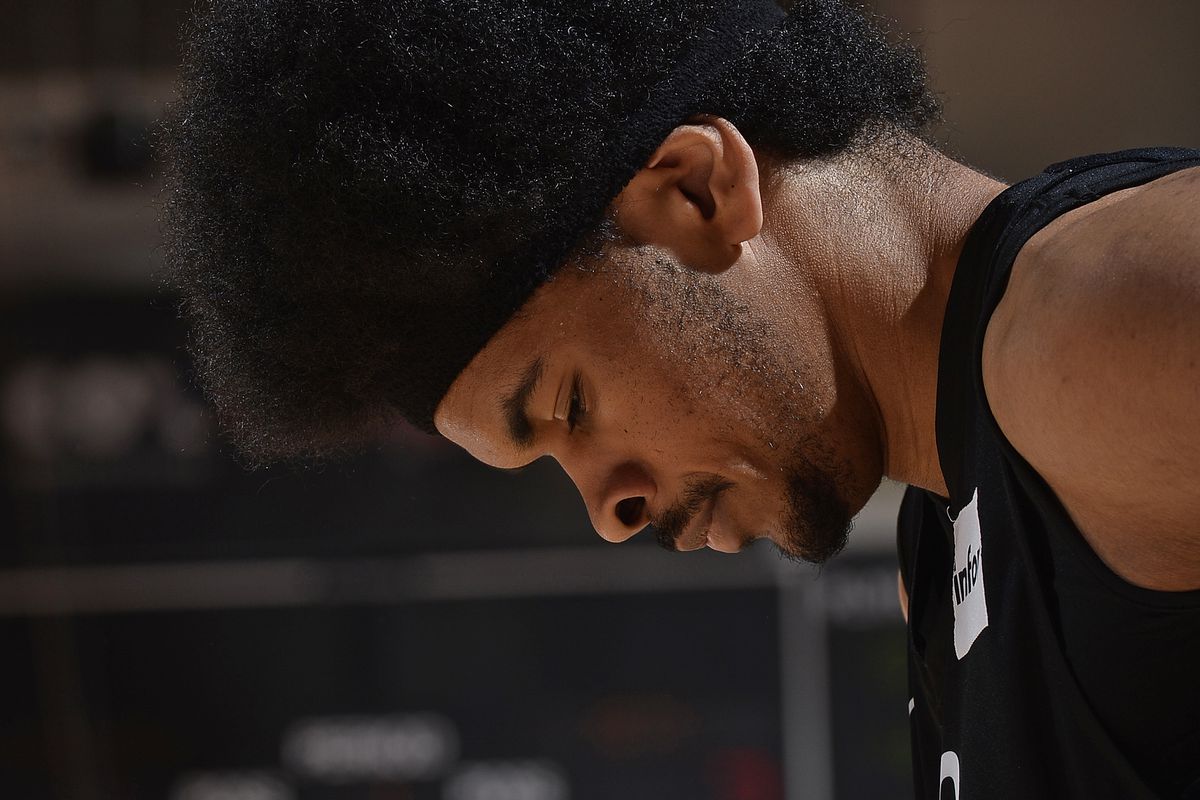 No one in the Nets front office can comment on their free agent signings and trades until everything is official on Saturday, but that didn’t stop the Nets young players from gushing about their new teammates.

“Kyrie is a great guy. It’s just nice to be around these guys. They are great players; they will teach a lot to me. I’m really excited for next season.”

Kurucs was one of several Nets players who were at the HSS Training Center last Sunday night when Kevin Durant and Kyrie Irving showed up to confirm they’re joining the Nets.

“It was a cocktail party, just having everybody around,” Jarrett Allen added. “Like I said, this is a big moment for Brooklyn, and so we were there just celebrating the future.”

“Uh, I’m just going to say … we’re dancing around names, so it was a gathering of everybody.”

However, Allen was just as excited.

“So I told everybody this is crazy. All the stuff we’ve been hearing, it’s literally a new Brooklyn,” Allen said.

As for the arrival of the third player in the mix, DeAndre Jordan, Allen wouldn’t (or couldn’t) comment on what it meant for him. Jordan has started every game he’s played in since April 2011. Instead, Allen focused on what he’s been doing to improve his game.

“Whatever happens happens,” said Allen. “Ed Davis is on the Utah Jazz. He was a good veteran presence for me, and I know they’re trying to bring in another great veteran around me to help, trying to bring to show me what I can be and how to rebound and stuff.”

“It’s up to Kenny [Atkinson, the coach]. But they have me just working on physicality. Everybody knows I’m in the weight room. I have to get bigger, having to eat seven meals a day or something crazy like that. I’m doing everything I can to get ready for next season.”

Allen is questionable for Friday’s opener vs. the Mavericks (who will not have Luka Doncic in Vegas). He sustained a minor thumb injury Thursday. It was uncertain whether he would play anyway. Last year, Caris LeVert was in a similar situation, a second year player who was on the roster, but didn’t step on the court.

“Bumps and bruises,” shrugged Allen, who had a wrap on his thumb.

So why bring him —and LeVert last year— to Las Vegas. Harrington explained its part of the development process.

“One of the most important things is they have a chance to lead a young group, and that’s exciting, whether it’s Nic Claxton, Jaylen Hands and these other guys that we brought here,” said Harrington, who’s also the Nets director of player development. “They have a chance to be more vocal, lead by example but also lead with their voice.”

This will also be the first summer league action for Kurucs and Dzanan Musa. Neither could play last summer because of contract buyout issues left over from their time in Europe. Our viewing guide can be found here.

Meanwhile, Brian Lewis reports that Alan Williams, one of last year’s two-way contracts, will not be returning to Brooklyn. Williams finished second in the G League MVP voting.