Jazz fall to Clippers 143-137 in overtime in regular-season finale, will open playoffs at Houston on Sunday

Jazz fall to Clippers 143-137 in overtime in regular-season finale, will open playoffs at Houston on Sunday 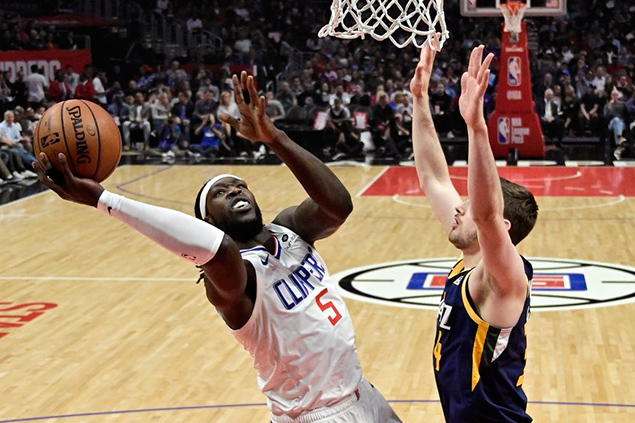 Los Angeles • A short list of things that that mattered more to the Jazz on Wednesday than the outcome of their own game against the Clippers:

Whether or not the Oklahoma City Thunder defeated the Milwaukee Bucks. (They did.)

Whether or not the Denver Nuggets beat the Minnesota Timberwolves. (They did.)

Whether or not the Portland Trail Blazers got the win over the Sacramento Kings. (They did.)

For about nine-tenths of those latter two games, the Jazz looked to be getting the results they wanted: The Blazers were losing by 25 at halftime, for example, while the Nuggets had an 11-point fourth quarter deficit.

But remarkably, both the Blazers and Nuggets came back in their contests, leaving the Jazz to face the Houston Rockets in the first round. Game 1 is on Sunday at 7:30 p.m. MDT.

There was one other game that mattered more to the Jazz: Game 1 of the NBA playoffs this weekend. Utah plays at Houston at 7:30 p.m. MDT on Sunday.

Therefore, it wasn’t particularly surprising when they announced hours before tipoff that all of Donovan Mitchell, Rudy Gobert, Derrick Favors, Ricky Rubio, Kyle Korver, Raul Neto and Dante Exum were out for the game, for various maladies real or imagined. All but Rubio and Neto made the trip to Los Angeles for the game, though.

Grayson Allen, Royce O’Neale, Joe Ingles, Jae Crowder, and Ekpe Udoh started, but Ingles played only 14 minutes, while Crowder was limited to just 16. And it got very much like an SLC Stars game very quickly, as the Jazz had Naz Mitrou-Long, Tyler Cavanaugh and Tony Bradley were inserted into the game in the middle of the first quarter.

“We always put players’ health first. That’s a given. This time of year, you’re aware of those things where, if there’s opportunity,” Jazz head coach Quin Snyder said. It’s an ache or a pain that if it were a different situation, they might choose to play through. It’s better to see a larger picture.”

As you’d expect, that meant getting out to an early deficit. The Jazz face a 17-point deficit in the late stages of the first quarter, as Clippers players like Patrick Beverley and Danilo Gallinari found success against the Jazz’s makeshift lineup.

But the Jazz did fight back, led by Crowder and Allen. Crowder has taken Allen under his wing for much of the season in practice as the two work with Jazz assistant coach Johnnie Bryant, and together, they dragged the Jazz back into the game. Allen did it by attacking the rim and finding his way to the line, while Crowder made four threes in the first half. In the end, the deficit was only four by the time that halftime rolled around.

And the third quarter was more of the same: The Clippers playing something near their usual rotation, the one that they’ll bring into their game against their matchup with the No. 1 seed Warriors, and the G League Jazz hanging tough. In fact, it might have been even more impressive, as Snyder decided not to play Ingles or Crowder in the second half.

By the end of the fourth quarter, though, the Clippers got the memo, finally ending the game with their younger unit. As that happened, Allen and teammate Georges Niang found their stride. Allen attacked the rim and got fouled with 38 seconds left, nailing both free-throws — his 35th and 36th points in the game — to give the Jazz a two-point lead late. But a Mitrou-Long foul on Sindarius Thornwell seconds later would tie the score. After the teams traded misses, it was time for overtime.

The Clippers got out to a 6-point lead there, but a key Niang and-one cut the deficit to 3. But that’s as close as the Jazz would get: the Clippers immediately countered with a 7-0 run to win it.

It was the last of games that didn’t finish as planned.