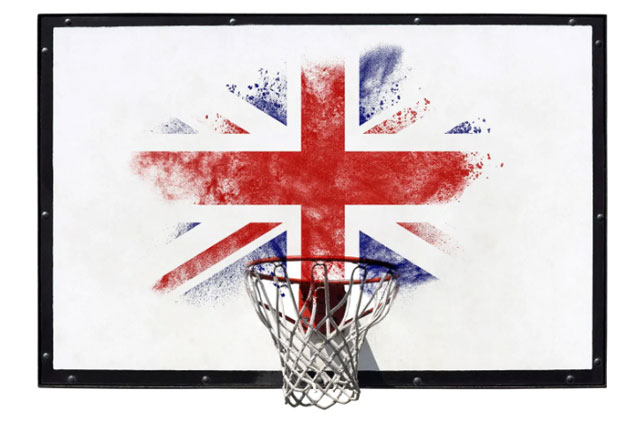 LONDON — Joshua Pattison-Neill had Wednesday off from his university classes and on this cold and rainy day in northwest London, he wanted to do one thing. So, he grabbed his Jordans, a bottle of orange Gatorade and an energy bar packed with 10 grams of protein and headed an hour southbound on the Tube. His destination: an indoor gym hidden behind low-income housing in the Lambeth’s Princes Ward, a refuge for basketball-obsessed people like himself in a country where the game is struggling to gain a foothold.

“I had to play basketball,” he said, explaining why he arrived half past 8 a.m. while the gym was still closed.

Anecdotal data suggests Pattison-Neill, still a teenager and one who has played basketball for nearly half his life, isn’t alone among his countrymen.

The NBA’s annual London game featuring the Washington Wizards and the New York Knicks on Thursday sold out the 20,000-seat O2 Arena in an hour. The No. 1 European market for NBA League Pass, the subscription service for the complete season of regular season games, is Britain. Also, according to a study conducted by Britain’s Department of Culture, Media and Sport, basketball is the second-most played sport among 11- to 15-year-olds.

[‘I’m trying to come back with an accent’: Wizards are ready for London]

And still, basketball is largely an afterthought.

A packed O2 Arena in London earlier this year for an NBA game between the Boston Celtics and Philadelphia 76ers. Despite the success of the showcase, basketball itself can't gain much ground in the country. (Justin Setterfield/Getty Images)
“It’s not as popular here as it is in the States and to be honest, in Europe,” Pattison-Neill said. “It’s probably the fifth-most popular sport. It’s not something you think about when you think about England or the U.K.”

Despite evidence of the game’s rampant popularity in some circles, British basketball pales in comparison to its continental European neighbors and basketball superpowers: France, Spain, Germany, Italy, Croatia, Serbia, Lithuania, Turkey and even Slovenia, a country not even a tenth of the size of Britain that still produced NBA rookie sensation Luka Doncic of the Dallas Mavericks.

The basketball community in Britain, both natives and hoop journeymen, believe the game suffers due to lack of structure, poor government support and funding and little to no national media exposure.

“There’s a lot of young talent. A lot of athletes. It seems like basketball would be the perfect sport to take off over there but the infrastructure has never been quite right,” said Toronto Raptors Coach Nick Nurse, who spent a decade coaching in the British Basketball League, a men’s professional league that is the highest level of play in the country. “There’s just not enough places to play. There’s not enough infrastructure in the coaching through the school systems and it’s just never gotten in place, stayed in place, been put in place. Take your pick.”

As Nurse coached in the BBL during the 1990s, the NBA was endeavoring, and eventually succeeding, in building its brand internationally. Though basketball’s European roots stretch back to the 1960s, the 1992 U.S. Olympic “Dream Team” — and its roster of Hall of Famers that included Michael Jordan, Magic Johnson and Larry Bird — helped broaden the game’s appeal. Former league commissioner David Stern pioneered the concept of teams playing regular-season games abroad and his successor, Adam Silver, spoke of the NBA’s “manifest destiny to expand globally” in his first year in the role.

Although the NBA has played regular season games in London for nine consecutive years, the expansion has operated in a silo. While a Briton can find a soccer field replete with artificial turf anywhere in London, outdoor basketball courts are a rarity. And since the weather in London often isn’t suitable for basketball, players who don’t want to slip and slide on blacktops have to drop money to find indoor courts.

“For us to get a basketball court, we have to get together a group of us and then all put in three or four pounds [about $4-$5] each to be able to [schedule] a court for an hour or an hour and a half.”

Mensah-Bonsu left as a teenager to attend an American prep school, then George Washington University before playing four years in the NBA and several more seasons in Europe. His country gave him no choice. There’s been a basketball exodus with talent such as Mensah-Bonsu and Minnesota Timberwolves veteran Luol Deng, who played for another top club team, the Brixton Topcats. Players have to leave Britain for better opportunities.

“It sucks and it hurts because with London being such a major city across the world, it’s strange that basketball is not as big of a sport in the U.K. in general,” said Mensah-Bonsu, now the G-League’s Capital City Go-Go general manager. “I think it just starts from the top.”

Mensah-Bonsu and other national players returned home for the 2012 Olympics. With London as the host city, the Great Britain basketball team had the financial backing of the country’s governing body. But Mensah-Bonsu said the team was given an impossible mandate to keep this support.

“We found that difficult when we went to the Olympics,” he said. “I will be explicit [in criticism] because I’m disappointed in the British Basketball Federation and the U.K. Sports Federation in general. So, you’re not going to get no sugarcoat from me. They told us we had to medal and obviously if we medaled, then they would’ve had another team that would’ve medaled at the Olympics and it would’ve looked good on them. If we didn’t then: ‘Okay, you guys didn’t meet the standards, so we’re going to take the funding away.’ ”

Even on a national level, the game lacks the power and money to be an influence. When Nurse was a BBL coach, the league’s games were televised. But now, without a television deal, the league struggles to remain solvent. This creates a cycle — without broadcast games, teams cannot find major sponsors. Without corporate funds, professional players are paid like paupers and the best talent leaves to play in other European countries.

“They could earn something very similar to working in a restaurant or working in a club,” said Vince Macaulay, who owns the London Lions of the 12-team British Basketball League.

“It’s quite frustrating,” said London Lions player Justin Robinson, a Briton who returned home to play in the BBL. “I have heard stories of guys getting ridiculously low money but that’s also a place where the league has to improve.”

Despite its issues, sometimes, ever so rarely, basketball isn’t cut off. At the Black Prince Trust, home of the The Regal and Jordan courts situated in the rear of a public housing complex, playing is free.

Jason Henley, the community manager, operates the gym and boasts of it being the only place in the country where ballers don’t have to pay to play. Leading up to the NBA London Game this week, the gym hosted pickup games for whoever walked through the doors.

Jason Henley, center, operates a gym at Black Prince Trust in London. (Candace Buckner/The Washington Post)
“For me, basketball is for everyone,” Henley said.

Though Henley cites Allen Iverson as a hero, even his passion may pale to the 19-year-old who journeyed an hour just to get some run.

Pattison-Neill beat everyone, including Henley, to the gym and waited more than an hour for other players to show up. He has grown accustomed to a solitary basketball life, because while his mates played football and rugby, he gravitated toward basketball. Though basketball lives within him and the several of his countrymen who trickled into the gym, Pattison-Neill wishes the rest of his country would embrace it too.

“It’s difficult to see the sport you love not get the attention it needs because it’s a great sport,” he said. “It can be so many things for people.”