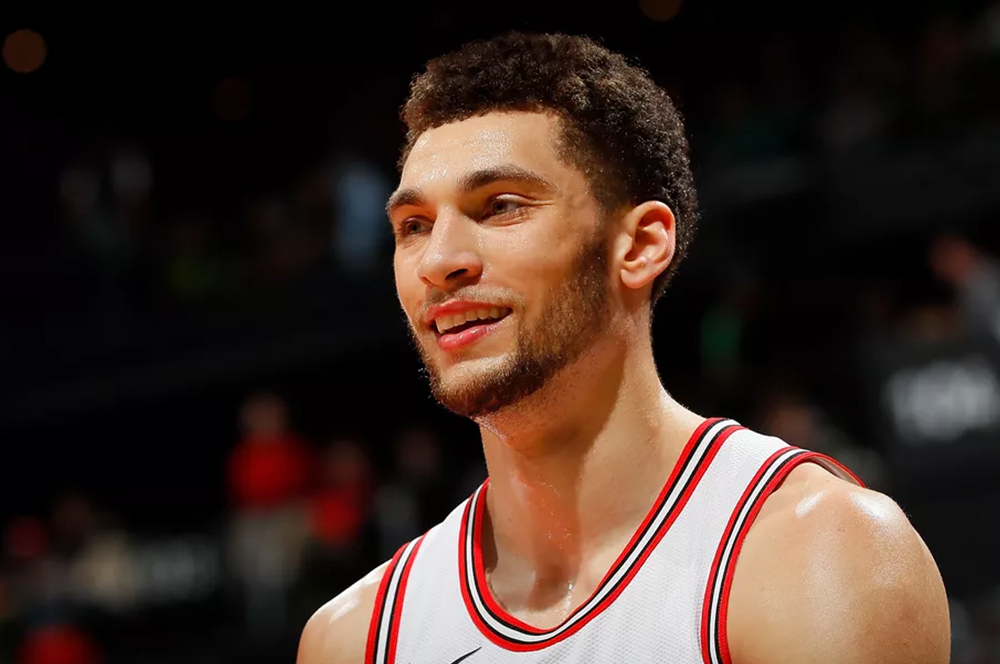 Zach LaVine could have been one of those NBA restricted free agents who hangs around on the market until August or even later, unable to find a team willing to risk winning a bid for him with an offer sheet and unable to convince his team from buckling and pay big dollars. Restricted free agency is a huge benefit to teams with young players coming off their rookie deals, and LaVine looked to be the latest victim of the rule. His pain would be the Chicago Bulls’ gain as, in the long run, they’d be able to keep LaVine on a more reasonable deal.

And then the Sacramento Kings came along.

The Kings offered LaVine $80 million over four years, a deal he accepted. That gave the Bulls two days to decide whether to match it or let him go. Chicago quickly decided to match the offer and retain LaVine at that steep price. Surely they’d expected to get a better deal in the end, and frankly it was a surprise the Bulls announced an intention to match so quickly.

This is what can happen in restricted free agent: a belligerent party can come in and turn over the table.

The Kings are the definition of a belligerent party here. Under Vlade Divac, they make some strange free agent decisions. (Interestingly, Divac is the best outright free agent the Kings have ever signed away from another team.) Last summer, the Kings’ odd behavior included given veteran point guard George Hill a rich multi-year deal (despite drafting a point guard No. 5). The Kings were able to move that deal to the desperate Cleveland Cavaliers, taking on a year of Iman Shumpert salary in the bargain.

This year, the Kings’ belligerence turned its attention toward restricted free agents and, so far, LaVine. There is evidence to suggest the Kings actually wanted LaVine despite the fact that Sacramento’s two best players, Buddy Hield and Bogdan Bogdanovic, are natural shooting guards, as is LaVine. Why do we think Sacramento really wanted LaVine, and wasn’t just doing a favor for him and his agent by inciting Chicago to action? Because the offer sheet included the maximum payroll advance allowable under NBA rules.

That’s one of those tiny rules that only seems to show up in restricted free agency when poaching teams are trying to make matching the offer sheet as unattractive as possible. It’s a big indicator that the Kings really wanted LaVine at $80 million over four years.

The resolution on this little saga is unsatisfactory to basically everyone. The Kings miss out on a player they wanted. The Bulls have to pay more than they wanted, threatened with losing a key piece of the Jimmy Butler trade package for nothing. LaVine gets paid, but has to remain on a bad team that, to some degree, didn’t initially think he was worth the contract he’ll sign, which is pretty deflating.

The best solution to these situations is usually a sign-and-trade, in which the targeting team threatens an offer sheet with buy-in from the player, but then engages the incumbent team to see if a sign-and-trade can be worked out. There’s been no suggestion the Kings tried this, instead reaching the offer sheet with LaVine as early as possible in free agency (without tipping off the signing before LaVine could actually sign the offer on July 6). Would the Bulls have played ball on a sign-and-trade, perhaps plucking a mid-rung prospect like Skal Labissiere or Frank Mason, or a future second? There’s no way to know. But that’s often a more satisfactory result.

The Nets put out four offer sheets in two years over 2016 and 2017, landing none of the players (Tyler Johnson, Allen Crabbe, Donatas Motiejunas, and Otto Porter). Crabbe’s deal, matched by Portland, was so onerous that the Blazers traded him to the Nets a year later anyway. Motiejunas’ whole contract fell apart due to a failed physical. But this is a sort of torture: the mere existence and purposeful belligerence of the Nets over those two years got Johnson and Crabbe bigger contracts than they should have reasonably gotten as restricted free agents, almost did the same for Motiejunas, and forced the Wizards into paying Porter the max.

Now the Kings have carried on that tradition by getting LaVine paid. You wonder if, like the Nets before them, they’ll move on to liberate another restricted free agent, risking just a high enough salary that they might accidentally win the expensive services of a young player. Jabari Parker is a pretty obvious target in that there’s real question whether the Bucks will match anything major. Marcus Smartand Clint Capela are two other big names whose teams seem to be daring them to find big offers. (How the Rockets are not stressing about Capela potentially signing the qualifying offer to return for one year and becoming an unrestricted free agency in 2019 is stressing me out.)

The Kings could also decide to target restricted free agents more likely to escape a match, even if it would likely mean overpaying those players. That group include Montrezl Harrell, Patrick McCaw, and David Nwaba.

Restricted free agency presents a huge advantage for incumbent teams who can often squeeze their players into submission or push them to sign qualifying offers, essentially betting on themselves. The presence of a belligerent team like the Kings diminishes that power. That’s good for the balance of the league and keeps even the weird corners of free agency entertaining. While Divac’s decision to offer up $80 million for Zach LaVine gave Kings fans and eventually Bulls fans heartburn, it helped equalize the scales in restricted free agency.

Perhaps the Kings will now avenge the situations of other restricted free agents, too.