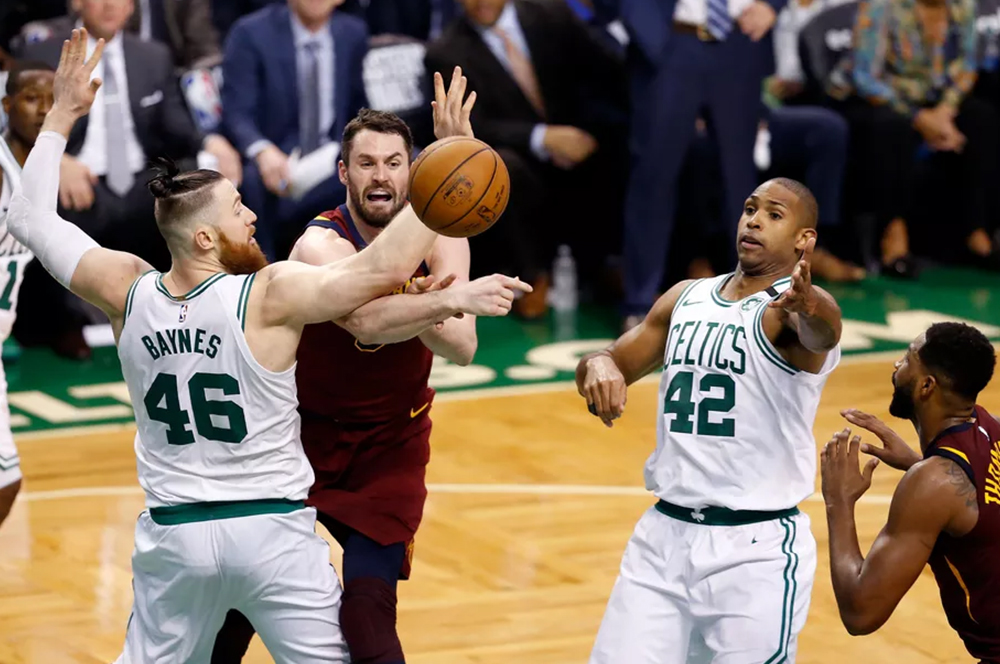 Just like that, the Cavaliers are down 2-0 to the Celtics. Forty-two points from LeBron Jameswere not enough as Cleveland lost Tuesday’s Game 2 in Boston 107-94.

James also finished with 12 assists and 10 rebounds to lead the Cavs with Kevin Love adding 22 points of his own. Cleveland even lead in this game, holding onto a four-point lead after the first quarter and seven points at half time. And then all of it — Game 2, maybe the Cavs’ season if they can’t rebound from this — unraveled.

By the 8:19 mark of the third quarter, the Celtics were down by just two points. Two Terry Rozier free throws with 6:15 to play in the quarter tied the game. And then a Marcus Smart three-pointer gave Boston a one-point lead with 4:32 to go into the third quarter — its first lead since 3-2 in the game’s opening minutes.

It only got worse from there for the Cavs. J.R. Smith responded to Smart’s make with a clanked three-pointer, leading to any uncontested Rozier dunk and a Cavs timeout. By the end of the quarter, the Celtics lead 84-77. They outscored the Cavs by 14 points in the quarter.

James then sat — as he normally does — to start the fourth quarter, missing just 1:29 of game action before returning with the Cavaliers down 11. And then the Cavs proceeded to fight back, get back in the game and have at least an outside shot to win a game it appeared to have lost. With 4:41 to go, Boston called a timeout with Cleveland within six points.

And then it all fell apart again. Smith pushed a leaping Al Horford in the back with 3:49 to go — it was reviewed by the officials and ruled a Flagrant 1 — and Boston pushed its lead up to 10 points and kept the ball. Horford then blew by Love in the post to put the Celtics up 12 — their biggest lead of the game.

Then, after an offensive foul call on Tristan Thompson, Horford hit a long two-pointer to put Boston up 14. Rozier scored uncontested with 1:48 to go, putting the Celtics up by 16 and prompting Tyronn Lue to call a timeout and waive the white flag.

This marks the first since 2008 that James has trailed 2-0 in an Eastern Conference playoff series. James started the game 8-13 from the field in the the first quarter, but was 8-16 the rest of the way.

Jaylen Brown led the Celtics with 23 points. Rozier finished with 18 points — 14 of which came in the third quarter — and Horford had 15 points.

Up next: The series takes a pause until Saturday, when the Cavs will host the Celtics for game 3. Tipoff is at 8:30 p.m. at Quicken Loans Arena.