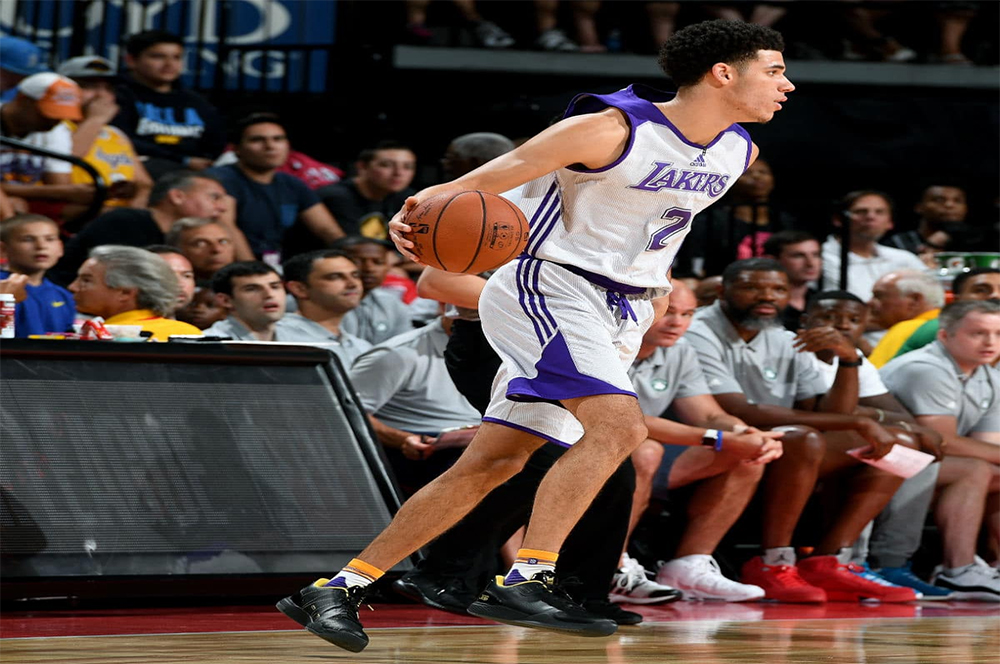 LaVar Ball said his son would be back and better, and he was right.

After posting a dud in his Summer League debut, scoring only five points on 2-of-15 shooting, Lonzo Ball reminded the world why the Lakers selected him with the No. 2 overall pick in this year’s NBA Draft.

Ball posted his first-ever triple double, putting up 11 points, 11 rebounds and 11 assists in Los Angeles’ loss to Boston on Saturday night. He did not post a triple double in his lone season with the UCLA Bruins.

The 6’6” point guard put the cap on his night by going coast-to-coast for a one-handed tomahawk that solidified his stat-stuffing game.

Ball’s night was full of highlights, diming his teammates on countless occasions. His selflessness was contagious, as his running mates consistently made the extra pass to find the best available shot.

Lonzo’s father LaVar Ball called it. The outspoken dad said his son hit rock bottom with his poor performance in his Summer League debut and would rebound with a great Game 2. With his first triple double underneath his belt, Ball’s done just that.