Identical twins Marcus and Markieff Morris now play for the Celtics and Wizards, who hate each other

Identical twins Marcus and Markieff Morris now play for the Celtics and Wizards, who hate each other

Identical twins Marcus and Markieff Morris now play for the Celtics and Wizards, who hate each other
NBA 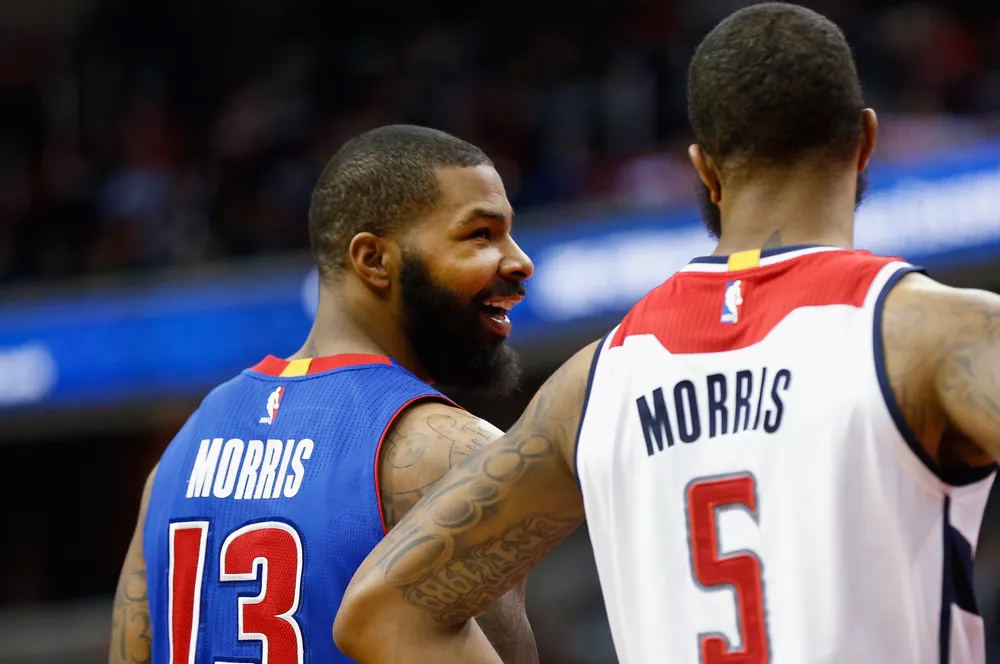 Marcus Morris was traded to the Boston Celtics on Friday morning along with a second-round pick in exchange for Avery Bradley. It was a salary dumping move for the Celtics, who can now happily sign their prize free agent, Gordon Hayward. But this trade means so much more than it appears on the surface, for both Boston and the Washington Wizards.

It means a TWINS war between Marcus and Markieff Morris (who are incredibly identical) and now play for rival teams (who incredibly hate each other).

The Celtics and Wizards really, really hate each other.

Marcus Smart and Jae Crowder had serious beef with John Wall and Bradley Beal all of last season. They’ve had pushing matches, Crowder poked Wall in the face, and there were more pushing matches and some scuffles mixed throughout as well as infinite amounts of trash talking.

The rivalry really peaked when the Wizards wore all-black clothes to a game against the Celtics, and thus it was known as the Funeral Game.

Now the teams will each have a Morris twin to add to the beef!

It’s highly unlikely that this beef is said and done with as long as Smart and Crowder are still with the Celtics next season. So the Morrii will have to either fight against each other or sit out of the trash-talking battles between the teams.

And stay with me here.

Things could get interesting.

The Morris twins could flip jerseys. In the heat of the conflict, nobody would notice. They are so identical, I have no way of describing it except the fact that they have IDENTICAL TATTOOS. Like seriously, how do their friends tell them apart?

Anyway, if they flipped jerseys they could totally mess around, quarrel with teammates, then reveal themselves and show how dumb this beef is.

BUT, the beef is fun. So hopefully, the Morris conundrum only fuels the fire.