Pacers waive Monta Ellis with 2 years left on his contract, per report

Pacers waive Monta Ellis with 2 years left on his contract, per report

Pacers waive Monta Ellis with 2 years left on his contract, per report
NBA 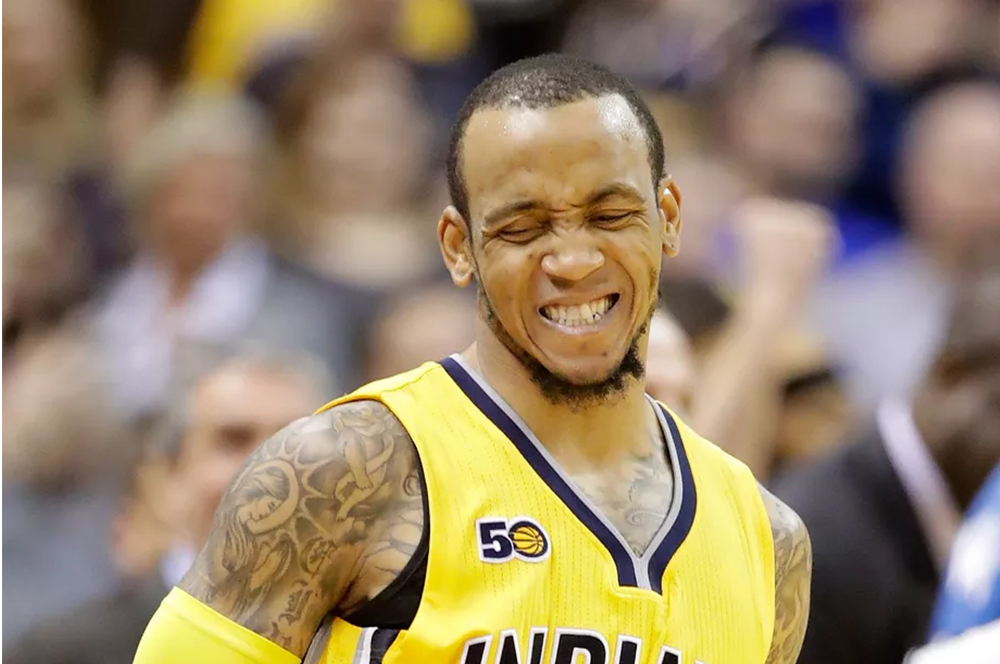 Monta have it all ... but not a job with the Pacers anymore.

The Indiana Pacers have waived Monta Ellis, cutting the combo guard with one year left on his contract, according to The Vertical’s Shams Charania. Ellis spent his last two seasons in Indiana, but he started only 33 games last season while averaging the fewest minutes and points of his career, rookie year excluded.

To waive Ellis, Indiana used the stretch provision, which means they’ll pay Ellis’ $11.2 million remaining salary over the next five seasons. It does mean that the Pacers will have a $2.2 million cap hit in dead money until the 2021-22 season. However, the team is free from Ellis’ $11.7 million player option for the 2018-19 season, due to the “quirky” way his contract was set up, per ESPN’s Zach Lowe.

Ellis’ effectiveness has tumbled since joining Indiana in 2015. Now 31, Ellis’ days as an explosive attacking guard are fading along with his athleticism, and his jump shot has never been good enough to compensate for those deficiencies. Last season, Ellis shot 44 percent from the floor and 32 percent from behind the arc while barely getting to the free throw line and barely showing up defensively, as has been the trend throughout his career.

Indiana is headed into a rebuilding mode — or “retooling,” if you think they can quickly rebound from losing Paul George. They’re a virtual lock to lose a lot of games next season, and Ellis’ chucking on a bad team might actively stunt the development of their young players. I’m not sure why they didn’t just eat his salary this season, rather than stretching it out over the next few years. (It’s possible that’s the only way they could have waived his player option money.) But the Monta era in Indiana is done for good.

As for Ellis, it’s possible someone takes a flier on him. He also fits the mold of someone who might go overseas to China, I would think. We’ll see which option he takes.