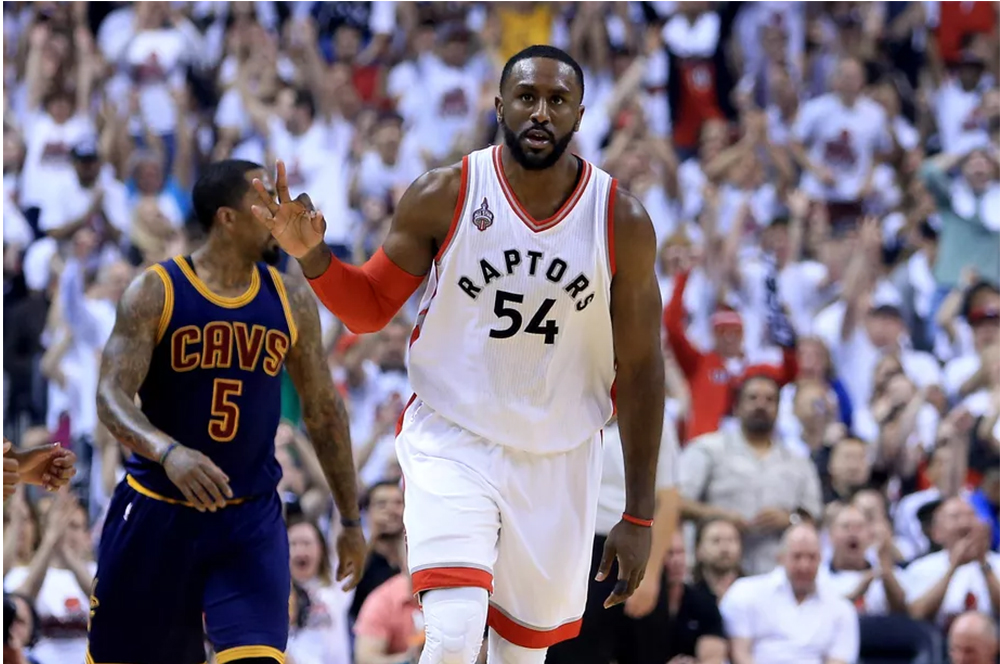 Patterson should slot in nicely at the vacant power forward position in Oklahoma City.

Needing a power forward, the Oklahoma City Thunder have agreed to a three-year, $16.4 million deal with former Toronto Raptors big man Patrick Patterson, according to ESPN’s Adrian Wojnarowski. Patterson should slide into the starting power forward spot vacated by the departures of Taj Gibson and Domantas Sabonis.

The third year is a player option, according to Wojnarowski.

The 28-year-old Patterson averaged 6.8 points and 4.5 rebounds in just under 25 minutes per game with the Raptors last season while shooting 37 percent from three-point range. He battled a knee injury throughout the year, though he did play in 65 games. The Raptors elected not to bring him back because they were too far over the luxury tax after re-signing Kyle Lowry and Serge Ibaka.

Patterson may have an opportunity to start in Oklahoma City as a floor-spacer alongside Russell Westbrook and Paul George. The Thunder traded promising youngster Sabonis to Indiana to get George and watched midseason acquisition Gibson sign with the Minnesota Timberwolves.

Patterson will likely sign via the taxpayer mid-level exception.

Patterson is beloved by advanced stats

Patterson isn’t much of a scorer or rebounder, but he simply helps teams win. Those skills will be valuable alongside two ball-dominant players like Westbrook and George, as well as poor perimeter shooters like Steven Adams and Andre Roberson (if he is re-signed).