Gordon Hayward will sign with the Celtics after all

Gordon Hayward will sign with the Celtics after all

Gordon Hayward will sign with the Celtics after all
NBA 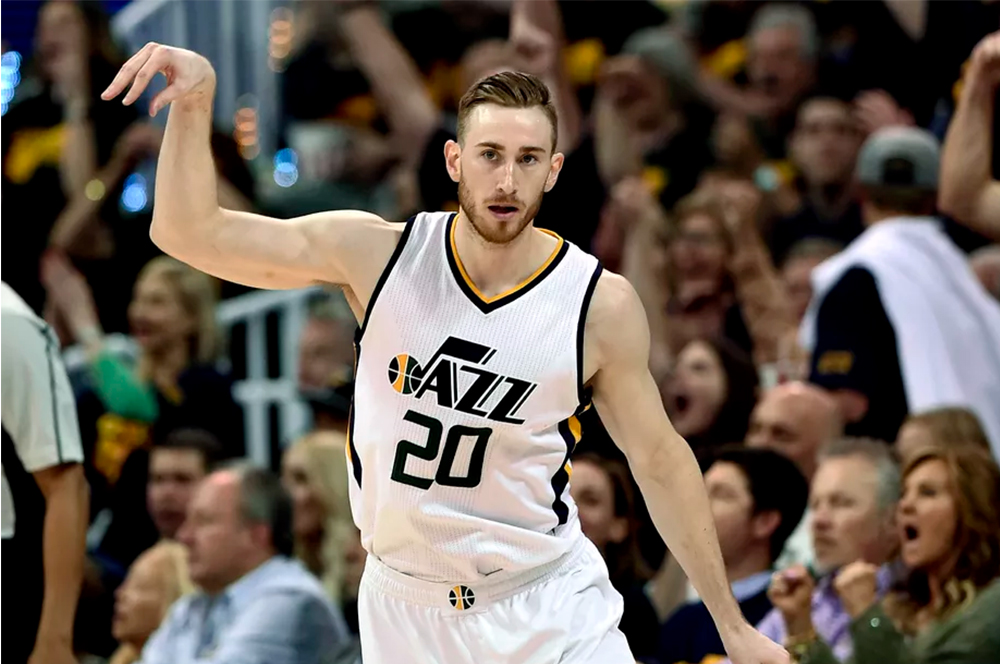 Hayward announced his decision in a Players Tribune letter after his agent denied the news upon it being reported early.

After three meetings in three cities with three different teams, Gordon Hayward has made up his mind. The 27-year-old forward will sign with the Boston Celtics, he announced on The Players Tribune.

Hayward will sign a four-year, $128 million deal, according to Yahoo! Sports’ Shams Charania. The fourth year is a player option.

“There were so many great things pulling me in that direction,” Hayward wrote in his article. “There was the winning culture of Boston, as a city — from the Sox, to the Pats, to the Bruins. There was the special history of the Celtics, as a franchise — from Russell, to Bird, to Pierce, and it goes on. There was the amazing potential of this current Celtics roster, as a team — from ownership, to the front office, to a talented roster with Isaiah, and Al, and everyone else. And of course, there was Coach Stevens: Not just for the relationship that we’ve built off the court — but also for the one that we started building on the court, all of those years ago, in Indiana.

And that unfinished business we had together, back in 2010, when I left Butler for the NBA … as far as I’m concerned, all of these years later, we still have it.”

The news was initially reported by ESPN’s Chris Haynes on Tuesday afternoon, but was disputed by Hayward’s agent. Ultimately, though, that was merely delaying the inevitable.

With the Celtics, Hayward is teaming back up with head coach Brad Stevens, who led Butler to a national championship appearance in 2010 with Hayward as his star player.

Hayward has been in Boston’s plans for at least a year, and their rebuilding process has stretched out longer than that. With Hayward, the Celtics have another player they can build around, but they also still have numerous draft picks and young players that could facilitate a major trade. For example, what if Anthony Davis came on the market soon after a failed Pelicans experiment?

Hayward’s game has grown each year, with his scoring average increasing in all seven of his NBA seasons. In Utah last season, Hayward was the featured man, averaging 21.9 points and 3.5 assists on a 59.5 percent true shooting mark. Along with new co-star Isaiah Thomas, Hayward and the Celtics are now prepared for another season spent gunning for the No. 1 seed and hopes for a deep playoff run, opportunities that had not been presented to him in Utah.

What does Hayward bring to the Celtics?

Hayward has improved every year he has been in the league, improving his scoring average each of his seven seasons. In 2017, Hayward truly broke out as a top option, making his first All-Star team. When you consider Utah had the slowest pace in the league, Hayward’s 21.9 points per game are even more impressive than they seem. That, combined with how efficient he was, proves that Hayward could have remained a No. 1 option if he needed.

But now he’s next to Isaiah Thomas and Al Horford, and Hayward won’t need to always carry the load himself. That’s great! Hayward is a modern, excellent off-the-ball player both on the catch-and-shoot and slasher roles he filled admirably early in his career. There will still be plenty of shots available for Hayward, especially when Thomas is off the floor.

But if his scoring average dips even slightly, Hayward can take solace in the fact that Boston should roll through an Eastern Conference that has only one real threat to them — Cleveland.

What about his contract?

Hayward was always going to command a max deal, so signing one is no surprise. But even when you add that on the books next to Horford’s huge deal, the Celtics can still have more than $20 million in cap space available next summer. Thomas, Avery Bradley, and Marcus Smart all hit free agency in 2018, giving Boston many questions, but extreme flexibility.

What problems does Hayward solve?

As good as Thomas was last season, there were times when Boston’s offense relied on him too much. Ninety percent of the time, Thomas was up for the task — but there’s no need to force that role onto him anymore. With Hayward joining up with the Celtics, the team has a dynamic second option who can create good shots on his own just like Thomas.

Boston wanted Paul George this summer, too, until Oklahoma City beat them to him. But they still boast an interchangeable assortment of wings that they can stick on any opponent. Crowder, Jayson Tatum, Jaylen Brown, and now Hayward is a foursome that plays both ways and can wear down anyone on either side of the ball.

Where do the Celtics stand in the East now?

The Celtics won the No. 1 seed last year, though the Wizards still took them to seven games in the Eastern Conference semifinals. But teams like Washington and Toronto are probably behind them now. Boston has one true competitor, and it’s LeBron James in Cleveland.

Hayward alone probably isn’t enough to topple LeBron, at least not this season. The Celtics were defeated rather decisively in five games in the East finals, after all.

But Hayward’s addition pushes Boston slightly closer than before, and they still have assets galore that they can cash in on if another star becomes available. Boston is certainly a contender to make the Finals out of the East and should be the favorites to win it in the regular season with Cleveland coasting. That’s more than they could realistically say before.