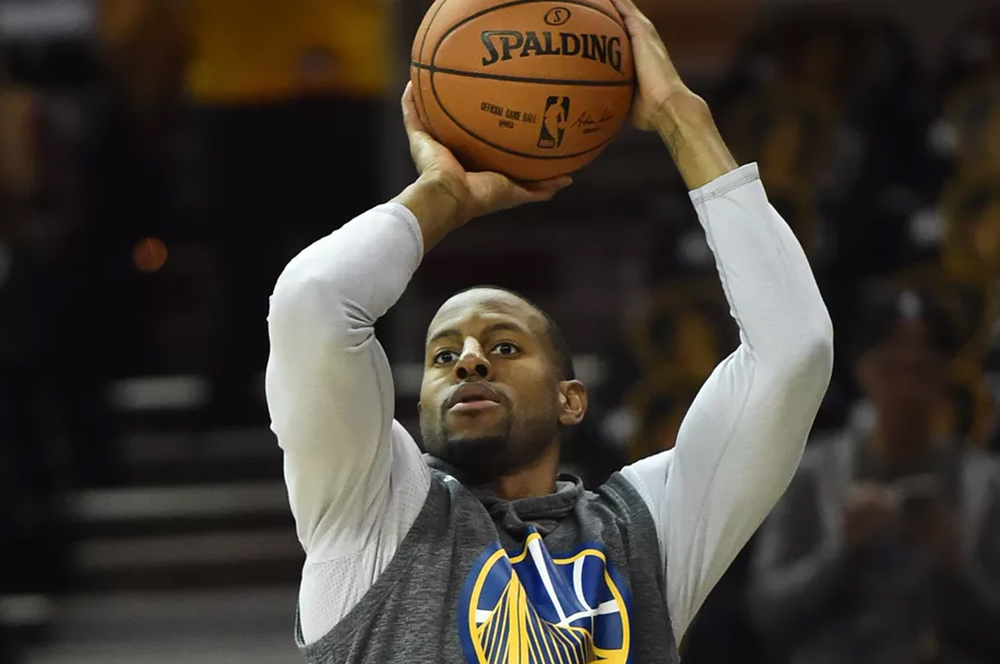 Iguodala played hard to get, but he’s back like we all thought he would be.

Andre Iguodala will end back up with the Golden State Warriors after all. After several weeks where Iguodala drops not-so-subtle hints that he might leave the team, Iguodala has agreed to a three-year deal worth $48 million, according to The Vertical’s Shams Charania.

Iguodala met with several teams on July 1 after free agency started, threatening to leave the Warriors even though most presumed he just wanted leverage in his negotiations. It appeared that Iguodala did meet a couple of his demands, receiving a slight increase from the Warriors’ initial offer and getting his third year fully guaranteed.

In the past 24 hours, Iguodala met with the Rockets, Spurs and Kings, receiving multi-year offers from all three. He also set but then cancelled a meeting with Philadelphia. But Iguodala has spent the past four seasons in Golden State and has two championships to show for it. As long as the Warriors were able to offer him a deal that he felt was competitive, it always felt extremely likely that he would be back.

On Saturday, Golden State general manager Bob Myers flew to Los Angeles to meet with Iguodala, returning to Oakland with a commitment to keep the team’s championship core together. It may have been more expensive than the team hoped, but Iguodala was the second-to-last piece of the puzzle. All that’s left is Kevin Durant, but there’s no doubt about his future: the new Warriors star is expected to re-sign with the team in the next few days.

And if there’s any doubt, Iguodala reported the news of his re-signing himself.

What does Iguodala bring to the Warriors?

Iguodala is a perfect bench player for the league’s best team. Before Golden State, Iguodala had spent his entire career as a starter, but he didn’t question his move to the bench under Steve Kerr with the 2015 Warriors team that eventually won a championship. He has a perfect blend of two-way versatility and basketball smarts, fitting right into a Warriors team that relies on its collective basketball IQ as much as anything else. Defensively, Iguodala is the team’s best one-on-one perimeter stopper, something that can either bother LeBron James.

What about his contract?

The reason the Warriors were hoping to sign Iguodala cheaper than they did — and have a partial guarantee on his 2019-20 season — was that they’re quickly rocketing towards luxury tax hell. They’ve given Stephen Curry nearly $200 million over the next four years, and Kevin Durant isn’t far behind him. By 2019, when the team will have to re-sign Klay Thompson to an enormous deal or let him walk, they will have been over the luxury tax limit for several seasons. For every dollar over, they’ll be paying three or four dollars in penalties, something that will rapidly add up and could even dwarf the team’s actual salary.

Golden State can afford it, of course. They’re one of the most recognizable sports franchises in the entire world right now, with global popularity and what seems to be a chokehold on the NBA for the next few seasons at least. But it will cost the Warriors, too, to keep the core together. Every dollar spent around the edges, even on key role players like Iguodala, will cost them.

What hole does Iguodala fill on the Warriors?

Golden State could probably survive on their top four stars alone, but they’ll need depth to continue staying ahead of the challengers emerging around them, especially in the Western Conference. Iguodala is a pivotal piece off the bench doing just that, filling into the team’s Death Lineup beautifully and giving the team quality minutes on both ends whenever he’s on the court.

Along with Shaun Livingston, who the team also re-signed, the Warriors are top-heavy but still much more than just the Big Four. That’s important.