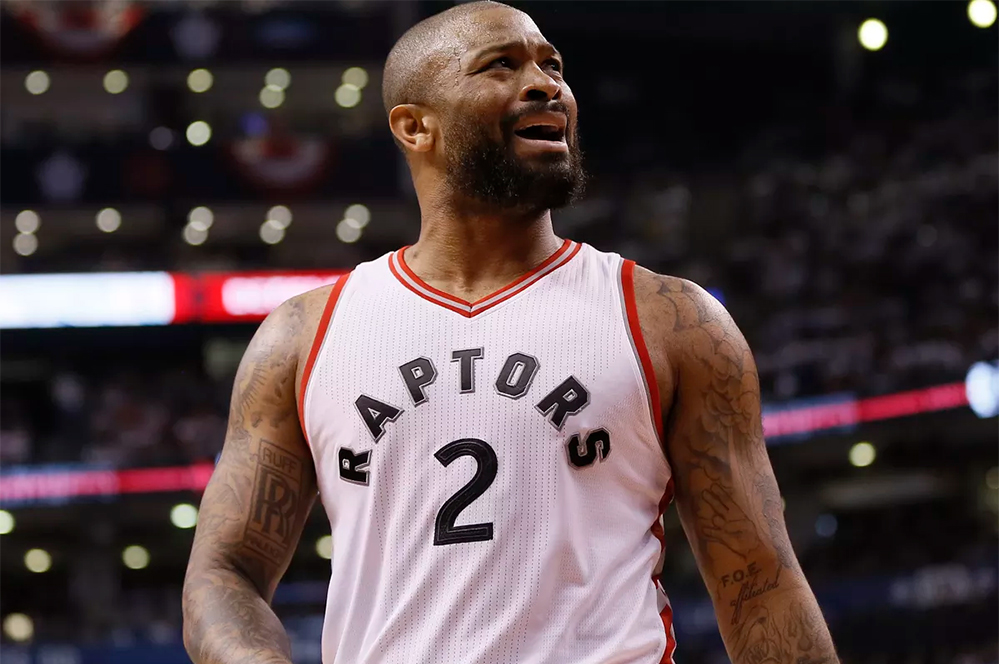 The Rockets add another wing defender.

P.J. Tucker has agreed to a deal with the Houston Rockets, according to the Vertical’s Shams Charania. The deal is worth $32 million over four years. Tucker spent the last half of the 2016-17 season with the Toronto Raptors after he was traded from the Phoenix Suns at the trade deadline. He and Serge Ibaka were supposed to give the Raptors enough for a deeper playoff run which never came to fruition.

Now the Rockets get a chance with a solid defender who can shoot from the deep — the perfect recipe for a Mike D’Antoni offense.

Tucker is a much better option than Iman Shumpert

The market for players of Tucker’s skill set aren’t strong in this free agency class for teams with limited funds, and the Rockets were rumored to be in talks with the Cavs to take on another wing defender in Shumpert. But he doesn’t have nearly the offensive upside Tucker does.

Tucker shot 36 percent from distance last season, and though he only shot 41 percent from the field as a whole, he will really be able to stick to his strengths in Houston’s fast-paced offense which now includes not one, but TWO of the greatest passers in the game.

Finding space in the corner, Tucker is bound to be one of a fleet of capable shooters surrounding Chris Paul and James Harden, and he can seriously contribute on the other end as well. He’s able to defends threes and fours in a smaller lineup, and is a versatile threat for D’Antoni to move around.

The Rockets will keep Tucker on a cap-favorable deal too

If the deal is an even $8 million per year, the Rockets will be able to move Tucker in the later stages of this contract easily. He’s 31 now, meaning he’ll be 35 by the contract’s final year, but it’s a win-win contract for both parties. Tucker is guaranteed pay, and Houston will keep him for as long as he’s able to fill his three-and-D role.