Mavericks open the door to Dirk Nowitzki playing beyond next season

Mavericks open the door to Dirk Nowitzki playing beyond next season 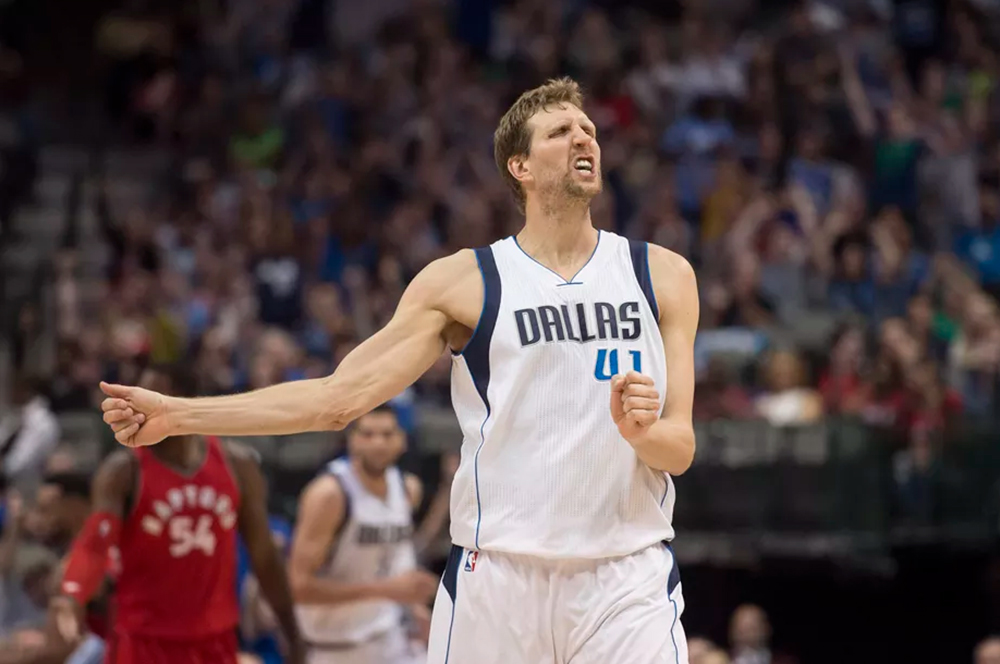 Dallas will decline its team option to offer Nowitzki a new deal, which is a strong indication he has more than one year left.

It sounds like Dirk Nowitzki has multiple good years left in him. The Dallas Mavericks will decline Nowitzki’s $25 million team option for next season with the intention of inking him to a new contract, possibly a multi-year deal, according to ESPN’s Marc Stein. A two-year contract is one scenario, according to Stein.

The decision is a strong indication that Nowitzki could play beyond next season, which will be his 20th with the Mavericks. It’s also a way for Dallas to create more cap space to pursue free agents this summer, though Stein reports that inking a big name is not the intention.

Nowitzki signed a two-year, $50 million deal to stay with Dallas last summer, with the second year a team option. At the time, Nowitzki planned to stick around through the duration of that contract.

But in his season wrap-up interview this April, Nowitzki suggested he could play two more seasons with Dallas beyond this one.

“If I feel like this [next year] like I did at the end [of this year], I think I could play another one after that,” Nowitzki told reporters, via Brad Townsend of the Dallas Morning News. “I’ll just leave all that open. ... But I’m definitely playing next year.”

A source characterized the Mavericks’ plan to Stein as “do what Dirk wants.”

An ancillary benefit to declining the team option is that it helps the Mavericks’ cap situation. Nowitzki was in line to make $25 million next season. Were Dallas to make him whole, they could sign him to a contract that’d pay him $12.5 million per year for the next two seasons. Depending on how Dallas orders its free-agent signings and where the final cap number comes in, it could create up to $15 million in space to pursue free agents.

That’s probably not enough for New Orleans point guard Jrue Holiday, who is a reported target, but it could be enough for other rotation players to pair with its core of Nowitzki, Harrison Barnes, Nerlens Noel, Wesley Matthews, Seth Curry, and first-round pick Dennis Smith Jr.

Nowitzki remained effective in a more limited role last season, averaging 14 points and 6.5 rebounds in 26.4 minutes per game while shooting 38 percent from three-point range. The addition of Barnes and the midseason acquisition of Noel (a restricted free agent the Mavericks are expected to re-sign) means that the Mavericks are well stocked up front to transition Nowitzki into a complimentary role.