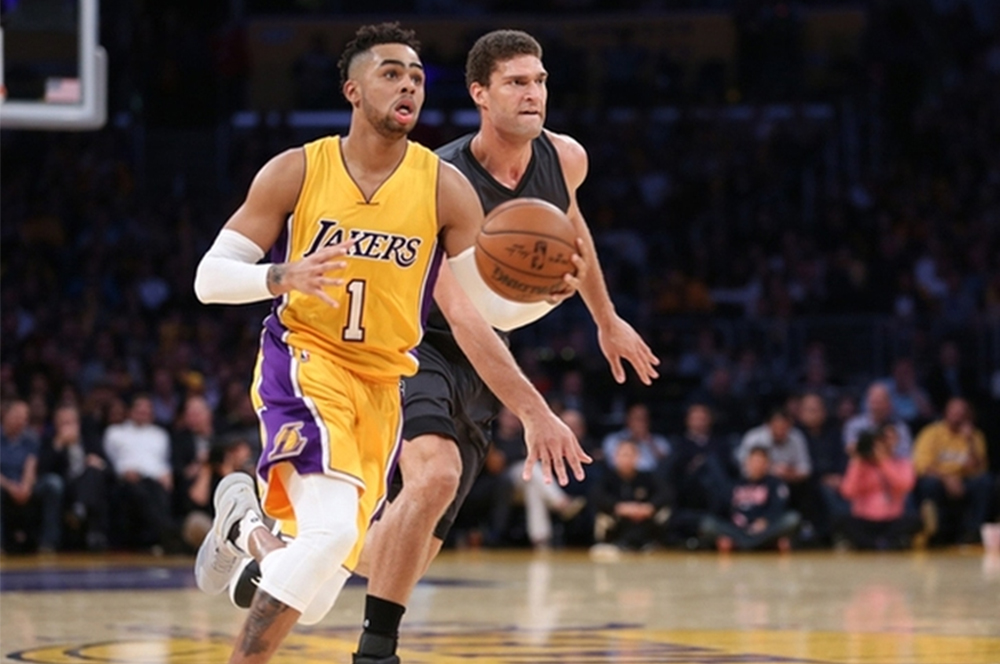 his move clears up long-term salary, possibly for Paul George.

The Los Angeles Lakers will trade Timofey Mozgov and D’Angelo Russell to the Brooklyn Nets for Brook Lopez and the No. 27 overall pick in the 2017 draft on Thursday, according to The Vertical’s Adrian Wojnarowski. The deal comes just days after Paul George told the Indiana Pacers he would not re-sign after his contract expired in 2018, stating he preferred landing with the Lakers.

This move clears long-term salary space invested in Mozgov, who hardly played this past season. L.A. signed him during last summer’s spending spree on a four-year deal worth $64 million. Instead, they’ll assume Lopez’s contract, which expires after the 2017-18 season.

The shock is that this trade was enough to move Russell, the team’s No. 2 pick in 2015, but gives life to the idea that L.A. is leaning towards drafting another point guard on Thursday. Signs are pointing to that player being Lonzo Ball.

Why this trade makes sense for the Lakers

This move was clearly done to pave the way for a potential Paul George signing next summer. There were rumors that L.A. could be making a move to trade for George now, while his value is low and Indiana is selling, but it appears at least for now they’ll try and wait it out for next season when he is a free agent.

The Cleveland Cavaliers, Boston Celtics, and Washington Wizards have been linked to George in the meantime, and it seems Magic Johnson will play on the idea that wherever he lands won’t be a long-term move.

Wojnarowski also hinted that this move could be to clear space in case LeBron James opts to come to the Lakers if he’s unsuccessful in taking down the Golden State Warriors next year.

Losing Russell is a steep price to clear cap space they won’t be assured to fill next summer, but it proves the Johnson-led front office is ready to be bold. It’s fairly safe to think that Ball will be their selection in Thursday’s draft to fill in Russell’s role. They also get another chance with the No. 27 pick.

Why this trade makes sense for the Nets

Brooklyn has been dangling Lopez’s contract for a while, and though it comes with the Mozgov contract caveat, this is about as good of a prospect as they could’ve hoped to pull. Russell was the No. 2 pick in the draft two years ago, and though he’s lacked consistency, he still has All-Star potential.

The Nets have bled out all of their first-round picks, and this was an important move to bring a high-upside talent onto a team with few of them.

Brooklyn is nowhere near legitimate contention, either, and is unlikely to be much closer during the duration of Mozgov’s contract. They should be able to comfortably hold onto his deal while they restructure their future.