Would Andre Iguodala really leave the Warriors in free agency? We don’t think so

Would Andre Iguodala really leave the Warriors in free agency? We don’t think so

Would Andre Iguodala really leave the Warriors in free agency? We don’t think so
NBA 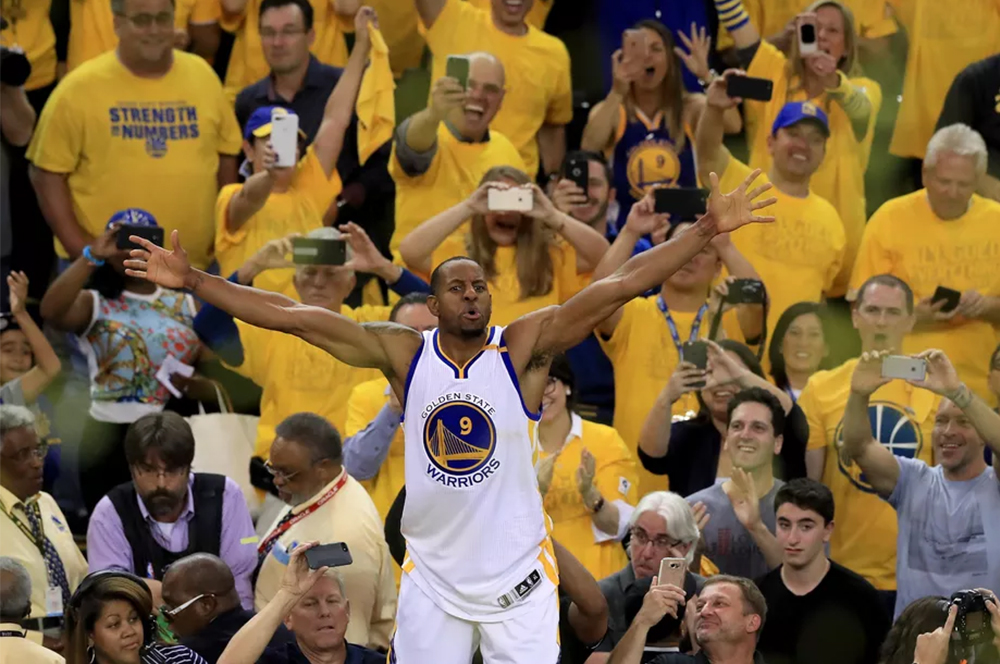 Andre Iguodala will seriously consider other teams’ offers, according to The Vertical. But we find it hard to believe he leaves the champion Warriors.

Andre Iguodala has been one of the cornerstones of the Warriors’ foundation of dominance, but that could come to an end this summer if recent reports on his free agency are true.

According to The Vertical’s Shams Charania, Iguodala is planning on seriously considering a slew of other teams to play for next season. Iguodala still wants to play for a contender, according to the report, but teams will have a chance to convince him why they can.

Iguodala plans to seriously consider other teams in July, league sources told The Vertical. Prospective teams would need to show in meetings a vision to move toward contention to pry Iguodala from Golden State, league sources said. In four seasons with the Warriors, Iguodala has served as a playmaker and primary wing defender and established himself as a high-character leader.

Iguodala made just over $11 million with the Warriors this season and will enter unrestricted free agency this summer. According to the report, teams around the league believe his value on both ends could earn him a $20 million price tag.

Previously, the Bay Area News Group’s Tim Kawakami reported Iguodala’s new contract with the Warriors is “almost already done” and would be a multi-year worth somewhere between $8 million to $12 million in value.

Iguodala averaged 7.6 points, 4.0 rebounds, and 3.4 assists per game off the bench for Golden State last season. He’s 33 years old and going into his 14th season.

Why it makes sense for Iguodala to leave the Warriors

The Warriors are strapped for cash right now and Iguodala might not want to take a pay cut.

Outside of Curry and Durant, both of which they certainly will re-sign, they have to choose between signing some combination of Iguodala, Shaun Livingston, and Ian Clark this summer. Durant taking a $3.7 million hit on a one-year extension would allow the Warriors some wiggle room to bring back role players at a feasible price as Kawakami outlined.

But that would likely require Iguodala to take another pay cut, which, if Shams’ report is correct, he does not seem ready to do at this point.

Iguodala’s role and skill set make him a unique option in free agency. He’s older, but still has the skill to handle the ball and hit open threes on the offensive end. He’s still one of the better defenders at his position in the league today despite his old age.

In today’s NBA, a player with that skill set could easily go for $16 million to $20 million annually on the open market. After re-signing Durant and Curry, the Warriors will have crossed into the luxury tax threshold, but will have about $19 million to $22 million left before they cross the tax apron.

Most of that could go to Iguodala, but that would significantly hamper their ability to re-sign other role players currently on the roster and/or find replacements for them. Going over the tax apron not only carries a heavy financial cost, but it also limits teams’ mechanisms for acquiring free agents on other teams.

We can’t underestimate how badly other teams want Iguodala. The Timberwolves have consistently been talked about as being in the mix, and ESPN’s Zach Lowe believes they’re a serious threat.

Igudoala has made more than $120 million in his career, but he has yet to cash in since the league’s recent cap boom. He’s won two titles and has a Finals MVP trophy — that isn’t the goal for him anymore.

If he wants to really be paid, he may have to go elsewhere to get it.

Iguodala is 33 years old and isn’t getting any better. He might be able to find more money elsewhere, but he isn’t going to find a better fit with another team.

Even with his skill set, it’s a bit difficult to ask teams to shell out $20 million annually for a player that deep into his career with injury issues. Iguodala might be a great locker room presence and a veteran leader, but that isn’t worth $20 million.

Besides, the Warriors are very clearly the best team in the league by a pretty wide margin. He plays with shooting everywhere on the court and is able to get easy shots because of how much attention the defense pays to the Warriors’ main cogs. That same thing won’t be in Minnesota, Chicago, Atlanta, or anywhere else he may consider.

He seems fairly comfortable in Golden State and seems to like the team surrounding him. Sure, a huge payday would be nice, but if he only takes a $12 million to $14 million deal annually in Golden State, it probably beats playing in Minnesota for $20 million where they still haven’t learned how to win. The fact that Charania’s report got out could simply be Iguodala putting pressure on the Warriors to up their initial free-agent offer.

There just isn’t a better situation in the league for Iguodala in the short term, and there’s only so much time left in his career. If Iguodala is really willing to leave, the money has to be something he can’t refuse. I just don’t see teams offering him that along with guaranteeing contention every year.

Money is hard to turn down — especially after you’ve already done your fair share of winning. Iguodala hasn’t had a huge payday to this point and is more than deserving of one if he wants it.

But at the end of the day, there isn’t a better situation in the league than the Warriors. There is no way he’ll take an $8 million deal, but if the Warriors can stay north of $12 million, then they should have no problem keeping Iguodala around. That seems like the most likely scenario here.