Why did the Celtics trade the No. 1 pick?
NBA 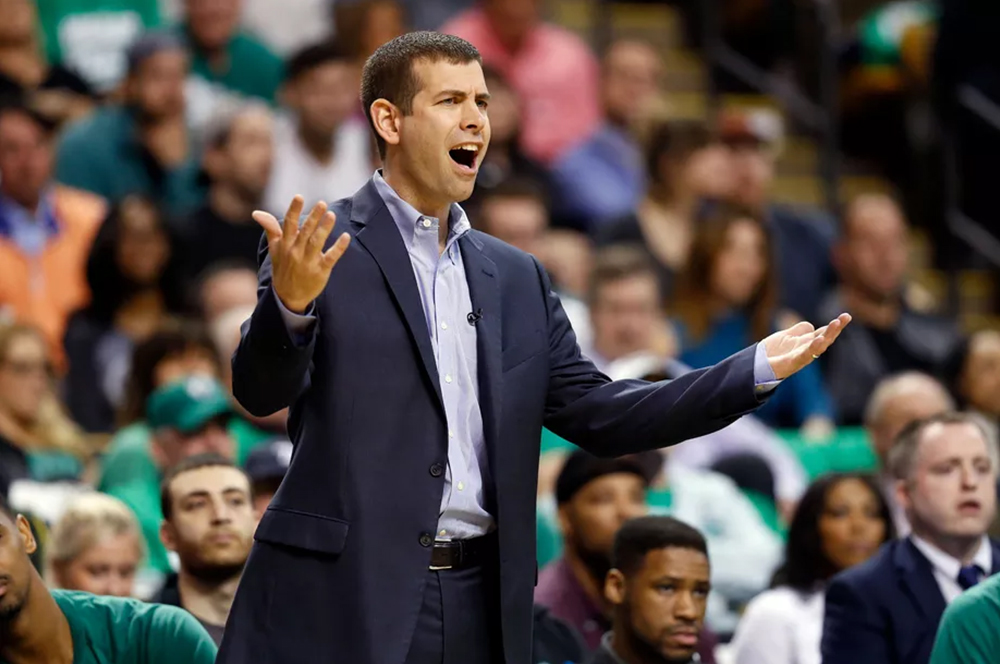 There are many possible reasons, but we may not know the real one for a long time.

Years after trading Kevin Garnett and Paul Pierce to the Nets for a boatload of future assets, Boston landed one of the grandest prizes of all with the No. 1 pick in a good draft. This is why you trade stars for draft picks: so that you can get future stars on rookie deals. This No. 1 choice would be added to a 53-win team that made the conference finals, as could a max-level free agent.

Instead, the Celtics traded the pick that would have been Markelle Fultz in Thursday’s 2017 NBA draft. Boston agreed Saturday to send the pick to the 76ers in exchange for No. 3 in Thursday’s draft plus what is expected to be an excellent choice in either 2018 or 2019.

Why? The potential reasons are many. But time will tell what’s actually right, because it’s impossible to know what Ainge is thinking.

Is this trade about Josh Jackson?

The Celtics reportedly prefer Josh Jackson, the Kansas wing, to Fultz. Jackson has yet to work out for Boston — reports suggest his agent doesn’t think he’d get enough playing time for the built-up Celtics -- but he’s been locked into the top-four range since workout season began.

If Ainge wanted to pick Jackson, trading down to No. 3 (where he should be available) and picking up an asset is a better route than just taking Jackson No. 1. Doing so would have failed to properly leverage the opportunity to take Fultz, something about 25 teams would absolutely love to do. Moving off No. 1 but giving yourself a reasonably high chance of landing the player you actually want is a smart move.

If this is the reason the Celtics traded the No. 1 pick, though, there is some peril should the Lakers take Jackson No. 2. Jackson has visited the Lakers twice (though it appears the second visit went poorly.) No one seems quite sure whether L.A. is set on Lonzo Ball or considering Jackson or even De’Aaron Fox. If L.A. takes Jackson, the Celtics may be in a pickle of sorts if they aren’t prepared to take a point guard. In that case, would the Celtics take Jayson Tatum? Would Ainge be ready to trade down again?

Is this trade about Isaiah Thomas?

Both Fultz and Thomas have long said they could play together. So many analysts trying to rationalize Boston’s obvious choice at No. 1 have argued the same (including yours truly). Perhaps the Celtics were more skeptical that both Isaiah and Fultz could thrive together than was anyone else.

Remember: Isaiah became an absolute legend in the NBA playoffs. He’s one year away from an expensive free agency, and he’s just 28 years old. He proved that he can win at a high level without additional star power on his team — 53 games is nothing to sneeze at — and he’s proved over the past two seasons that he deserves to be the Celtics’ full-time starting point guard.

Honestly, that does make drafting a prospect as hyped as Fultz a tricky proposition, even if there’s room for each to play off the ball. Fultz is likely to be worthy of running his own show, and soon. (Kyrie Irving was an All-Star in Year 2.) And while the Warriors have proved that teams need to be packed with stars to challenge for titles, none of Golden State’s heroes plays the same positions. Isaiah and Fultz do.

Keeping the No. 1 pick and drafting Fultz would have allowed Boston to play hardball with Isaiah next summer, as the Celtics would have had a high-level replacement in the pipeline. Perhaps in the last few months, Ainge has realized a standoff with Isaiah would be untenable and has internally committed to paying the man.

Is this trade about LeBron?

By moving back two spots in the 2017 draft, the Celtics picked up either a 2018 or 2019 first round pick. Per Derek Bodner, the Celtics will receive the Lakers’ 2018 pick from the 76ers unless it is the No. 1 pick or No. 6 or worse. If it is Nos. 2-5, Boston gets it. Otherwise, Philadelphia keeps that pick and transfers the Kings’ unprotected 2019 pick.

How fortunate the Sixers have so many beautiful picks that they can use one to protect another! The worst case scenario for the Sixers is for the Lakers to excel in 2018, meaning Philadelphia keeps a late lottery (or worse) 2018 pick, while the Kings remain terrible for a couple of years, meaning Philadelphia loses a good 2019 pick. That scenario is, by extension, the best case for the Celtics.

Consider what that also means for Boston: By moving down, the Celtics would have essentially gained a future asset that will come into its prime around 2023 or so. That’s when LeBron James is 39 and perhaps done ruling the Eastern Conference. In this light, trading down from No. 1 is a future hedge, a tacit acknowledgment that going all in now isn’t wise; that it’s smarter to delay until the king’s throne is a bit less steady.

That doesn’t mean selling off Isaiah and other veterans and giving up for now. It means holding some powder dry so the Celtics can compete with LeBron for a long time and Boston is in position to capitalize when he finally falters. The Celtics can challenge him now. Adding another future pick — the Celtics also have the Nets’ 2018 pick, grace be to Billy King — keeps the challenge alive longer without sacrificing the status quo.

Is this trade about Jimmy Butler or Paul George?

As noted, the Celtics now have the No. 3 pick in Thursday’s draft, the Nets’ likely-to-be-good pick in the 2018 NBA draft, and either a good Lakers 2018 pick or a likely-to-be-good Kings pick in 2019. (They also have a first-round pick from Memphis on the way.)

No other team can reasonably offer a better package of picks if the Bulls want to trade Jimmy Butler or if the Pacers want to trade Paul George. If either team trades its star, it would likely want picks in return as moving off its star would mean a rebuild. Likewise, any team trading for one of them wouldn’t want to gut its team to make the play. Boston wouldn’t have to gut anything — just pile up enough matching salaries to make it work.

Some have suggested that this blockbuster trade was done the weekend before the NBA draft so that Boston could work a second monster trade in the ensuing days, allowing the Bulls or Pacers to make the No. 3 pick. What would it take to land Butler? We don’t know. Is Boston even interested in George given his reported desire to decamp to Los Angeles as a free agent in 2018? We don’t know.

Are either the Bulls or Pacers willing to trade? We don’t know.

But if the Celtics are working on trading for a star to add to Isaiah and the young core (in addition to signing one, like perhaps Gordon Hayward), this Fultz trade would make a lot of sense.

The worst part of all of this is that we still aren’t going to learn Ainge’s true intentions anytime soon unless he quickly swings a second deal. The Celtics have been waiting for two years to learn Ainge’s plot, and it could be another two or more before it becomes clear. At least they can enjoy a good team while they wait. Philadelphia has not had that luxury.