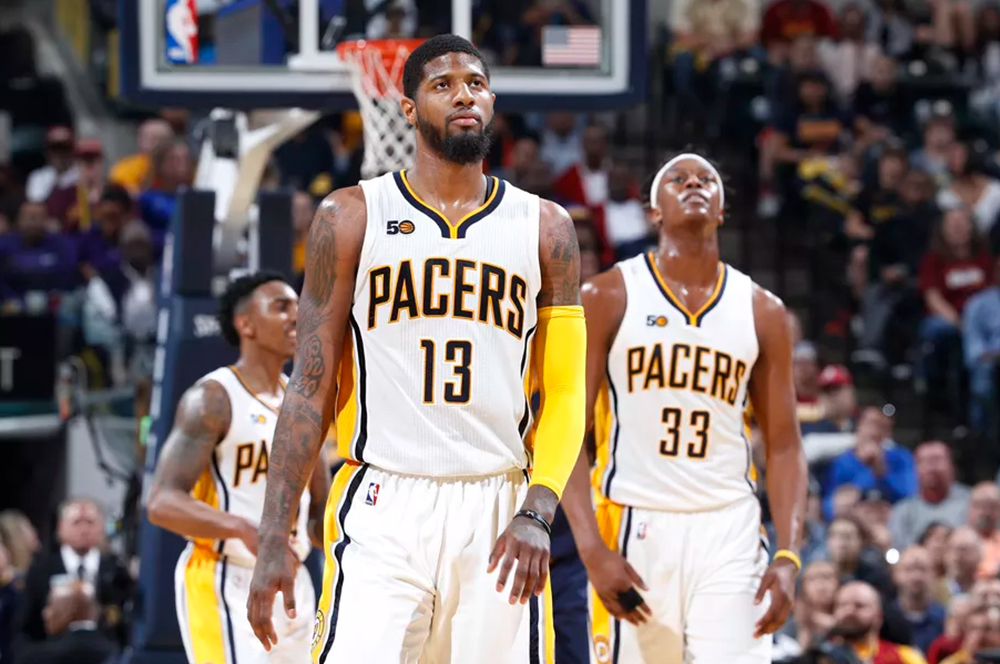 Paul George has made the decision everyone saw coming.

The All-Star forward has informed the Indiana Pacers he will leave the team when his unrestricted free agency arrives in the summer of 2018, and his current preference is to join a young, budding Los Angeles Lakers team, according to The Vertical’s Adrian Wojnarowski.

George plans to play the 2017-18 season out with the Pacers, according to The Vertical, but wanted to be upfront with his intentions in order to give the team a chance to plan for its future.

PG-13 had been linked to the Lakers all season, especially after his childhood hero, Magic Johnson, took the reins as team president in March. The Pacers looked for suitors for their All-Star forward at the trade deadline, but eventually decided to hold pat.

George had maintained all season that he wanted to win a championship in Indiana, including in an interview last week. But the Pacers’ roster, whose second-best player is arguably a second-year center in Myles Turner, doesn’t lend itself to competing at a high level.

The Pacers would have had a financial advantage in retaining George had he been an All-Star starter or voted to one of the three All-NBA teams. That would have lined the two-way wing up for a designated player “supermax” contract of five years at more than $205 million.

But George wasn’t named to any of the All-NBA teams this season. That means the most Indiana can offer is a five-year deal at $177 million, while other teams can offer a four-year deal at $133 million.

George had an impressive season with the Pacers, averaging 23.7 points and 6.6 rebounds on 39.3 percent three-point shooting. He led Indiana to a 42-40 record, good for seventh place in the East before being swept out of the first round by the Cleveland Cavaliers.

The Lakers currently have a host of young talented players, including guards D’Angelo Russell and Jordan Clarkson, and forwards Larry Nance Jr., Julius Randle, and Brandon Ingram. They also have the second-overall pick in this year’s draft — one many believe will be used to select UCLA point guard Lonzo Ball — as well as a duo of proven veterans in Luol Deng and Timofey Mozgov.

It is unclear if the Pacers will be able to trade George now that he has informed the team of his decision to leave next summer. And if they do, they likely won’t be able to get much in return.