Celtics, 76ers will reportedly complete blockbuster trade for No. 1 pick before 2017 NBA Draft

Celtics, 76ers will reportedly complete blockbuster trade for No. 1 pick before 2017 NBA Draft 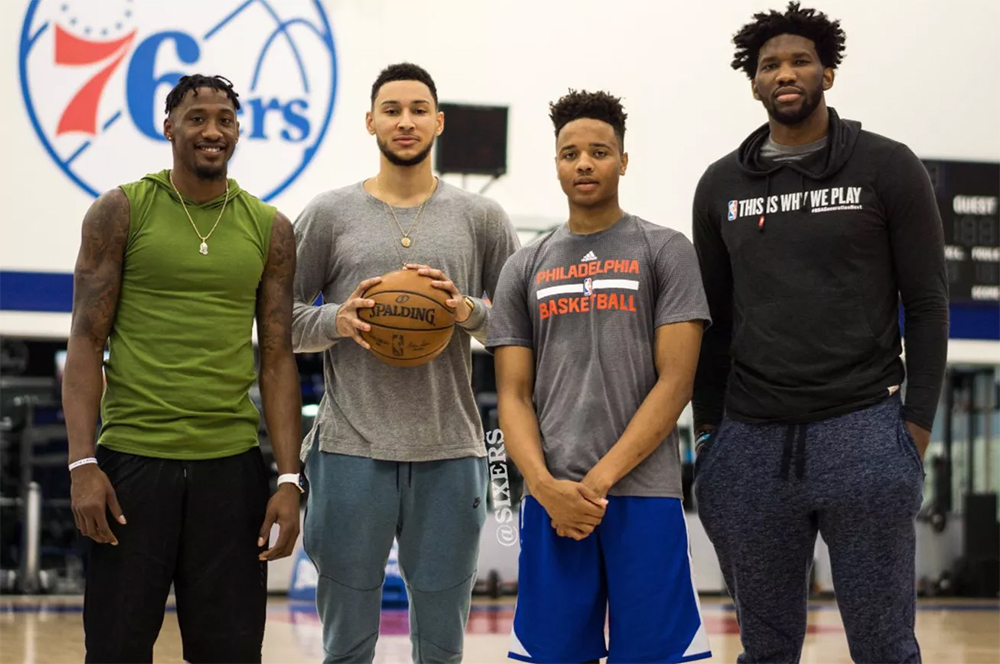 If the trade goes through, the 76ers will have the first pick in the 2017 NBA Draft.

The Boston Celtics have reportedly agreed to trade the No. 1 pick in the 2017 NBA Draft to the Philadelphia 76ers.

Trade between Philly and Boston will be finalized on Monday, per source. Sides have agreed. Sixers will get first pick and take Fultz.

Markelle Fultz is the easiest pick for the 76ers to draft, as he is regarded as the best player in the upcoming class. While his Washington Huskies did not make NCAA tournament, he still had an outstanding year. He averaged 23 points, 5.9 assists, and 5.7 rebounds per game. Pairing him alongside the young core of Joel Embiid and Ben Simmons makes for an exciting future in Philadelphia. The scoring and playmaking of Fultz is exactly what this team needs.

After Fultz worked out for the Sixers on Saturday evening, it was also reported by Yahoo! Sport’s Adrian Wojnarowski that the workout and meeting was what was needed to finalize the deal.

Boston has several options now with the No. 3 pick in the draft, which could include Lonzo Ball if the Lakers decide not to use the No. 2 pick on him. Other options are Duke’s Jayson Tatum, Kansas’ Josh Jackson, Kentucky’s De’Aaron Fox, North Carolina State’s Dennis Smith, or Kentucky’s Malik Monk.

The Celtics finished in first place in the Eastern Conference in 2017 but have the No. 1 pick in this year’s draft thanks to a deal with the Nets in 2013 that sent Paul Pierce and Kevin Garnett from the Celtics to Nets in 2013. Not only did Boston own this pick, they also have Brooklyn’s pick in 2018.

This isn’t the first time the Celtics have thought about trading their pick in this year’s draft. During the trade deadline, there were rumors swirling about Paul George or Jimmy Butler being moved, but it was ultimately the 76ers deal that got them to move.