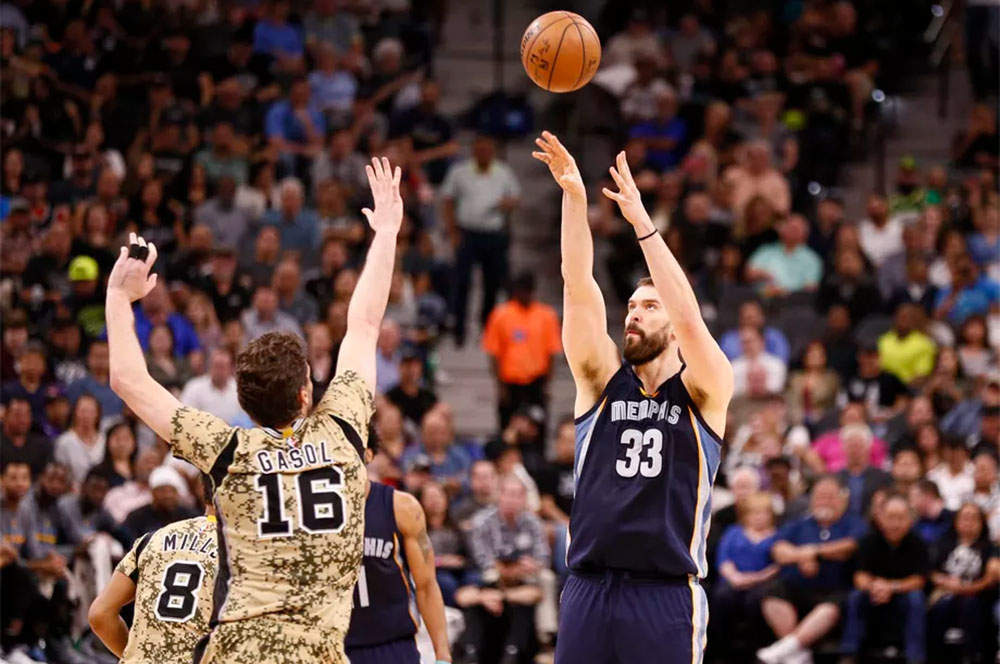 The Spurs try for consecutive 60 win seasons for the first time in franchise history in a battle with Memphis.

While the Spurs have secured the two seed, the Grizzlies’ playoff seeding is a bit more up in the air. With five games left, the Grizz trail the Thunder by a tenuous 1.5 games and hold a four game lead on the scorching Blazers. However, after some perplexing games against mediocre teams – including their most recent 108-103 loss to the Lakers – Memphis should expect to return to San Antonio shortly for the postseason.

So, in what projects to be a first round series in less than two weeks, the Spurs face the Grizzlies in a final regular season bout. These teams are well-acquainted with each other by now – this is their third matchup in the last two and a half weeks. Pop isn’t one for showing his cards in a meaningless regular season game, so I’d expect some funky lineups tonight. I would expect Memphis coach David Fizdale to do the same, since he decided health takes priority over seeding. Even still, there are a few things about Memphis the Spurs should be aware of for tonight’s game.

Their offense is inefficient

If you have a quick scroll through the Grizzlies’ roster, it doesn’t exactly look like a group that oozes offensive talent. This shows in their stats, as well. Memphis averages the third fewest points per game in the NBA, and compounds that with a league-worst field goal percentage.

Part of their problem is that their stars aren’t particularly adept offensively. For as great as Marc Gasol and Mike Conley are, they aren’t built to be the primary options in an NBA offense. It certainly doesn’t help that most of their role players can’t hit the long ball. Tony Allen, Andrew Harrison and Chandler Parsons (who was disastrously bad prior to a season-ending knee injury) have combined to shoot 26% from three. Two of their role players who actually can make it from beyond the arc, Vince Carter and Troy Daniels, can’t make it within (39% from two). The roster is flawed and should be easy to counter.

However, Memphis is able to get away with their inefficient offense because...

Their pace is slow and defense is stellar

Memphis has mitigated their offensive blemishes the same way they’ve always done – by slowing the game to a snail’s pace. The Grizz have the third slowest pace in the league, which forces their opponents to play a defense-dominated game. This is where they thrive.

With Conley and Allen marking the perimeter and Gasol and JaMychal Green patrolling the paint, Coach Fizdale has a formidable group to slow opposing offenses. Their harassing defense forces turnovers (fifth best turnover percentage) and induces difficult shots (seventh best opposing effective field goal percentage). Even when they foul (second most in the league), they are fouling the right players, as their opponents have the second worst free throw percentage in the NBA. This is just a smart, gritty team.

The Grizz have always given a dogged effort defensively against stiff competition, and we should expect more of that tonight and in the postseason since we’re nearing their end.

Their window is closing

At an average age of 30.5, the Memphis Grizzlies are the oldest team in the NBA. Their main core of Gasol, Conley, Allen and Randolph is even older, at 32.8. Allen and Randolph will probably retire sooner than later, so it appears that we may be in one of the final seasons of the Grit-and-Grind era. Barring a miraculous postseason run, this group will have peaked at the Western Conference Finals in 2013. It was a helluva ride with the most entertainingly unaesthetic basketball I’ve ever seen.

Matchup to watch: Kawhi Leonard vs. Tony Allen. It’s no secret by now that Kawhi is the main driver of the Spurs’ offense. This dependence on Leonard to run the offense has proven to be problematic against teams with good wing defenders. The Thunder’s Andre Roberson and Warriors’ Matt Barnes are just two examples of players that have mucked up San Antonio’s offense by slowing Kawhi. This season, Tony Allen has arguably been the best at this. Of all teams in the NBA, the Grizzlies have limited Leonard to his lowest scoring average this season on an appalling 43% from the field and 27% beyond the arc. This is an area of concern in a potential first round matchup for the Spurs, and is a matchup Pop should investigate further tonight.

As always Tony must dominate Fisher.

As always, PtR's Gamethread will be up this evening for those who want to chat through the game. But if you're not able to log in here, you can try the Fanvana app which helps connect sports fans and was created by a fellow Spurs fan. Check out the free app on iOS or Android to discover other Spurs fans and join the live chatter for tonight's game. You can follow PtR's tweet stream directly on Fanvana as the game unfolds.