The Five Most Disappointing Teams of the 2016-2017 Season

The Five Most Disappointing Teams of the 2016-2017 Season

The Five Most Disappointing Teams of the 2016-2017 Season
NBA 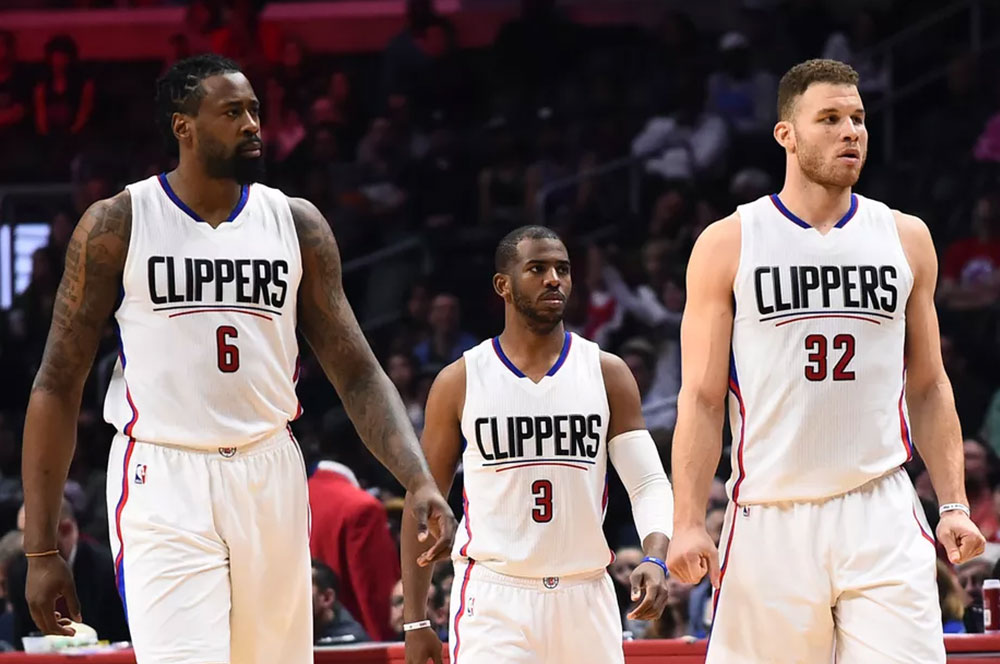 It has been a great year of basketball in the NBA. Sadly, not every team can have a positive season. These are the five teams who have let their fans down the most.

Too much virtual ink has been spilled on Clips Nation this season for me to go in-depth on the Clippers’ failures here. Suffice to say, instead of competing for a top two seed, the Clippers are locked into the four-six range, and are lucky to even be in that position. While injuries have played a part in this disappointing season, the Clippers’ issues run much deeper. Consistent effort has been hard to come by, especially on the defensive end, and the Clippers have suffered accordingly. They could still make a playoff run, though they are destined for Golden State in the 2nd round or Houston in the 1st. I think either series would be short, and not in the good way.

The Pistons lost last night to a short-handed Miami Heat team on a buzzer-beater tip-in by Hassan Whiteside. That just about sums up their season. They now sit seven games under .500, and the teams ahead of them in the playoff race are playing far better basketball down the stretch. After making the playoffs last year for the first time in the better part of a decade, and giving the Cavaliers a somewhat tough series (considering it was a sweep) in the 1st round, big things were expected of the Pistons. A team composed of young veterans, they were supposed to have a strong mix of poise and upside, a team that could challenge for the 4th or 5th seeds if their younger players improved. Instead, almost everyone on the team has regressed, and the future of the Pistons’ “core” is now in doubt. Reggie Jackson has been awful all year, and while he was recovering from a knee surgery early on, it’s not much an excuse for the sheer lack of interest in his playing winning basketball. That goes double for franchise center Andre Drummond, whose inability to play defense or contribute consistently on offense led to his being shopped at the trade deadline. With those two struggling, the onus fell on the rest of the squad… and nobody was strong enough to pick up the slack. Kentavious Caldwell-Pope was terrific early on, but he has fallen off in recent months, and the rest of the roster has slumped with him. It has been a miserable season in the Motor City, and there’s probably going to be a big shake-up this summer.

The Hornets were a marvelous story last season, transforming from one of the worst teams in the NBA to a tough and exciting playoff team in just a couple years. Kemba Walker was awesome, Marvin Williams had a career year, and Nic Batum was the do-it-all wing that put everything together. All those players are still in Charlotte. However, the losses of Jeremy Lin, Courtney Lee, and Al Jefferson have proven to be a lot more serious than originally projected. They have dealt with some injuries as well, and Cody Zeller’s mid-season absence is what really sent them in a downward spiral. On the other hand, Williams and Batum just haven’t been as good this season as they were last year, and that’s hurt a lot too. Michael Kidd-Gilchrist still hasn’t developed much of an offensive game, and his upside for more dwindles with every year that passes. The only player who has really lived up to expectations has been Walker, who has been simply magnificent outside of a small slump in the middle of the season. The Hornets might miss the playoffs this season, and Batum’s contract won’t look great if this season is his new level of play going forward. Yet it’s tough to be too down on Charlotte. They have Walker, a good coach in Steve Clifford, and enough young pieces to still have a promising future. Hopefully this season is one this core group can push past, as they were one of the most fun teams in the NBA a year ago.

The Pacers were projected by many to be a top four seed in the Eastern Conference this season. The Pacers retooled a roster that seemed stale over the summer by acquiring Jeff Teague, Thad Young, and Al Jefferson. Unfortunately, those moves haven’t paid off, as the Pacers are struggling to win more than they lose—they are currently 7th in the East. Even worse, Paul George, the Pacers’ best player, is unhappy. His contract is up in a year, and right now the prospects of him re-signing in Indiana appear bleak. Myles Turner is an extremely promising young big man, and Teague is a competent starting point guard, but the rest of the roster is mostly barren. If the Pacers thinks that George will leave in a year, they would be wise to trade him over the summer. This team isn’t going anywhere any time soon, so restocking the roster to rebuild around Turner (and whoever the Pacers acquire in the George trade) seems more promising than trying to please a 2nd tier star who’s ready to go. George will cost an arm and a barrel in a potential trade, and that in-flow of assets could be exactly what the Pacers need.

I don’t think the Timberwolves have necessarily disappointed this season. They have 29 wins (the same as last year’s team) with 9 more games to go. Improving their record by 3-4 wins without any major free agency additions isn’t a bad season, especially considering Zach LaVine will have missed almost half the season with a torn ACL. The superlative play of Karl-Anthony Towns in his debut campaign was part of the reason for overly raised expectations, and, after a slow start, he has been exactly as dominant as any Wolves’ fan could have wanted. New coach Tom Thibodeau might not have had the revolutionary impact that some expected, but coaches rarely do. The Timberwolves might still be a year or two away from making real noise in the NBA, and this season was not the breakout many people expected. However, Towns could be the best player in the NBA in a couple years, and everything else should fall into place around him.