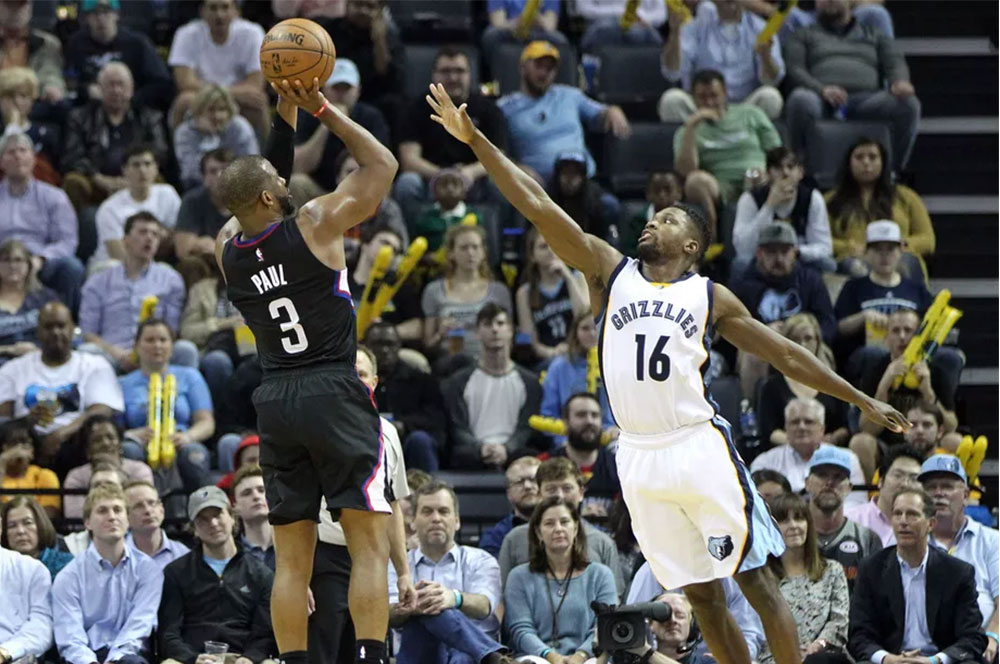 The Clippers get solid performances across the floor, recapturing that early season form that has eluded them for a long time.

The Los Angeles Clippers came into Memphis sputtering and leave on a very encouraging note, dominating the Grizzlies from the start and finishing with a convincing 114-98 win.

The game started off fairly back and forth until the Clippers got a little separation to close with an Austin Rivers three and a nice Marreese Speights putback to close the first quarter up 26-21. The Clips had a bit of a scare, as Chris Paul made a layup and looked to be favoring his elbow slightly. Paul called himself out but when he sat on the bench, he didn’t look to be in too much discomfort.

Paul checking himself out at around the 7 minute mark of the first quarter caused Doc Rivers to properly stagger his superstars and bring Paul back to close the first and play through the second. Paul initially played off the ball, giving the reigns in the 2nd to Austin. Luckily, Rivers was super aggressive and got himself in a groove that continued for the rest of the game, showing that style of play that has made him such an asset this season. J.J. Redick also finally got loose in the second quarter, going on a personal 8-0 run that put the Clippers up 45-34, and the Clips hovered around a double digit lead the rest of the half, finishing it up 54-45.

The 4th quarter came and went, and the Clippers didn’t look particularly crisp and got some bail out shots from Raymond Felton and Speights, but the bench did enough to keep the starters out of the game, except for DeAndre Jordan who came back around the 10 minute mark of the 4th in what’s becoming a trend.

The Clips won the pivotal rebounding battle in convincing fashion, 47-34. They shot over 50% from the field and hit 11 triples. All in all this was a great showing and wasn’t just a spurt in the 2nd half to steal a game. This is definitely a win to build on, the first in a while.