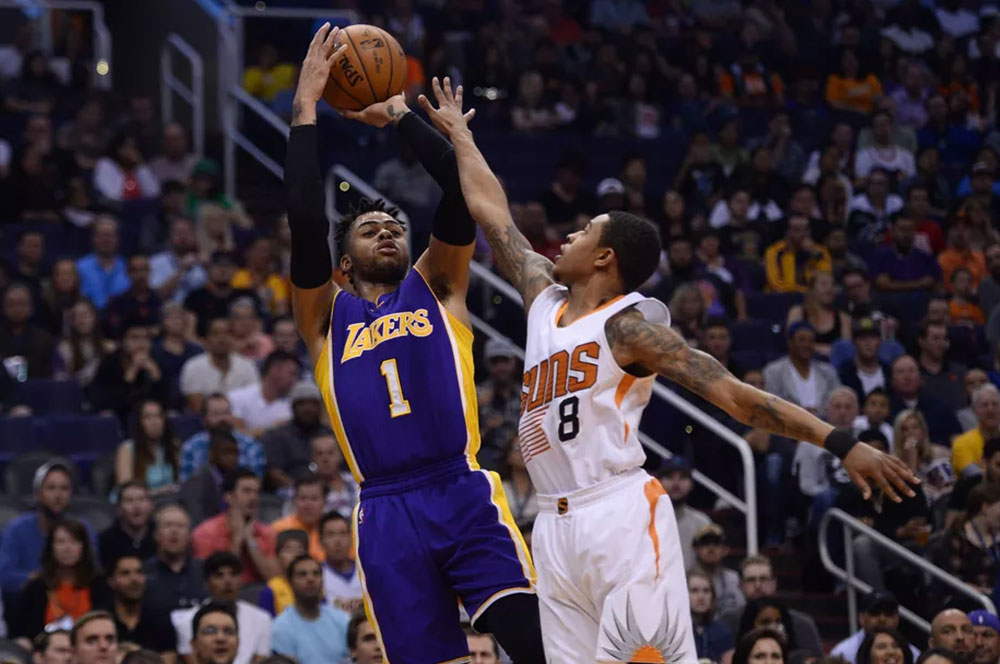 The tank took a hit, but the Lakers rolled through the desert en route to their 20th win.

The Los Angeles Lakers snapped an eight-game losing streak on Thursday, rolling past the Phoenix Suns, 122-110.

After a back-and-forth start, Los Angeles’ offense kept clicking in the second half. The Lakers outscored the Suns (61-47) in the second half to earn their first road victory since February 10 against the Milwaukee Bucks.

The Lakers avenged an embarrassing 137-101 loss in their last trip to Phoenix just before the All-Star break. Both teams still sit at the bottom of the league standings, but the gap has been trimmed with the Lakers moving to 20-45, just one game worse than the Suns at 21-44.

Next up for the Lakers is a Sunday matchup as the Philadelphia 76ers come to Los Angeles for the second and final meeting between the two teams.