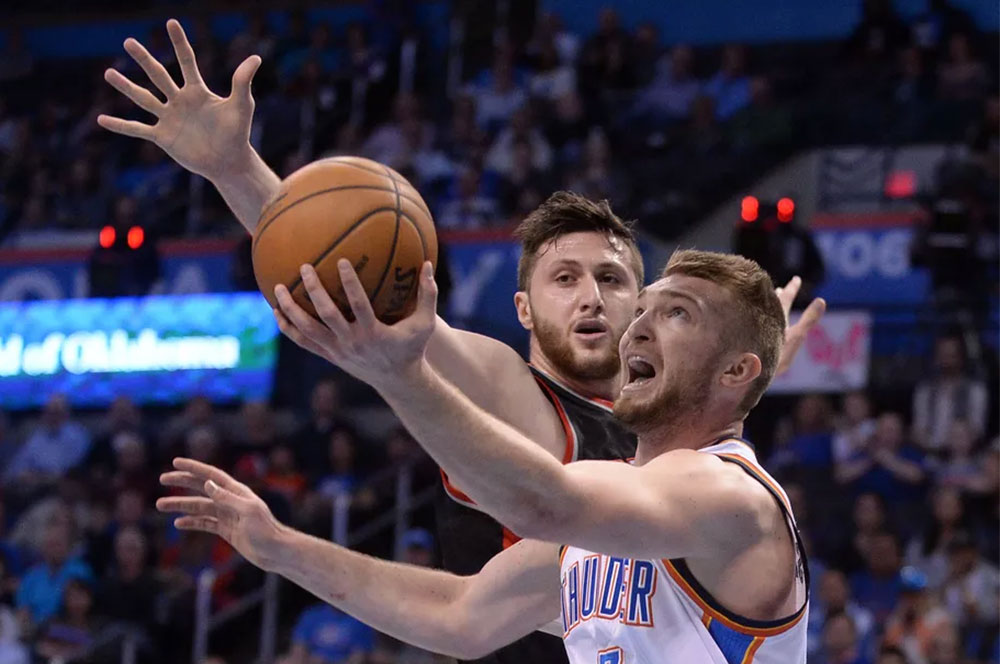 Russell Westbrook scored 58 points, but he couldn’t stop the Blazers, who beat him twice in six days. Highlights here!

In a wild contest, Russell Westbrook scored a career-high 58 points, but it wasn’t enough. Oklahoma City fell to the Portland Trail Blazers on national TV, 126-121.

The first quarter was rough for Portland, as OKC almost effortlessly took a double-digit lead. It looked bleak for the good guys, but in the second quarter, they quickly came back. Starting with a quarter-opening 6-0 run, the Blazers controlled both ends of the court, finally pulling ahead by 1 after a three-pointer. The lead lasted 10 seconds. OKC maintained a slim lead from there, pushing it up to 7 at one point, but Portland stayed within 6 at halftime.

The third quarter turned into the duel of the guards, as Damian Lillard and Russell Westbrook took turns showing off their arsenal. But eventually, Westbrook ran out of steam, and his teammates couldn’t cover for him. Lillard’s teammates began the demolition process off the bench. Allen Crabbe was the Ax, Al-Farouq Aminu was the Smasher, and soon OKC was a walking disaster. Portland opened up a 12 point lead early in the fourth quarter. But the lead didn’t last, as Russell Westbrook pushed back, not only scoring but rebounding the ball on the offensive end. After a steal and dunk, OKC was within 1 with under four minutes left. Portland still held a 4 point lead with 30 seconds left, but OKC closed within 1 with a three-pointer. However, the Blazers made their free throws, and Westbrook couldn’t win the game by himself.

The Blazers head home for two games, starting with Thursday’s match-up against Philly. Also, that’s Blazer’s Edge Kids Night! Most of the staff will be watching the game, along with kids from the Portland area.