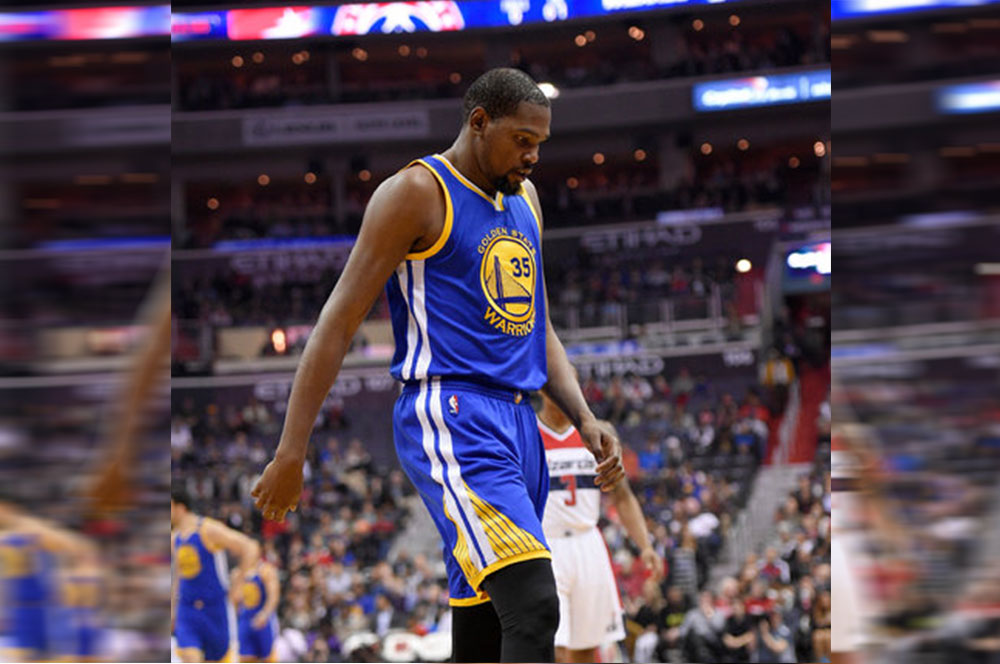 We know Kevin Durant is out for a minimum of four weeks. We also know it could have been a lot worse. Imagine if Durant was out for the season.

But this still isn’t great news for the Warriors. A Grade 2 MCL sprain is a more serious injury than it appears, and four weeks is an optimistic timeline. Even if Durant returns by the playoffs, he might take some time to shake off the rust. Or, he may return too quickly and play at less than 100 percent through June. That sounds familiar.

The Warriors may have to make do with just three All-Stars for a while. While that sounds like no big deal, it could be the difference between a title and a loss to the Spurs or Cavaliers. We’ll see if that ultimately is the case. Also: When do we actually think Durant will come back, anyway?