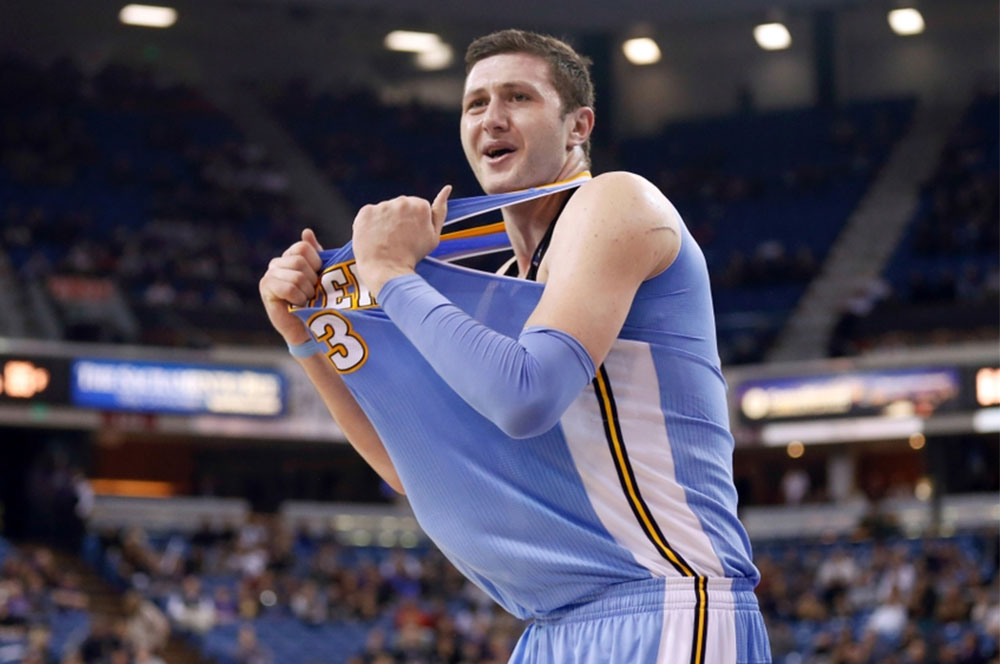 When the Portland Trail Blazers shipped Mason Plumlee to the Denver Nuggets in exchange for Jusuf Nurkic and a 2017 first-round pick, it seemed like they were waiving the the white flag in their playoff hunt.

The Trail Blazers, then nine games below .500, were shipping their starting center to their top competitor for the No. 8 spot in exchange for a skilled, younger big man and a projected mid-first round pick in the upcoming draft. It seemed the focus had shifted to building for the future.

But in their 114-109 win over the Oklahoma City Thunder on Thursday, Portland reaffirmed its desire to challenge for a playoff appearance this season.

The Trail Blazers staved off a 45-point effort from Russell Westbrook, showing much of what’s been missing from an otherwise disappointing season. Nurkic’s skill set, though, has shined through not only against the Thunder, but in his previous four games with Portland as well.

"He gives us something we haven't had for the last two years," Lillard said of Nurkic on Friday, according to The Oregonian’s Sean Meagher.

It’s his play that has jolted an underperforming Portland team and has earned praise from Hall of Fame big man and TNT analyst Shaquille O’Neal.

"Nurkic, Chuck, I really like him in the post," O'Neal said to Charles Barkley during a segment on Inside the NBA. "Great skill. I don't know why Denver gave him up."

That’s because Jusuf Nurkic is using his versatility as Portland’s Bosnian Army Knife.

The day after the Trail Blazers acquired Nurkic, head coach Terry Stotts broke down how he’d like to use his new center.

“Certainly we want to put him in opportunities, whether it’s on the post, or in pick-and-roll, in passing situations, and see what he’s comfortable with,” Stotts said, according to The Oregonian. “He’s a skilled player, and we’ll make the best use of that.”

The breadth of Nurkic’s game was on full display in Portland’s win over Oklahoma City, where he posted 18 points, 12 rebounds, six assists, five blocks, and two steals.

Offensively, Nurkic has shown himself to be a heady basketball player who makes plays for both himself and his teammates.

He helps organize Portland’s offense, pointing teammates in opportunistic directions and signaling the guards when a potential cut presents itself. While Lillard garnered a boisterous applause for a gorgeous dime to a cutting Maurice Harkless, it was Nurkic’s screen that created an open lane.