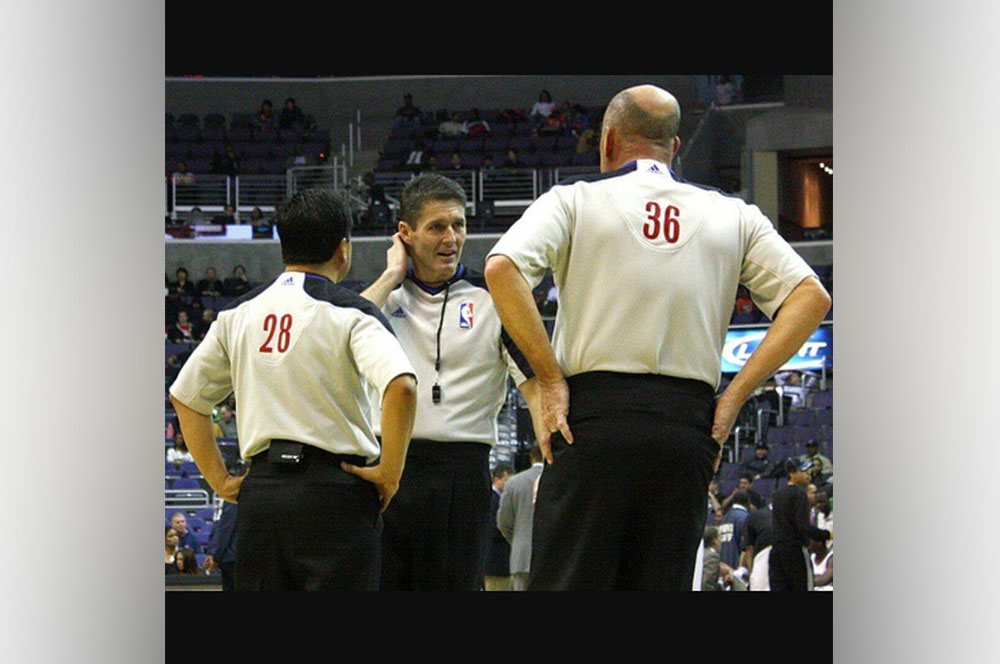 ALREADY HOME to the best basketball referees in the world, the National Basketball Association (NBA) still aims to introduce improvements on officiating to maintain the high standard it has set and, above all, continue upholding the integrity of games.

And The Association is going about it by introducing new initiatives and making use of technologies to enhance the performance, training, development and recruitment of referees.

In an announcement made late last week, the NBA said they are embarking on a comprehensive plan to strengthen its officiating program following a six-month evaluation of the NBA’s league officiating led by recently appointed President for League Operations Byron Spruell.

“Our focus with these new initiatives is to build on the already-existing strengths of our officiating program and ensure maximum effectiveness of our officials,” said Mr. Spruell in a statement released to local media.

“With an eye toward continuous improvement, these measures will put our officials in an even better position to succeed in this demanding role and reinforce the NBA’s commitment to transparency,” the NBA executive added.

As part of its plans, the NBA said it would do the following steps, increase the officiating staff by 25% within three years, including 10% by next season, through a more diverse and comprehensive approach to sourcing and hiring; use a new, data-driven game review system to create objective referee measurement standards and track progress regarding call accuracy and errors per game over multiple seasons; leverage technology to develop innovative methods to train officials, including the use of virtual reality; improve and expand the process by which teams inquire about specific plays or offer input on the officiating program; install a newly created postgame survey process for coaches to share officiating feedback in real time; develop guidelines and establish forums to improve decorum and in-game communications among players, coaches and referees; and introduce a new scheduling system to optimize the chemistry and composition of officiating crews and ensure rest for individual referees.

Also tap is the creation of an Officiating Advisory Council which will focus on areas of improvement for the officiating program and the future of officiating.

The council will also include current players, coaches and referees who will be named at a later date.

Prior to introducing the new initiatives, the NBA has already been active in shoring up its officiating standards, including expanding the use of its state-of-the-art Replay Center, unveiling a replay video archive, and initiating real-time postings on its social media assets of the replays used by officials to make calls during replay reviews.