4 things we learned as the Mavericks handle the Thunder, 104-89

4 things we learned as the Mavericks handle the Thunder, 104-89

4 things we learned as the Mavericks handle the Thunder, 104-89
NBA 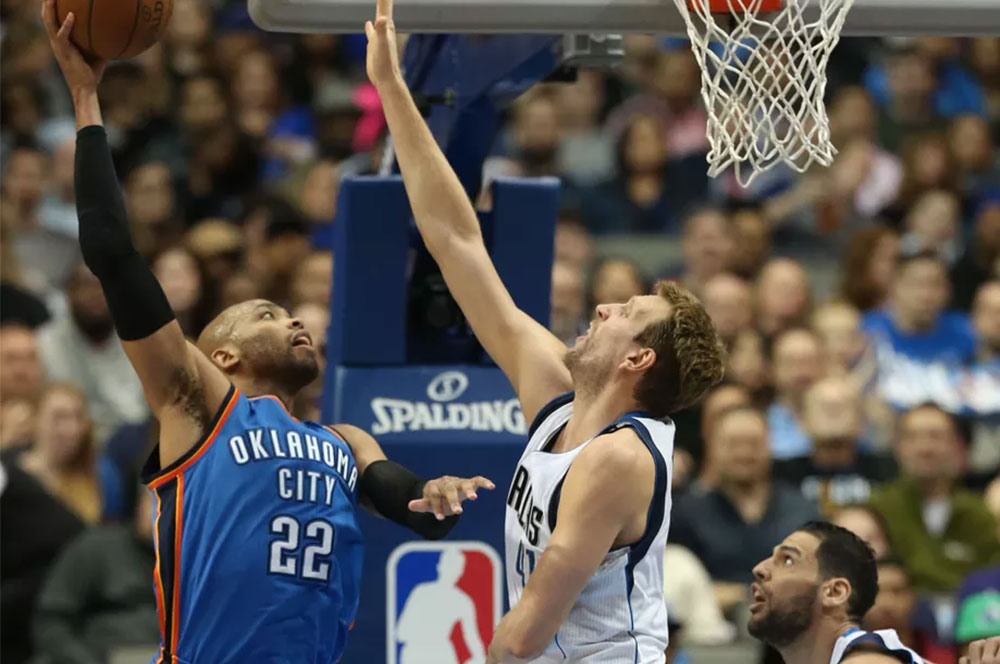 Despite a rough start to the first quarter, the Mavericks slowly built a lead that got to a comfortable 20+ points, allowing them to coast through much of the second half. Seth Curry had 22 points on 10/16 (62.5 percent!) shooting, and Dirk was Dirking all over the place with 18 points on 8/17 shooting (47.1 percent!) and 12 rebounds.

So, yeah. I want this team to make the playoffs now and I’m not ashamed to admit it.

Seth Curry is the best Curry

Okay, maybe calling Seth better than Steph is a step too far, but DAMN if he hasn’t looked absolutely on fire the past several games. This was his third straight game with 20+ points, and he’s looked smooth as all get out. His teammates are finding him in the right spots, and having Quinn Cook in on a 10-day means he doesn’t have to worry as much about being the lead ball handler, which he’s still learning to be better at.

Mark Cuban has said recently that he wants Seth to be a Maverick forever, and with the way the young guard has stepped up recently, I’m finding it hard to argue. (Okay, okay, we should probably see if this sustains over a season or so. But. Exciting!)

Dirk’s shooting coach has been in town

Dirk’s had a rough few games recently, but this was one of those throwback Dirk nights where you just KNEW every Dirk shot was going in. It was good to see the Big German swishing shots once again. I, for one, just appreciate like crazy every single game Dirk is out there looking even decent.

Never leave us, Dirk. Or Holger, for that matter.

Steven Adams is a beast

Despite leading for most of the game, the Mavs really had trouble early with Steven Adams. Adams is a great player in his own right, but the Mavericks really don’t have anyone who matches up well with him. Nerlens Noel has been great, obviously, but he still doesn’t quite have the size to match up with Adams, and when Noel was off the court, Dallas had someone helping on Adams at almost every step.

Fortunately, because of the fourth bullet, that didn’t matter much tonight. Still, it’s a problem for this Mavs team when they play opponents who have Adams-type players the rest of the way out.

Though his shot hasn’t been falling quite as smoothly as he would probably like lately, Wes Matthews was an absolute beast tonight on defense in his return from injury. Tasked with the almost impossible task of neutralizing Russell Westbrook all evening, he did....just fine! In fact, Matthews and the rest of Dallas held Westbrook scoreless in the second quarter entirely.

* I really really like watching you play, Russ! Against any team but mine. Please don’t hate me.