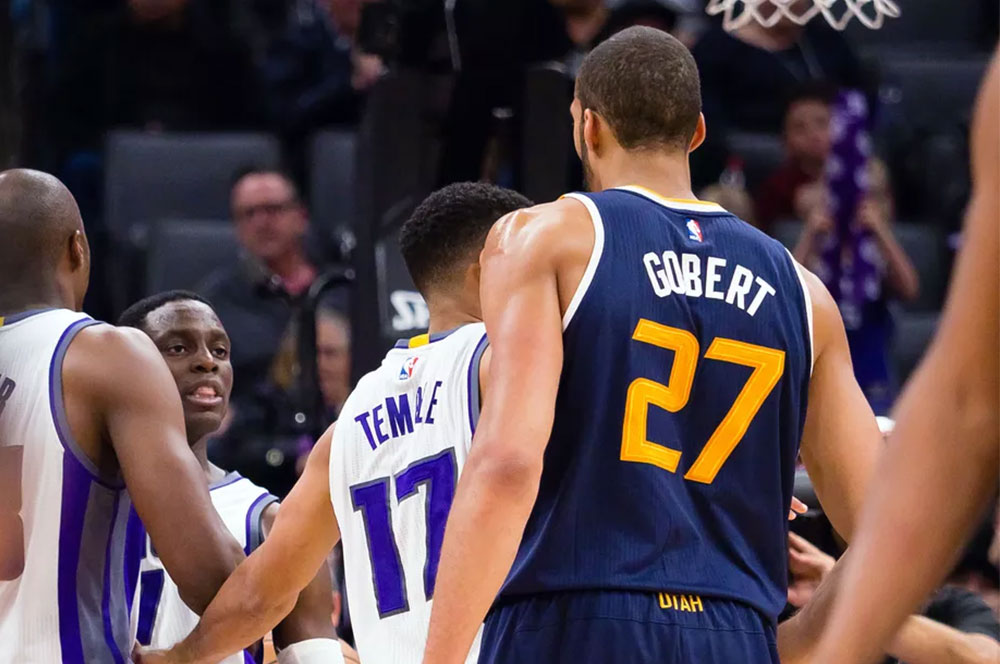 Down 16, Jazz tighten up D, win on OT thanks to Rudy Gobert’s very long arms and great instincts

I don’t know, man. The Utah Jazz (39-24) defeated the Sacramento Kings (25-37) by the final score of 110-109 (OT). This OT thriller was really not even supposed to go this way. Before the game started most of us, including myself, expected that the Kings would not put up a lot of resistance.

As the game went on, and the Kings pounced on the Jazz, it really didn’t look like this game was headed to overtime. At their lowest, the Jazz were down by 16, and they were down by 14 at half. It’s not hard to see why they were down, Sactown was making every three possible, and no stops were being made.

I can only imagine what Quin Snyder said at halftime.

Rodney Hood started to take control and get really hot (28 points! 12 in the fourth quarter!). George Hill began to be more aggressive in trying to counter attack on stops. Gordon Hayward made a few really huge shots — including the one that effectively sent the game to overtime.

The end result was a Jazz win and a Kings loss — something most of us in both fan bases expected and secretly wanted. AN OT game between two small market teams? Probably not what NBA TV wanted, but they got it. (Kudos to them for not taking off the National schedule after the DeMarcus Cousins trade.)

But this wasn’t a great game. Both teams tried very hard to lose this one. Ty Lawson and Darren Collison were just too hard to handle with their combination of size (small), shooting ability, and quickness. Garrett Temple, whom I thought wasn’t even supposed to play tonight, really came off the bench was did a little of everything (11 points, 4 assists, 3 steals, 2 rebounds, 2 threes). But I think we were all surprised by Kosta Koufos and Willie Cauley-Stein dropping 27 PTS and 19 REB against the starting line-up of Rudy Gobert and Derrick Favors (25 PTS and 26 REB).

Favors did not have a great game. But he was not alone. Probably one of the continuuing “worst games ever” for Alec Burks who stole the ball twice but had it stolen from him two times as well. There are things to be upset about, but a win is a win. And with this March schedule it’s better than a loss.

Utah needs to play better. Lucking out wins like this are great, but this game never should have needed to be won like this.