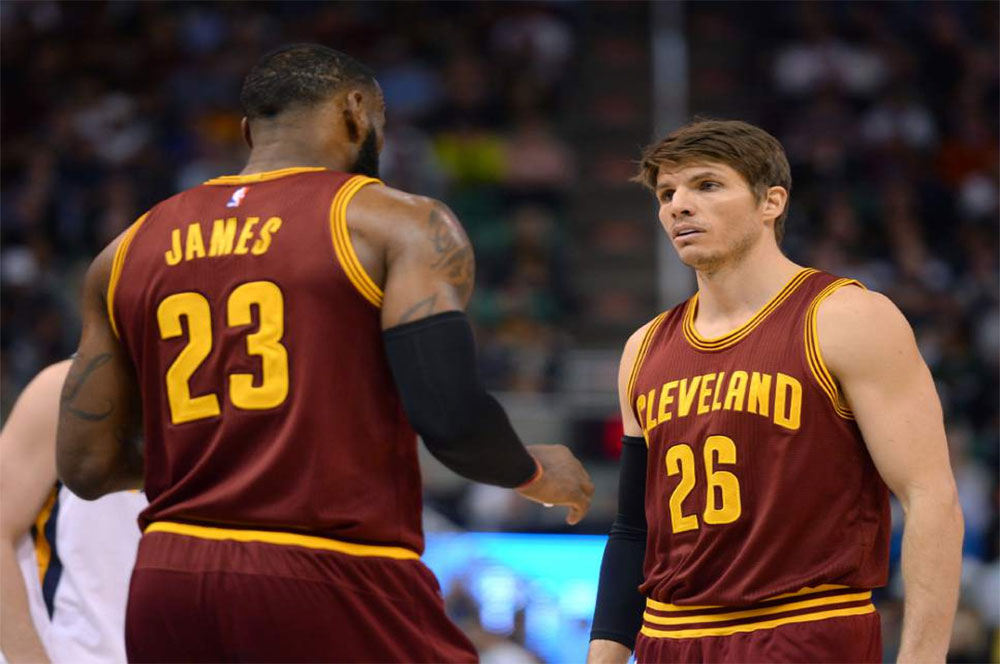 The Cleveland Cavaliers hit 25 three-pointers against the Atlanta Hawks on Friday, the second time they’ve done just that in the past 12 months. With the 25 threes, the Cavaliers have set a new regular season record for made triples while tying their own all-time record.

Kyle Korver hit the 25th shot, which doubled as a dagger in a 131-126 Cleveland win. The Cavaliers had 14 makes at halftime, and they finished with seven players contributing to their 25 total makes.

LeBron James and Kyrie Irving led the way, hitting a combined 11 threes. James had 38 points total, while Irving contributed 43, which is the third time James and Irving have combined for 80 points or more.

In Game 2 of the Eastern Conference Semifinals last year, the Cavaliers also hit 25 three-pointers. That still stands as the postseason record, and Cleveland has now tied its overall record. This Friday’s performance came without Kevin Love and J.R. Smith, who contributed 10 of those threes last year. Here are the 25 from last season’s playoffs.