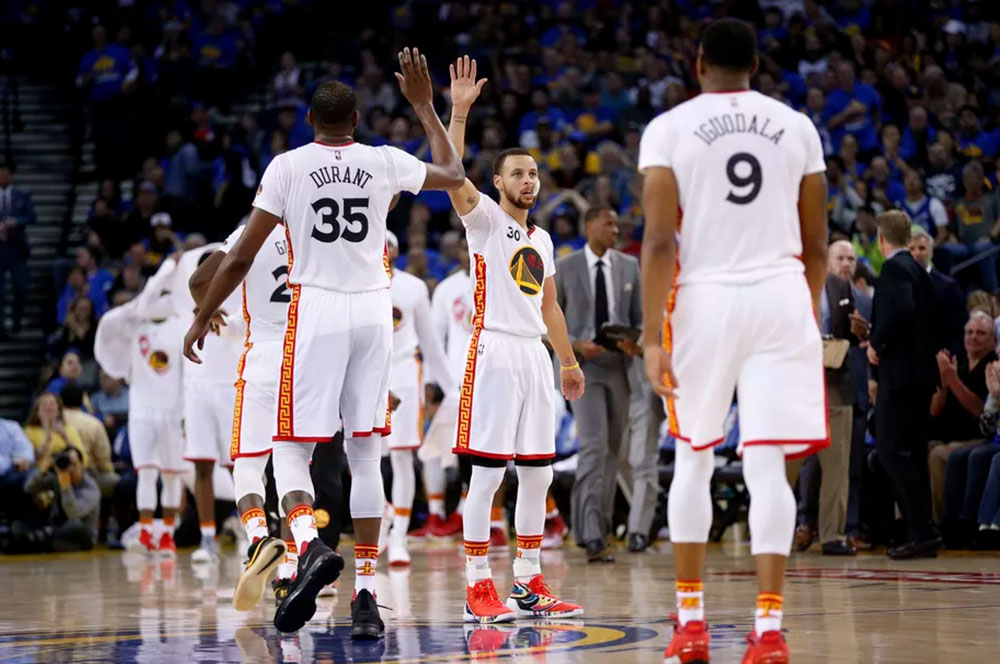 With birthday boy Klay Thompson leading the charge, Golden State never let Chicago even get close in this match-up.

After the nail-biter that was Saturday’s loss in Sacramento, the Warriors never gave the Bulls a chance in tonight’s 123-92 win.

To be fair, Chicago was playing without Jimmy Butler and Dwyane Wade. But from the tip, the Warriors took charge and never allowed a lead change.

The top scorer tonight was Klay Thompson, who turned 27 today. For his birthday, Klay gave us 28 points, six rebounds and six made threes. Draymond Green had himself a night as well, with 19 points on eight shot attempts, five 3-pointers, 10 rebounds and 7 assists. Kevin Durant seems to be coming back to himself, going for 22 points, 10 rebounds, seven assists and three steals.

JaVale McGee started the game off strong, getting 13 points on the night, while finishing all the shots and dunking his way further into the hearts of Dub Nation. There was a scary moment in the second half where he took a pretty bad fall and looked like he may have hurt his hip/tail bone but he returned to the bench, though not to the game.

The Bulls apparently didn’t get the memo about forgetting about Thompson, because from the first quarter, he kept slipping to the corners for wide open threes. Going back-to-back in the first and third quarters.

It was a bit of a quiet night for Stephen Curry, with 13 points, but to be fair that should have been 17. Curry made a 3-point shot and was fouled - but was called for an offensive foul instead, his fourth. Which led to the Warriors debut of Briante Weber.

In what usually constitutes garbage time, the Warriors sent out Weber, Ian Clark, Kevon Looney, Patrick McCaw and Damian Jones and it was the least garbage-y of all garbage times, at least for Warriors fans. Weber would end up with a layup, two rebounds and an assist for the night. Meanwhile Clark and McCaw got a couple of shots in from downtown and between them all they basically ran the Bulls off the court - holding them to four points in the last half of the quarter while building the lead to 31 points to end the game.