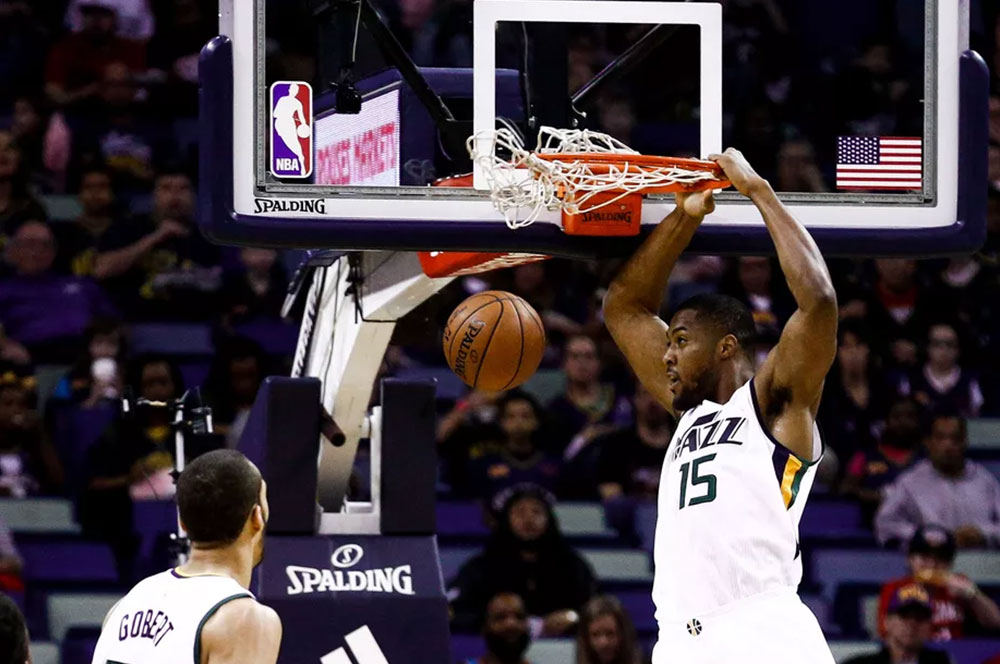 Jazz win fourth straight, first two in a row on the road after outscoring Pels by 24 in the second half

Utah is healthier, even if they are missing starter Rodney Hood. New Orleans are without Tyreke Evans and Quincy Pondexter -- two guys who play the same position and give offensive firepower to off-set Jazz All-Star forward Gordon Hayward.

Really, these are two teams in completely different classes. And it looked like that as Utah ran away with this and nearly scored 130 points, on the road.

The outcome of this game, if not the final score, was pretty much decided early when the ‘new’ Jazz went up by 11 against the ‘old’ Jazz. But Utah found a way to not score for 3 minutes straight with Anthony Davis on the bench, and New Orleans are right back in it . . . for a while in the second.

It was supposed to be a big battle between Davis and Rudy Gobert - the anchors to two of the best defenses in the NBA. Instead we saw both teams take and make a lot of jumpers tonight. Utah would shoot 54.5% from the field and New Orleans 45.5%. Not bad. Not great if you like defense.

But with the name of the game switched to fire-power the Pelicans just didn’t have the guns to get into this type of shoot-out. The Jazz, who had re-loaded this off-season with George Hill, Joe Johnson, and Boris Diaw? They had enough cowboys to win this one. Going away.

Utah out scored New Orleans 28-16 in the third and 37-25 in the fourth. Brutal. NO Jazz player played more than 30 minutes, which is fine because the team plays tomorrow against the Dallas Mavericks -- the second night of a back to back and the third game in four nights to finish this road trip.

I am happy they got the win and the rest.

• Joe Johnson led all scorers with 27 off the bench.

And Joe Ingles, Jeff Withey, Boris Diaw, Shelvin Mack, and Raul Neto all got to play as well.

It was a solid game. Now onto Dallas!