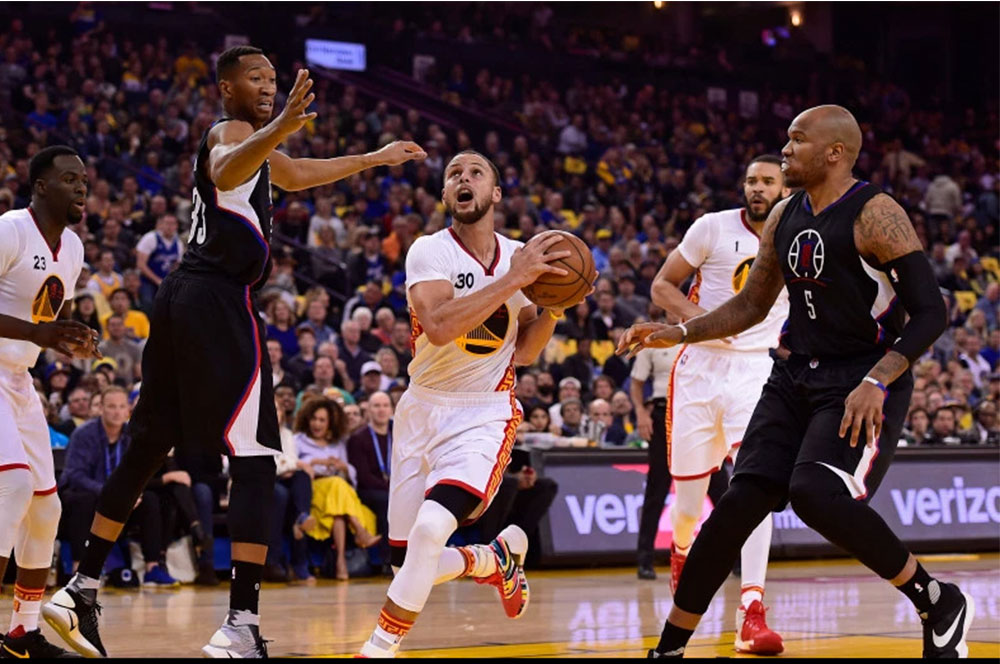 The Warriors scored 117 points in three quarters, the most by any team through three this season.

Warriors-Clippers is normally a rivalry matchup between two teams wanting to impose their will on one another, but Golden State put this one away early.

Without Chris Paul, who’s out nursing a broken thumb, Stephen Curry went bananas, scoring 43 points on 15-for-23 shooting, including a barrage of nine three-pointers to give his Warriors a whopping 117-74 lead at the end of the third quarter.

Golden State’s 117 points through three quarters was the most by any team this season, and the Warriors’ combined 86 points in the second and third quarters alone outscored Los Angeles’ 74 points heading into the fourth.

Translation: The Warriors are just that good.

And it started with Curry, who made ridiculous shot after shot to bury the Clippers at Oracle Arena.